BLURB
As
a kid, Logan Preston was a brat.
Through his teens, he
became the bad boy.
Now, at nineteen, no one knows what the
hell to expect.High
school dropout, Logan Preston is a
good-for-nothing
stoner.
A black sheep.
A disappointment.
The
worst Preston Punk of the lot.
At least that’s how everyone in
his small town
makes him feel.
But Logan Preston
has secrets.
Secrets so dark and so deep below the surface
that the only way he can fight them is to stay high, high, high.
He
wears cockiness as a mask.
Arrogance as his armor.
Until
one girl, one night, asks one life-changing question:
What’s
beneath the bravado, Logan Preston?

I’ve traveled this journey from the very beginning. I met young Logan back in More than This. Jay captivates you with her characters and as we travel through the More Than series she has slowly made these characters feel so much more like family than fictitious characters in a book. Logan is book 2 in her spin-off Preston Brothers series, but they can be read as a standalone. It’s probably fine as a standalone, BUT I can only implore you start at the beginning. You need to meet all these characters they way they were intended.

“Filters are for people who live their lives trying to impress other people.”

Logan was all that I wanted and more. He’s real. He’s broken. He’s redeemable. He’s the biggest Preston punk of the bunch, and we all still love him. He definitely has always seemed a bit more troubled and we finally find out why. When he meets Aubrey, the chemistry is off the charts and the banter and sarcasm is so hilarious.

But where Jay always writes humor into her books, there is also a deep side. A damaged person. A broken heart. In this story… both. Logan is damaged. Afraid to depend on another. Afraid to fully commit. Afraid of letting go. Aubrey is running from a broken heart and learning to find herself. There is definitely a slow build up in this book as there is with most YA books and the deeper issues that lie within. And Aubrey and Logan come out on top braver and stronger than before.

“He holds my hand and everything inside me breaks, crumbles to ash. A second later, his lips are on my temple and my eyes are closed, and I feel all the broken pieces, the leftover ashes formed by our destruction, get swept away with the touch of his hand, and I’m being rebuilt, rewired from the inside out…”

I absolutely loved this book. I’ve loved this series from the very beginning and it feels as though Jay has brought me home to see my family that I haven’t seen in way too long. To remind me just how much I love the Prestons and the mayhem that comes with them.

“…we can’t ever let the people in our pasts, and the pasts we created, define who we are and what we stand for, what we live for. What we love for.”

From the single moment Logan was mentioned by Jay in More Than This, I was infatuated with him.  He was always a misfit and the black sheep.  A missing puzzle piece of sorts to the legendary Preston Punks, but I craved him.  So when she chose to write his story, I almost passed out from my elation!!!  That I would finally get to know the man that I KNEW was so much more that what he was offering on the outside.
Be careful what you wish for… because Logan’s story exceeded what I could have ever thought Jay could have written for him.  Jay McLean has written about a beautiful, heartbreaking train wreck.
Logan is in deep.  His thoughts are his worst nightmares and he is in fact self destructive.  He numbs himself almost constantly to obliterate his reality on the weekend.  His very being is shattered.  Logan is a lost soul and you desperately want to know why throughout, but it’s a slow torturous wait to find out his truth, Your heart will plummet, and just when you think it can’t take any more, she shanks you… over and over… and over.
Aubrey, aka Red, is his super hero in an over sized sweater who just wants to look at the stars one night.  Everything looks different after that night as he begins to actually FEEL.  She makes him TRY.
This is a story of striving to be better and facing your nightmares.  It’s an incredibly haunting journey of a man who tumbles to the depths of his own personal hell and how he finds his way back to peace.  Amazing book!
GOODREADS
LINK:
http://bit.ly/2gOlWwp 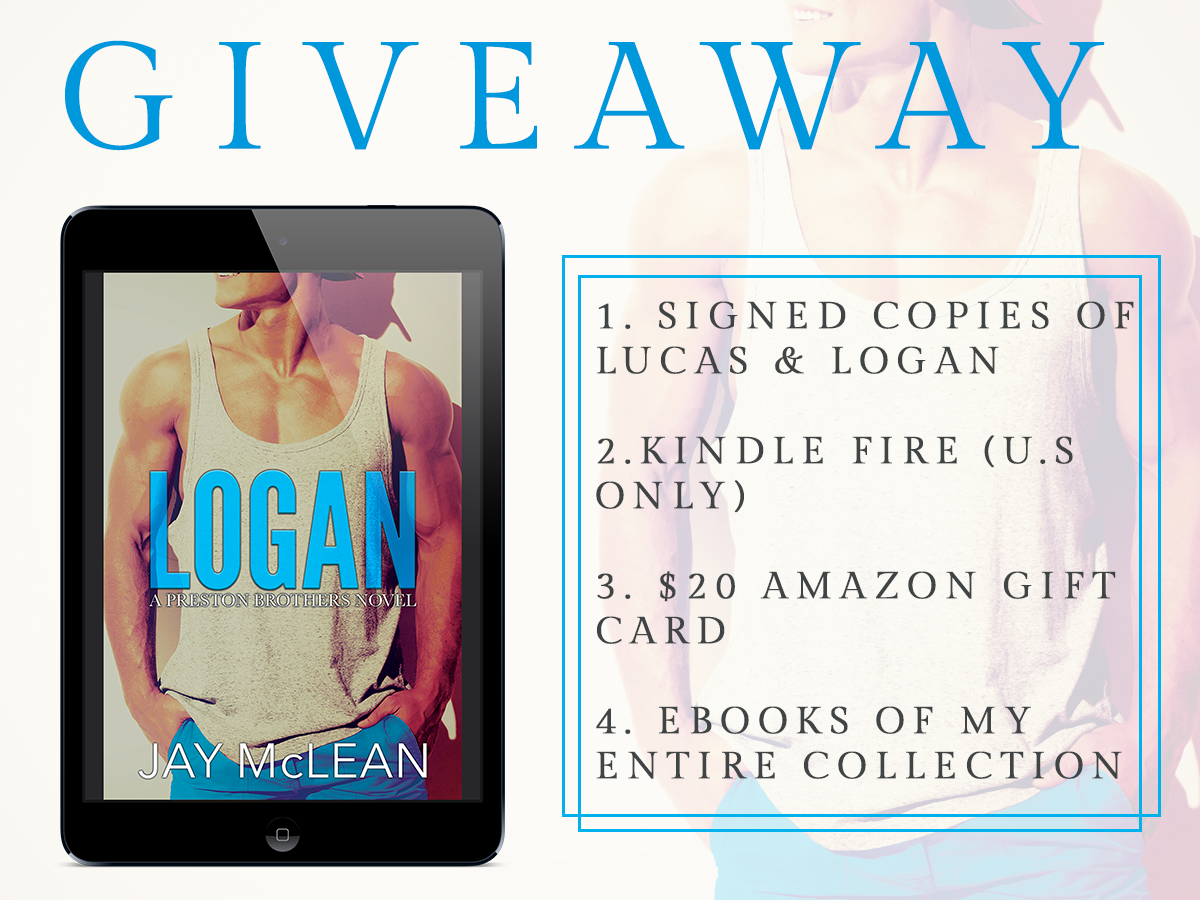 She writes what she loves to read, which are books that can make her laugh, make her hurt and make her feel.
Jay lives in the suburbs of Melbourne, Australia, in a forever half-done home where music is loud and laughter is louder.
Jay McLean is an international best-selling author and full-time reader, writer of New Adult Romance, and most of all, procrastinator. When she’s not doing any of those things, she can be found running after her two little boys, playing house and binge watching Netflix.