A sports romance, a fake boyfriend and Ilsa Madden-Mills, there’s no better mix!!

Ilsa Madden-Mills is one of those authors who whenever I read her I think, “damn I need to go back and read more from her.”.  I then go on a binge and catch up on anything I have missed from her.

Her characters are flawed but strong.  Characters you cheer for, want the best for and fall in love with while reading. And this book is no different – except – you might fall in love a little deeper with these characters.  So are they both broken, in need of each other and they don’t even know it.

Zach (or Z as he’s called) and Sugar are those 2 characters.  Z, THE Man on Campus, star hockey player, known manwhore and Sugar – raised by her mother’s friend who owns a strip club, meet after Sugar “accidentally” meets Z.  Z can help her achieve the goal of attending Vanderbilt so she pursues him to be her fake boyfriend.

Once these two start to get to know each other, you know what’s gonna happen right?  They fall in love and its a HEA?  Ilsa didn’t make it that easy on them and that’s why you will enjoy every angst-filled moment of this book. 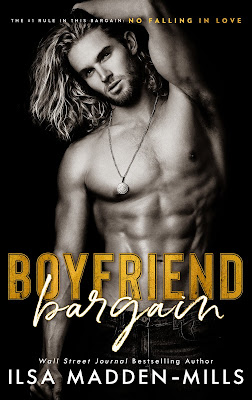 Wall Street Journal bestselling author Ilsa Madden-Mills returns with an all-new swoon-fest of a novel about what happens when you take a chance on love.
Wanted: one hot guy with rock-hard abs and a big stick
Broke and desperate, Sugar Ryan has no use for arrogant, bad boy athletes . . . until she’s forced to bargain with the cockiest of them all.
If only he knew she was alive.
Her mission? Get on this hockey player’s radar any way possible.
Zack Morgan is the king of the ice and the bedroom—but nothing prepares him for the mystery girl who shows up everywhere he does—frat parties, his favorite bar, and finally his front door with an offer he can’t refuse. The only rule in her boyfriend bargain: no falling in love.
But after one smoking-hot hook-up, he’s done with pretending and vows to make their fake relationship real. Too bad she can’t trust a player with a reputation for breaking hearts.
Will this hockey star score his forever girl or will their Boyfriend Bargain end in heartbreak? 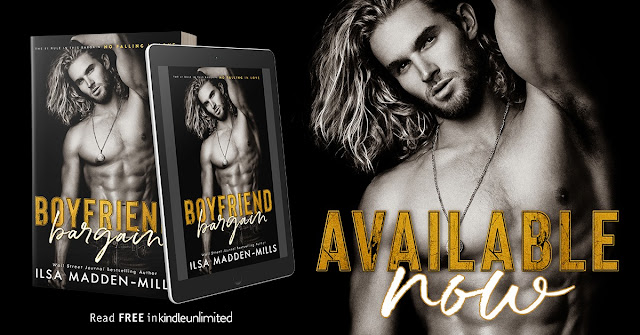 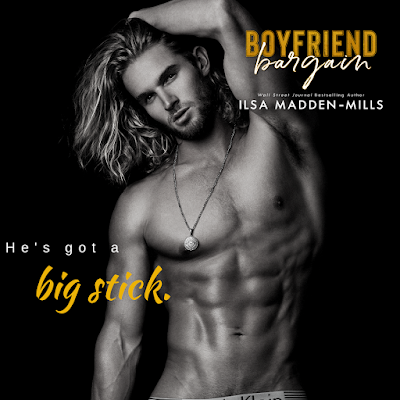 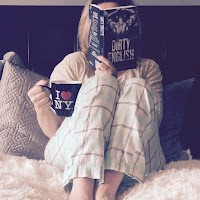 Wall Street Journal, New York Times, and USA Today best-selling author Ilsa Madden-Mills is best known for her contemporary romances ranging from new adult angst to romantic sports comedy.
Seven of her ten novels have placed in the Amazon US Store Top Six Best-seller List: Dirty English hit #1; Fake Fiancée and I Dare You hit #2; I Bet You, Filthy English, and Very Bad Things all placed #6 in the Amazon US Store.
The Last Guy, her collaboration with Tia Louise, hit #4.
A former high school English teacher, she adores all things Pride and Prejudice, and of course, Mr. Darcy is her ultimate hero.
She’s addicted to frothy coffee beverages, cheesy magnets, and any book featuring unicorns and sword-wielding females. Feel free to stalk her online. 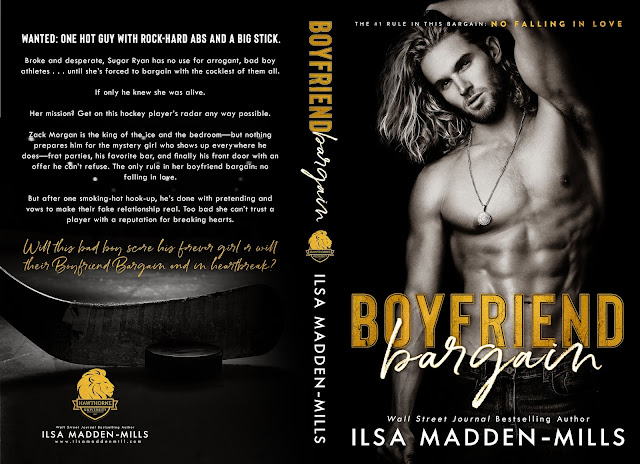