Into the Light by Aleatha Romig 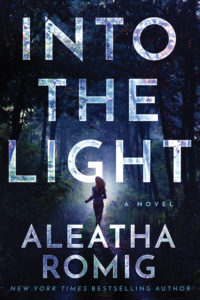 An investigator’s search for a friend draws her into a world darker than she could have imagined.

Sara Adams awakes blind, unable to remember the most basic details of her life, but her darkness seems a blessing when she discovers the terrors of The Light.

Stella Montgomery investigates the news on the mean streets of Detroit, where she’s noticed a disturbing trend: young women are vanishing. When her best friend disappears, Stella investigates—despite warnings from her police detective boyfriend—following a twisted trail that leads her through the city’s most dangerous and forsaken precincts. There she uncovers something more sinister than she could have imagined: a shadowy organization known as The Light, led by the enigmatic Father Gabriel.

As Sara struggles to understand her place in the strange world she’s awakened to—an oppressive cult demanding unquestioning obedience—and her feelings for Jacob, the husband she can’t recall and whose harsh and tender attentions confuse and beguile her, Stella risks all to discover the truth. But enlightenment always comes with a price…

Published through Thomas and Mercer and scheduled to be released June 14, 2016 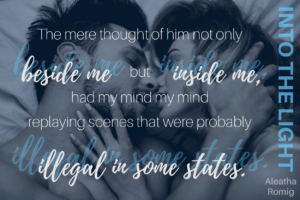 What would happen if you disappear in the middle of the night? Would you be found? It’s like, I wake up and have no idea who or where I am. Is  this really my life? I’m so confused… Into the light is so different from Alethea’s other books. I was so intrigued by this story. It was like something out of Law and Order! I loved the story! If you know how Aleatha writes, you can sometimes catch a clue and have some ideas, but this is one that will have you keep speculating. It’s so well written and the characters; it just flows together.
Buckle up for the ride. It’s intense, suspenseful, and a thriller. I think this Aleatha’s best yet. This book one of this series and it’s going to captivate you. It’s so hard to put it down. Sara Adams finds herself waking up in a hospital after an accident with no memory. Her injuries are extensive, plus she has bandages on her eyes. Can you imagine how emotional and scary it is to find out your married to Jacob and your life is inside a cult? She has so many questions but that’s frowned upon. You are to obey your husband and the organization.
There are so many scenarios, theories, the layers of possibilities are unbelievable your mind is going to be spinning if you know Aleatha writing style then you except nothing less.
We come across Stella Montgomery, who investigated the disappearance of her friend, Mindy. When she stumbles on missing women cases, everyone becomes a suspect which leads her into dangerous situations. While Sara Adams is regaining her life within the cult and husband Jacob by being obedient, the religious ways to avoid the correction of the organization. Will Sara ever regain her ways of the dark, or will she stay in the light?
I highly recommend this book. It’s full of suspense and mystery. The story does have a cliffhanger, but don’t let that keep you from reading. The ending comes at the right time, and there are so many ways this story can go. This is her best work yet! 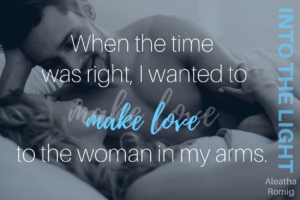 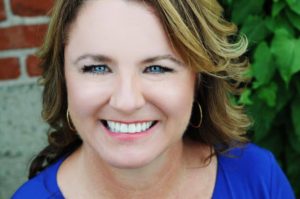 Aleatha Romig is a New York Times and USA Today bestselling author who lives in Indiana. She grew up in Mishawaka, graduated from Indiana University, and is currently living south of Indianapolis. Aleatha has raised three children with her high school sweetheart and husband of nearly thirty years. Before she became a full-time author, she worked days as a dental hygienist and spent her nights writing. Now, when she’s not imagining mind-blowing twists and turns, she likes to spend her time a with her family and friends. Her other pastimes include reading and creating heroes/anti-heroes who haunt your dreams!

In the fall of 2015, Aleatha moved head first into the world of dark romance with the release of BETRAYAL, the first of her five novel INFIDELITY series. She also began her traditional publishing career with Thomas and Mercer. Her books INTO THE LIGHT and AWAY FROM THE DARK will be published through this mystery/thriller publisher in 2016.

Aleatha is a “Published Author’s Network” member of the Romance Writers of America and represented by Danielle Egan-Miller of Browne & Miller Literary Associates. 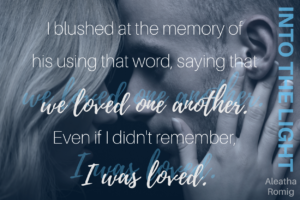 Mute as I was, with my eyes covered and my hand encased in Jacob’s, no one but my husband noticed my lack of participation. I remained still as he continued to relay my nonexistent responses, leaving me a bystander to my own story and unable to affect its outcome.
Maybe this wasn’t real, maybe it was a bad dream and the scene would soon fade. My stomach twisted as their exchange continued and they discussed my insubordination and correction. Each time Brother Timothy condemned, Jacob reminded him that my transgressions were alleged, not proven. It was as if suddenly I were on trial in my hospital room instead of in a court of law.
It wasn’t until I heard the word banishment that their conversation again registered. Whatever had been said had apparently been the parting word. Murmurs floated above the sound of various sets of feet exiting, then finally there was silence. When the door clicked closed I released my breath.

Turning toward my husband, I waited for an explanation. Nothing. I was about to pull my hand away when I felt a tug on my right arm and a woman spoke.

So many brothers and sisters. So unfamiliar.

“Are you giving her more medicine?” Jacob asked.

“After the doctor comes. He’d like her to be awake.”

“Tell him he’ll need to wait until morning. She’s had enough commotion for her first day.

Bring her medicine, something to drink, and let her sleep.”

I pressed my lips together in protest. Not that anyone noticed. They were doing it again. Discussing me while I was right there. Why does no one else find this wrong?

“I’m sorry,” the woman, who I assumed was a nurse, said. “The Commission hasn’t approved her intake of fluids. Refusal of nutrients is an approved decree.”

“It’s been over a week. She needs more than what she’s getting from that needle.”

“I believe they’ll discuss it in the morning since Brother Timothy was able to see and talk to her. They should have a revised decision by tomorrow. I can’t go against . . .”

Jacob sighed and his grip remained tight. “I understand,” he conceded. “Then bring me ice chips. If we hurry before they melt, they’ll be solids and not liquids. That won’t violate the Commission’s authority.”