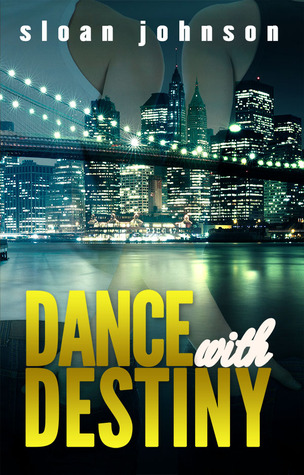 Tony DeLuca has to get to New York, nor’easter be damned. His older sister is getting married and it won’t matter to her if the entire east coast is shut down if it means she’s short a groomsman. She’s the only reason he’s willing to make the trip home to face a father who’s never forgiven him for wasting a perfectly good degree to become a firefighter. And that’s only the tip of the iceberg when it comes to everything about Tony that his father will never accept.

Dominic Tricoli’s living his dream. He’s spent the past few years working to mesh his business degree and love of the outdoors into a thriving company, providing team building retreats for some of the country’s largest corporations. Unfortunately, there’s a price to pay for happiness, and having someone to come home to at night is the sacrifice Dominic made.

When Dominic overhears Tony’s plight, he’s drawn to help the man get to New York City. Little does Dominic know that one kind gesture will awaken a side of him he’s ignored for far too long. Against his better judgment, he gives in to his desires and Tony’s advances. Just for the night.

When destiny steps in, giving him another chance with the charismatic man who saved his hide, Tony’s willing to do whatever it takes to earn Dominic’s forgiveness and understanding. There may not be forever, but Tony’s determined to enjoy every single minute he’s given with Dominic.

You can’t fight fate. Whatever’s meant to happen, eventually will.

The motto for Dance with Destiny should be, in life one door closes and another opens…..
I have only read two m/m books. Both from Sloan Johnson. I found both fabulous and riveting. She’s a straightforward writer that doesn’t use unnecessary filler. No bullish*t and no sugarcoating! I love how she can transport you into the life of her characters and make you totally understand their plight. Her books seem to have an underlying message of unacceptance. How some families can reject their child based on their sexual preference. Having to be embarrassed about who they truly are…. Besides the heaviness of that, her books are filled with wonderful complex characters that will have you engrossed in their story. You can not help but fall in love with these boys!!!
We meet Dominic at the airport heading to NY for his best friends wedding. Being around Christmas the weather is horrible and all flights are delayed or cancelled. Instead of sitting around, he decides to rent a car and drive to NY. In the process, he hears another man’s frustration over the flights. Being the great guy that he is, he offers the stranger, Tony a ride. Before leaving, they pick up two girls on there way. With a full car, they set off on a journey that will change their lives forever. Could it be fate? The stars aligning??
Dominic is classy and reserved. He has a comfortable successful life. While Tony is crass and has no filter. He’s the black sheep of his family. What do these two have in common?? Nothing except chemistry! When they get together it’s nothing but fireworks. Being so different works for them, each bringing something to the table. Completing each other. Even though Tony stumbles and seems to do everything wrong, Dominic can’t stay away. Tony and Dominic have this whirlwind romance that goes from zero to a hundred. Doing everything the opposite of what they should. Both not realizing what is happening to them… They can’t possibly have feelings for one another. Can they??? Their venture is humorous, sexy, emotional and complex. Their secret and pasts are revealed. Seems like both have some soul searching to do.  Both need to face theirs pasts, so they can move toward a future. Whether it be together or apart. There are many bumps in this road! I loved their personal growth and watching them transform. Especially my boy Tony. (Don’t tell Dominic but Tony is my favorite!) I have a great affection for all the characters surrounding them. They were excellent. Each delivering something special to the story. Making my heart swell!! I pray there is a second book because I definitely need more of these boys!!!
I need to thank Sloan Johnson for opening my eyes about gay couples and a whole new genre of books. Love is love! I can not wait to read what she writes next.

Sloan Johnson is a big city girl trapped in a country girl’s body. While she longs for the hustle and bustle of New York City or Las Vegas, she hasn’t yet figured out how to sit on the deck with her morning coffee, watching the deer and wild turkeys in the fields while surrounded by concrete and glass. When she was three, her parents received their first call from the principal asking them to pick her up from school. Apparently, if you aren’t enrolled, you can’t attend classes, even in Kindergarten. The next week, she was in preschool and started plotting her first story soon after.

Now, Sloan is a tattooed, purple haired mom of two kids, one of which was a thank you present to her husband for letting her get a Staffordshire Terrier with more anxiety issues than Sloan has, which is saying something. She’s been kicked out of the PTA in two school districts and is no longer asked to help with fundraisers because she’s been known to lose herself in a good book and forget that she has somewhere to be.