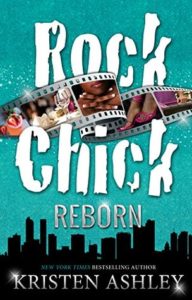 As a Rock Chick, Shirleen Jackson lived through all the kidnappings and explosions. Along the way, she also watched the dramatic love stories that came with those rides unfold.

But long ago, Shirleen made her choice. It affected who she was and would always be. She decided to settle for what she had and not want more. She had good friends. She was raising two fine young men who weren’t hers, but she loved them anyway.

And then Moses Richardson crashed into her life, literally… and deliberately.

Moses has different ideas about Shirleen. He’s more interested in the Shirleen of now, mostly because she’s interesting. And funny. And loyal. Smart. Beautiful.

But Moses has a big challenge on his hands.

He has to convince Shirleen of all that.

And then convince her she deserves to have more.

Shirleen got her HEA!!! Moses crashed into Shirleen, quite literally, to get her attention. Sometimes there are small scenes in books that just stay with me. It might be a first kiss, or it might be something funny, sometimes its as simple as a supermarket staredown. This book has that unforgettable meeting, the kind you will think about. I love this.

If you have never read a Kristen Ashley book…

First…what planet have you been on!

Second… Get on that. Start with Indy Savage and move right along.

Third… I don’t even know… how can you not read Kristen-The Queen of Rock Chicks- Ashley??

Okay, if you’re like the rest of the sane world and adore KA, then this book will make you happy. It will grip your heart in with a final tale, that I’m so grateful was told. Shirleen, isn’t the typical romance novel heroine. She’s an older black woman and Moses is an older black man. Typically, stories with characters in their fifties are not my thing. What works for an older character for me, is the no-nonsense, I know who I am, attitude. They don’t waste time with bs. They go for it.

This is a five for me, my only downside is I wanted more. I wanted to see Shirleen meet Moses’s daughters. I wanted to read about Roam falling in love. I wanted to see the boys turn into men. This doesn’t detract from my five-star rating because what Kristen Ashley does is she makes you care about all of the characters. She makes you never want the Rock Chicks to end.

I  feel like this book deserves a thank you. Thanks, Kristen, for giving Shirleen her story, for giving us a little bit more, for making these characters live on. 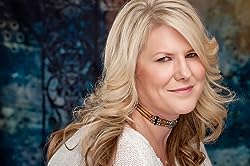 Kristen Ashley was born in Gary, Indiana, USA and nearly killed her mother and herself making it into the world, seeing as she had the umbilical cord wrapped around her neck (already attempting to accessorise and she hadn’t taken her first breath!). Her mother said they took Kristen away, put her Mom back in her room, her mother looked out the window, and Gary was on fire (Dr. King had been assassinated four days before). Kristen’s Mom remembered thinking it was the end of the world. Quite the dramatic beginning.