His Light in the Dark, by LA Fiore

His Light in the Dark by L.A. Fiore
Contemporary Romance
Released: February 9, 2016

My first memory was of a slap, hard across the face: the sting on my cheek and the jarring of my bones as I slammed back into my bed. It was my dad who had hit me.
I had been four.
Most of my memories were much of the same and no one ever saw, no one ever fought to help, no one ever cared.
Then we moved.
My new neighbor cared, rescued the twelve-year-old I had been from a beating. Always thought I’d suffer the nightmare alone, I was wrong.
Mace Donati saved me that day in all the ways a person could be saved.
And his daughter, Mia, she became the friend I had always wanted, my conscience when my own faltered, the light that led me home when I had lost my way.
The girl who grew into the only woman I would ever love.
But when you realize you’re more like your father than the good people who took you in and gave you a home, the only way to return their kindness is to let them go.
I let them go, got so far lost in the shadows I couldn’t remember who I was anymore. Mia never gave up on me. She fought for me, kept the light on so I’d find my way back.
And when I did, life threw us a curveball. I had to hurt Mia in order to save her.
But when my past comes back to haunt me and I almost lose her, I’m ready to fight for her…fight to find a way back into her heart while keeping the demons from my past from finishing what they started.
~ Cole Campbell

KERRY’S 5 STAR REVIEW
His Light in His Darkness is one of those books you can’t put down! Its filled with mystery, suspense, you’re intrigued, emotional, and oh the anguish! It starts of with Cole and Mia beginning their youth with the trials of growing up. Cole comes from an abusive background and Mia has just a loving, caring single father named Mace. Mace takes Cole under his wing, but due to unfortunate events in this past Cole is fighting and he tries to see the light in this future but there’s just too much darkness. Cole and Mia grow into Adulthood and are on different paths. They remain friends but tragedy strikes them and in this process there both fight a losing battle with the war Cole is fighting within himself but Mia is trying to help him see a different way. Will they come together and fight for Cole’s future or will they go their separate ways? This is one book you can’t pass up! It’s full of twist, lies, deceit, & the suspense is a killer! Once you think you’ve figured it out you’re hit with a “BANG” and it throws you completely for a loop!! There are a few times I’ve wanted to throw my kindle because I was on the edge of my seat! There are times I was holding my breathe! Cole was pissing me off with his hot/cold attitude to be honest. I loved Mia and Mace’s relationship. The bond they shared has father/daughter was indescribable. It was wonderful to see some light in a book full of so much darkness. So far this is one of my favorite read this year!
* * * * *

“What an emotional roller coaster that was for me…unbelievable, i loved it..it was so different and unique.” -5 Star Review from My Book Filled Life

“It’s raw, emotional, and beautiful all at once plus full of twists and turns.” -5 Star Review from Vanilla Twist Reads

“This will by far be one of my favorites for the WHOLE YEAR. I know it is only January but I am THAT sure.”– 5 Star Review from Author Grace Morales 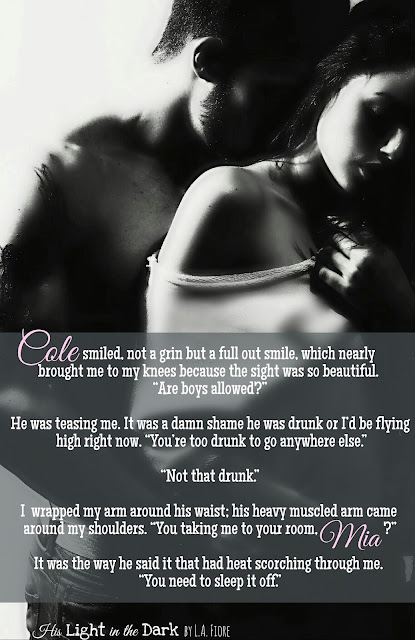 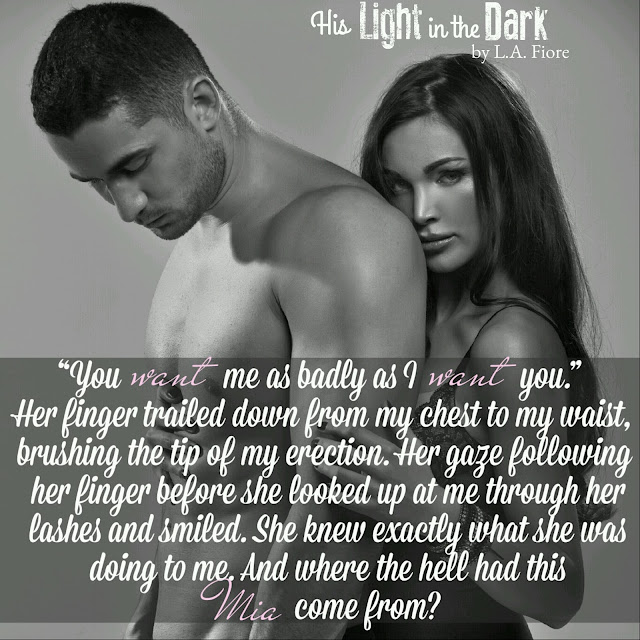 Please help in Supporting L. A. Fiore Thunderclap Campaign of His Light in the Dark. Releasing on February 9th. Just click support and you are done. Thank you for supporting this author and her upcoming release! 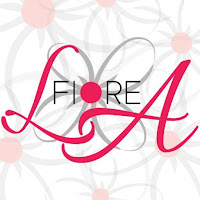 L.A. Fiore is the author of several books including: Beautifully Damaged, Waiting for the One and A Glimpse of the Dream. She’s also the social secretary for her two children, a tamer of ill-mannered cats, the companion to one awesome dog and married to her best friend. She likes her wine red, her shrimp chilled and her social gatherings small and intimate.

NEVER MISS A THING! SIGN UP FOR L.A. FIORE’S NEWSLETTER : 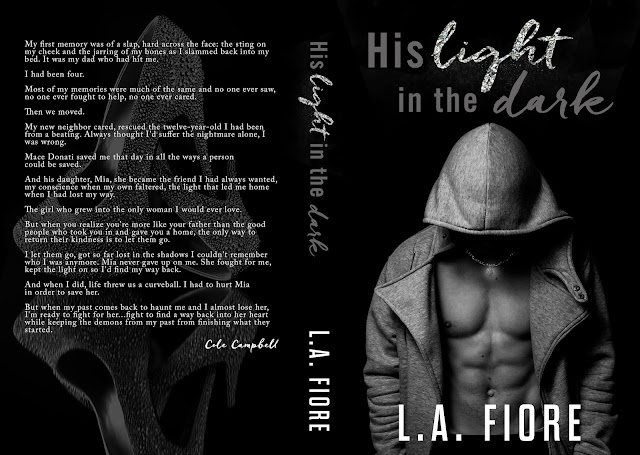 Tags: A Light In The DarkLA FIORE