#FiveBlushReview ~~ Be The Girl by KA Tucker 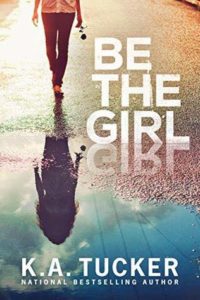 Tera’s 5 Up All Night Blush Review

This is the first book I’ve read by K.A. Tucker since Ten Tiny Breaths. While Ten Tiny Breaths didn’t capture my soul (despite most other readers adoring it), Be the Girl most definitely did. This is a story all about a girl learning about regret and redemption in such a volatile time in her life.

Aria Jones is the new girl, starting over in a new province halfway across Canada with just her mom. They move in with her very old great-uncle, Merv, who is grouchy but lovable all the same. Aria keeps a journal as recommended by her therapist who was a great touch to get inside the mind of Aria and kept me dying to know what really got her in her new place. You could really tell she wasn’t who she used to be, but we don’t find out right away, just who Aria was.

“Being a better person doesn’t mean hiding from or lying about who I used to be.” 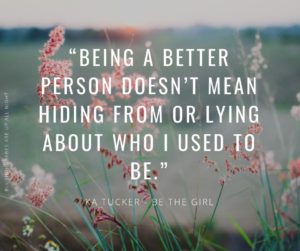 Enter: “boy next door,” Emmett. He’s handsome, sweet, charming and dotes on his younger sister, Cassie, who happens to be autistic. He also just happens to be dating beautiful, sweet, caring Holly Webber. Emmett is the popular guy you’d expect to have some type of flaw, but he just doesn’t. He is genuine to his core. Cassie’s character is also written to perfection, and you can’t help but adore her genuine love and happiness in the story.

Now, as a reader who is probably “too old” to be reading YA (DON’T TELL ANYONE THAT), I found myself flying through the day-to-day parts of the book for the simple fact that I NEEDED to know what the heck happened back in Calgary to push Aria and her mother to such an extreme “do-over.” What I got was an ending that packed a huge punch. ”

K.A. Tucker wrote a story that is important. It touches on several different issues that teens and even children are going through that is becoming more and more prevalent today. This beautiful story about regret and redemption is heartwarming and poignant. Its overall message begs us to be better people and to be kind to one another. It’s a story that anyone could walk away from really questioning even their own behavior and that being different is okay. 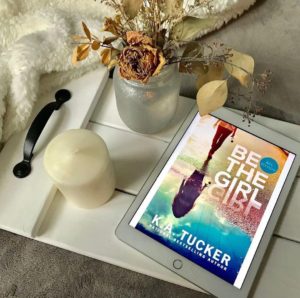 Almost sixteen-year-old Aria Jones is starting over. New postal code, new last name, new rules. But she doesn’t mind, because it means she can leave her painful regrets behind. In the bustling town of Eastmonte, she can become someone else. Someone better.

With the Hartford family living next door, it seems she will succeed. Sure, Cassie Hartford may be the epitome of social awkwardness thanks to her autism, but she also offers an innocent and sincere friendship that Aria learns to appreciate. And Cassie’s older brother, Emmett—a popular Junior A hockey player with a bright future—well … Aria wishes that friendship could lead to something more. If he didn’t already have a girlfriend, maybe it would.

But Aria soon finds herself in a dicey moral predicament that could derail her attempt at a fresh start. It is her loyalty to Cassie and her growing crush on Emmett that leads her to make a risky move, one that earns her a vindictive enemy who is determined to splinter her happy new world. 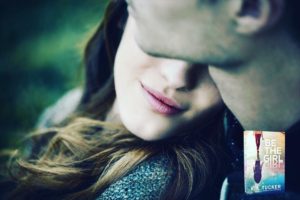