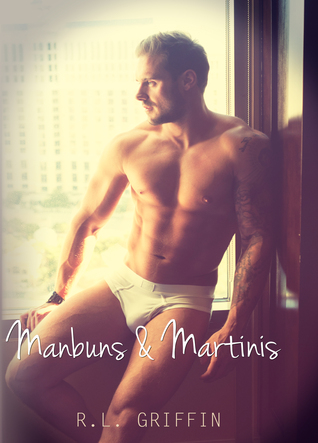 My name is Brad Ellis. You think you know me. You don’t know shit. I’ve been a hustler my entire life. I work three jobs to get what I want, but I’m not there yet. I live with a roommate that has been my best friend for over a decade and we make it work, but life is hard. It’s always been hard, until I met Megan Walker.

Sometimes people come into your life and you think it’s just for fun and games. Then they turn into one of the most important people. Don’t take anyone for granted, because as soon as you do they will be gone.

BBAUAN:If Megan told you she wanted more than a fling would you want it?
MEAT: I think at a certain time I might have, but it would’ve never worked with us.
BBAUN: Did you really think Madison just wanted to keep being your fall back? How could you not see the signs? MEAT: Because I am a man and men are stupid.
BBAUN: Meat,  if there’s one thing you could have done differently what would it be?
MEAT: It would be a game in college. I would have run the other way. I would have watched my left side for the Mac truck that ended my football career.
BBAUN: How are you and Duncan enjoying your new adventure?
MEAT: It has been a lot of fun and way more work, but we’re getting there.
RAPID FIRE QUESTIONS…
BBAUAN: Boxer/ briefs/ commando type of guy
MEAT: commando, less laundry, you know?
BBAUAN: favorite meal?
MEAT: I hardly eat anything really good. I’m used to eating for fuel, not pleasure. I’d rather fuck.
BBAUN: Favorite color?
MEAT: Red
BBAUAN: What turns you on?
MEAT: Most things can turn me on. Even a burrito or a song or well you get it…anything.
BBAUN: Are you kinky?
MEAT: Do I spank people? No I’m not into that, but I am open to most things, positions, toys, swings, creams, food, whatever in bed. Is that kinky?
BBAUN: Morning sex OR nighttime sex?
MEAT: You know there is something really sexy about waking up next to someone and having them right away with stinking breath and sleep still in her eyes.
BBAUN: One final questions I have been dying to know…If given the chance would you and Duncan take part in a threesome.
MEAT: Together? I love Duncan, but I’m definitely not sharing Mad with him. Have a had a threesome before? Well you should have asked me that.

We met Brad aka Meat Ellis in Sunshine and Whiskey and it just wasn’t enough, so when he got his own book I can’t tell you how excited I was!  Meat’s story will have you laughing so hard one minute and swoon the next.  He’ll have you like putty in his hands.
Meat is obnoxious & arrogant.  And his brashness is off the charts, so when he gets his own novella and shows us a different side of him he makes you think very differently of him. Meat has the looks, but what’s that saying? “Don’t judge a book by it’s cover?” Well,  it’s so true!  RL has now said twice that she can’t write funny and both times hit has hit it out of the park!
Meat has hopes and dreams like everyone else but when it really hits him in the “ass”, he really has to step up and choose. This is a laugh out loud, funny read.  It’s hilarious!  The antics between him and his friends will leave a smile on your face. Meat has some insecurities that weren’t touch on before so with that and the the way he acts we get a better understanding of him. It’s a short read and you probably will finish in one sitting but it’s so worth the good feeling after you read it!