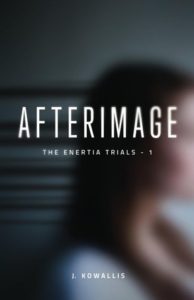 Synopsis
Reggie’s dreams . . .
aren’t dreams.Visions of the future flood her mind like shards of broken puzzles. Caged in her cell, every morning begins the same. She’s drugged, tortured, and images are torn from her memory by Public One.

Until the morning everything changes. The vision is different. The future’s never been about her, and now she knows they’re coming for her:

How will she convince them to keep her alive when Nate, their leader, doesn’t like or even trust her? To him, she’s a science experiment. A machine.

When Public One will do anything to keep her, Reggie must make a decision: remain a slave to her past, or risk her future to venture into a world more terrifying than she’s ever known.

Afterimage 3.5 stars
This book grabs you right from the beginning. It’s fast paced, engrossing, and inventive.  The characters are fantastic and the setting is beautiful. It was a little difficult to get through the alternating 1st and 3rd person POV. Especially when the entire book alternates several character POVs at the same time. The writing could be a little choppy and difficult to get through; however, I will definitely continue the series. 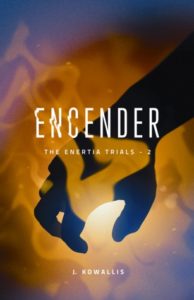 Synopsis
They say you feel cold when you die.
The people I’ve killed would beg to differ.For twenty-something Ransley, the adopted daughter of famed street fighter Estevan Benitez, fighting is all she knows. One hidden detail separates her from the endless string of her pathetic opponents: she can craft and influence heat and fire.

When she’s pitted against the strongest fighters at the infamous Argolla, Ransley faces something she never expected:

Roydon can duplicate himself. When the two collide in the ring, a chain of deals turns Roydon over to Public Four and he’s taken away to undergo the disturbing process of the Nexis. What it is, or what it does, no one outside of The Public knows.

Driven by guilt and a desire to release the only person she’s ever met who’s like her, Ransley isn’t about to leave him for dead—not when he might hold the answers to her missing past. Now she must trust a pair of strangers: a former military man out to collapse the system, and a woman whose premonitions could tear them all apart.

Encender 4 stars
I feel that second books in a series usually don’t live up to the first, but Encender changed my mind. It’s not often that you actually love the second book more! Encender picks up right where Afterimage left off, and once you start you won’t be able to put it down. There are also new characters and settings added to the mix with lots of woven in details.  This author writes such a brutal dystopian world and you can’t look away. If you read this one, you have to read the next one because, well, cliffhanger. 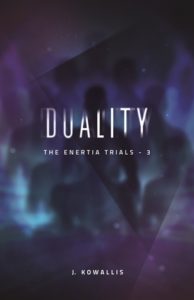 Synopsis
Trust No One.
In this world, nothing is as it seems . . .Reggie’s visions turn to horrifying hallucinations. For weeks she’s tortured with starvation and nightmares that vex her resolve. Her only companion is a mysterious shadow—a figure with no shape, no substance—that seems to have a mind of its own. It’s a presence that prickles her memories and plants a feeling of familiar dread in her mind.
Where she is, she doesn’t know, and the organization delving into her mind is more threatening than ever before.

With the help of shady contacts from his past, Nate struggles to travel half way around the world, facing his own demons and dreadful revelations. But when a stranger joins the team, the duality of this newcomer’s actions sets everyone on edge, leading them through a trial one of them . . . will not survive.

Duality 4 stars
WOW! I am at a loss for words. This book will end you… Rip your heart out leaving you devastated. The build up from book to book made the series that much more appealing.  However, the shock factor in the third book just sent it over the edge.Each book is better than the next, and I highly recommend them.  I can’t wait for the next installment.
Amazon: http://amzn.to/2ixxYKC
About the Author

J. Kowallis grew up in northern Utah, graduated from Weber State University’s creative writing program, and lives in Utah with her Mini Schnauzer, Etta. She enjoys dreaming about, flying to, and writing about distant lands (real or unreal).
Share