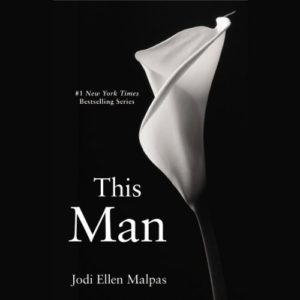 Young interior designer Ava O’Shea has no idea what awaits her at the Manor. A run-of-the-mill consultation with a stodgy country gent seems likely, but what Ava finds instead is Jesse Ward – a devastatingly handsome, utterly confident, pleasure-seeking playboy who knows no boundaries. Ava doesn’t want to be attracted to this man, and yet she can’t control the overwhelming desire that he stirs in her. She knows that her heart will never survive him and her instinct is telling her to run, but Jesse is not willing to let her go. He wants her and is determined to have her.

In preparation for With This Man, we have decided to re-read/listen to the This Man Trilogy and damn it Jesse…we still love you!

The Lord Of The Manor NEVER disappoints!
The Audible version brings back so many memories and feelings. Reminds me how much I LOVE Jesse and Ava!

“Does someone need a reminder?” (Oh -yes please Jesse!)Funny Jesse anyone?

“Ava, when a man gets a calculator out at the end of a meal to work out what you owe. It’s usually not a good sign.”

I have always loved the alpha Jesse but how can you not love the sweet Jesse too?

“The sex is just sex. I can’t get close enough to you. The control is because I’m frightened to death that something will happen to you…that you’ll be taken away from me. I’ve waited too long for you, Ava. I’ll do anything to keep you safe. I’ve lived a life with little control or care. Believe me, I need you..please…please don’t leave me.”

Ava has been given the ultimate man; the book boyfriend of ALL BOOK BOYFRIENDS

“The diversity of this man staggers me completely. This man is a brutal, demanding sex Lord in one breath, and a tender, gentle lover in the next. I love all elements of him, every single one.”

The narrator was spot on for me. She was Ava through and through.  She was the perfect selection to give us the young Ava O’Shea being repeatedly trampled on by Jess “Lord of the Manor” Ward. I may have forgotten how much Jesse was one of my favorite alpha male character.  Jodi Ellen Malpas gave us a book that made me laugh, cry and swoon like no other book has ever done! Onto Beneath This Man, then This Man Confessed then on March 20th we get our Jesse back in With This Man

I read the This Man series several years ago and it was a 5+++ Star read for me then. There is not a woman alive that I know that has read that series and not claimed Jesse Ward as her own. He has been my book boyfriend since about 3 chapters into the very first book. What can I say? He’s perfect…ish.

So fast forward a few years and Queen JEM announces she’s releasing another installment in the series and so I decide to reread the first three books in preparation for the upcoming release. However, I didn’t read. I LISTENED. And I am SO GLAD that I did. The This Man Audible is so deliciously sensual in a way that leaves you completely hot and bothered. Being able to listen to the story in that lovely British accent is a complete and utter turn on for me. The narrator reads Ava perfectly. She reads Jesse perfectly. She even tweaks her accent to pick up on different dialects when doing other characters from different parts of England and it’s delightful.

Listening to the audible version of This Man has been like experiencing this book for the first time. It’s a decadent and spellbinding way to fall in love with Jesse Ward all over again. You won’t be disappointed.