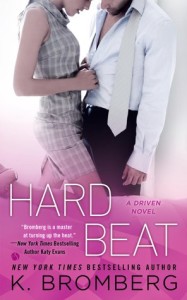 From the New York Times bestselling author of Sweet Ache comes a blistering new novel filled with danger, secrecy, and a desire that can’t be sated…

Foreign war correspondent Tanner Thomas is addicted to living on the edge. Needing the adrenaline rush of his job to help him cope with a personal loss, he throws himself back into the game, concentrating all his energy on getting the next big story.

But when he meets his new photojournalist, Beaux Croslyn, he can’t help but feel like he’s losing his focus—and maybe risking more…

With secrets she won’t address, Beaux is far from your ordinary woman. Determined to keep her distance, she’s willing to pull Tanner in closer and hide behind the sparks flying between them. But as Beaux’s past begins to put their relationship—and their lives—at risk, Tanner’s determination to find the truth puts them both in jeopardy.

He’s ready to chase her to the ends of the earth to find out if what they had was real, or if the danger surrounding them was just an exquisite heat fated to burn out…

Oh ~~ Kristy Bromberg has taken her writing to yet another level.

This isn’t the unicorns and butterflies romance novel you sometimes get. This book is real, it’s rough and it’s oh so sexy at times.

Back in a war torn country, Tanner is heart broken, remorseful and somewhat lost. But he has chosen to return to where he lost his best friend and collegue. He is put with a new photographer, Beaux. He has no idea the impact she will make in his life. Nor does she know how Tanner will change her forever.

I love a male POV book and this is exactly that. I love to see and hear what Tanner is thinking and feeling. There were times I was at the edge of my seat, turning the page without taking a breath. (I usually read on my kindle but was unbelievably honored to receive a paper ARC, so it went with me to the beach and kept me glued to my seat), I may have even gotten a little sunburned staying out there too long, but oh-so-worth-it!

From the writer to gave us Colton – the ultimate in alpha males, the rough rocker Hawkin Play and the unbelievably sweet Becks, now brings us Tanner. Rylee’s brother who is an award-winning foreign correspondent who is returning after tragically losing his partner. He’s not the ladies man we have seen in the past from K. Bromberg, but he’s just as delicious.

Tanner wants to move forward but is stuck in his past and Beaux is keeping something from him but there is this indescribable pull towards her. There some serious sexy going on but that is not the main attraction for me.   There was suspense throughout the book, secrets being kept from each other were my main pull, but when they did get “together” – it was off the charts HOT!

Bromberg has gone into Tanner’s soul and with Beaux’s help brought him back to life through this book. You will see a little bit of Rylee’s spunk and determination in Tanner…and yes – we do see a little snippet of Rylee and Colton in this book too. Just a taste to hold you over until Aced!

Who wasn’t ready to meet Tanner, I know I was… He is full of mystery we only briefly met him as Rylee big brother but there’s a side of him we had no idea about.

Hold on ladies I hope your prepared for a intense, emotional, and passionate man. Kristy doesn’t disappoint us with Tanner and again, she as made me swoon.

Tanner and Beaux have this electricity that sparks from the beginning. They both try and deny and fight it but they know they need to stay alive in this place of hell. I was holding my breath until the end, Kristy has captured every detail, intensity, frustration and bravery.  She touches on the boredom of of what these characters had to endure.  There are twists that I didn’t even see coming. The books had me so emotional and the sex scenes are scandalous “HOT”!

Kristy doesn’t disappoint us with Tanner she makes you fall in love once again.

An ARC was provided to Blushing Babes Are Up All Night in return for an honest review.