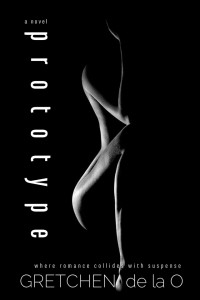 Lauren Matthews believes she will be dead in seven days. She’s done witnessing others around her meeting that exact fate. With the device Marshall Grayson installed in her head as the only golden thread linking them, Lauren is left with no choice but to believe it is her destiny to die.
Unable to see her professional world in Washington DC is about to be ruled by her personal life in San Francisco, Lauren’s two realities collide when Grayson Industries’ influential financier, Alejandro Fernandez, infuses himself in her life. Enchanted by Alejandro’s old world charm and modern sensitivity, Lauren becomes tangled in a web of sex, love, deceit, and murder. She struggles to find a balance between self-preservation and ethical responsibility.
With the full scope of the prototype slowly possessing her every thought, she truly understands―her life is not her own. Will Alejandro’s love be enough to reawaken her soul and change her destiny? 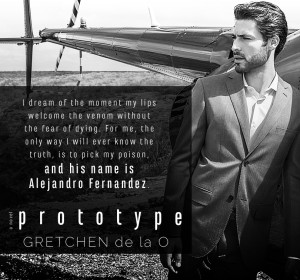 By day she teaches computers at an elementary school, by night she dawns the cloak of motherhood, wifehood, and authorship. Worried that she’s irritating her husband as she clicks away at her laptop until 3 in the morning, she’s penned a New Adult trilogy titled The Wilson Mooney Series. She is finding her way through self-publishing and is truly learning to let go with every curve and bump in the creative process. Gretchen de la O is a mother of three boys, a believer that anything is possible, and a lover of life. Her newest work, Prototype, is the first book in an Adult Romantic Suspense titled, The Possession Series. 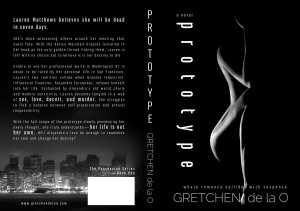