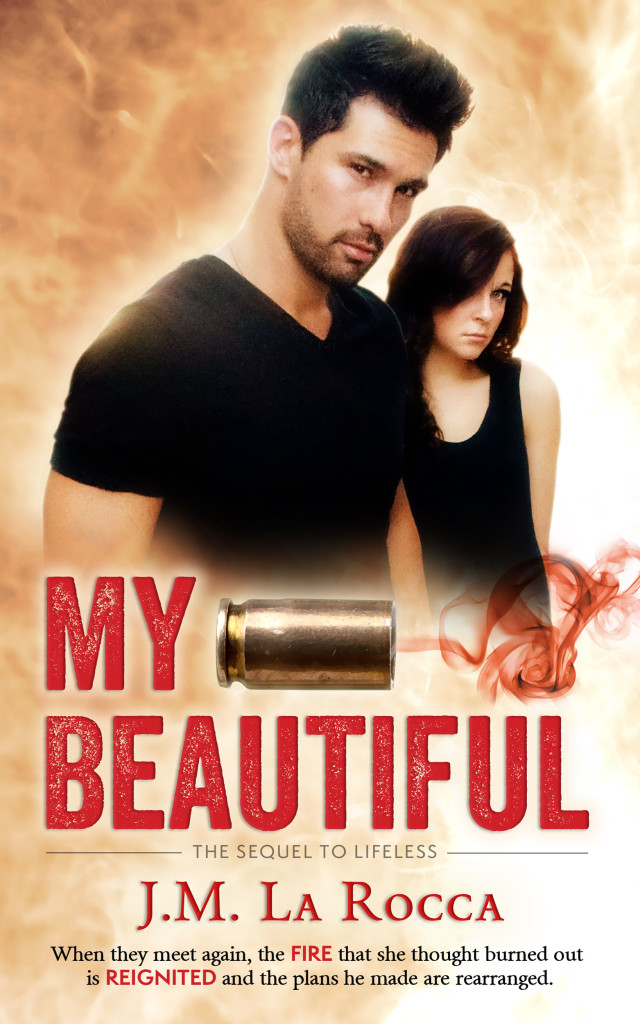 It has been eight months since Scarlett Moore last saw Kade Evans. After being left hurt and confused she tried to forget about him, but he wasn’t easy to forget. She found herself thinking about him often. Even her best friend Jules did her best to get him off her mind by pushing her toward Bryce, the one person Scarlett was not sure she wanted to be involved with.  When a new job opportunity is offered to her and Jules, they jump on it. The idea of starting over again and forgetting the past is enticing to Scarlett even if it moves her to Los Angeles, the same place Kade lives.

Kade Evans’ life revolved around his band, alcohol, drugs, and woman…until he met Scarlett. She is the light to his darkness, his beautiful; the one that makes him see what the future might hold. That is, until his past came barreling back into his life, ruining everything. Hurting her was the last thing he wanted to do, but he did what he had to do to protect her. His plan is to find a way out of his new life before he tries to win her heart back. But life has a plan of its own and unexpectedly, Scarlett walks back into his life.

When they meet again, the fire she thought burned out is reignited and the plans he made are rearranged.

Just when things start to fall into place, they all seem to fall apart and the one person they think they can trust turns out to be the one to hurt them the most.

J.M. La Rocca was born in Chicago, IL. At an early age, her family relocated to lower Alabama where she began her love for writing. She currently resides in Atlanta, GA with her husband and twin sons.
As a stay at home mom, La Rocca was able to pursue her love for writing in GA. It was always an unrealized dream to write her own book. With the encouragement of her mother, La Rocca began to set to paper her ideas for her first book.