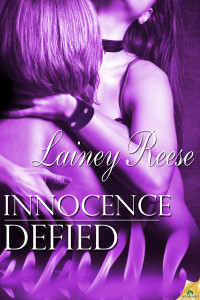 Gage Hollister is a Southern Dom looking for a full time sub/slave. When his family’s business brings him to New York City for an indefinite stay, he decides that now is the time to find her. Night after night he prowls the local BDSM club in search of a woman whose need to be dominated equals his thirst for true submission. As the search drags on he begins to wonder if his perfect match even exists. When he is asked to play chaperone for a family friend embarking on her first trip as an adult; he welcomes the chance for distraction from his thus far fruitless endeavor.

Zoe Marshall is the youngest sister to Gage’s best friend and she has been in love with Gage for as long as she can remember. She has saved herself for him and him alone. Now, after careful planning and a bit of luck she finally has her opportunity to show Gage that she’s all grown up and ready to be his. Although he believes himself too old and jaded for an innocent like her, Zoe will not relent until she belongs to him in every way.

Soon Gage’s resistance crumbles and Zoe’s dreams become reality but their budding love is tested when her brother discovers them. As those bonds of friendship strain under betrayal and broken trust, Zoe is confronted with having to choose between the man she loves and the brother she worships. Will having the love of her man cost her the love of her family? If so, is her heart strong enough to survive that loss? Is their love?

Trailer…created by Becca the Bibliophile

“This Darlin’, is a Texas dungeon.” Gage stood just inside the enormous building and gestured with one arm while he kept Zoe tucked close under his other. He hadn’t let her dress this morning. She’d woken up to breakfast in bed before he’d carried her right out here and she was quite content to stay plastered to his side for as long as he’d let her.

The place was all wooden and smelled of hay and leather. There was a loft that created a semi-circle around three quarters of the building with four wooden stairways for access from different areas. There were beams and crates and saddles in addition to all manner of things that up until a couple of weeks ago would not have caused her to think twice about them. She would have taken everything at face value and just assumed this was a very clean and beautiful, yet ordinary barn.

Now, she saw it with the eyes of a sub and every hook, box and rope had endless possibilities that caused her body to tingle in a combination of trepidation and eagerness. Looking at all the different equipment and devices caused images of herself and how she could be strapped on or against them at the hands of her master to flash through her mind.

“Kneel here,” Gage’s voice had that undertone to it that somehow made it impossible for her to deny. Her legs folded without thought. His hand stroked over her hair, “Legs spread. Wider. That’s good. Now, arms behind your back; that’s the way. Stay exactly like that.” He walked away from her with his long stride and didn’t look back when he added; “I’ll just get some rope.” 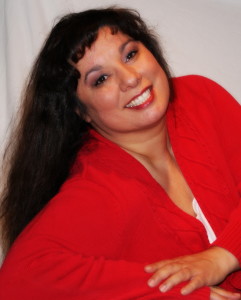 Lainey lives in beautiful Washington State.  She’s the youngest of five and always wanted to be a writer.  Her first novel -A Table for Three- was nominated for best debut novel of 2010 by The Romance Review and marked a dream come true for Lainey.

With her third published release -Damaged Goods- Lainey saw another of her dreams realized when she took a leap of faith to become a full time author and left the safety net of a day job behind.

Now she spends her days writing with her dog at her feet and a cat curled in her lap and asks herself a dozen times a day; how’d I ever get so lucky?