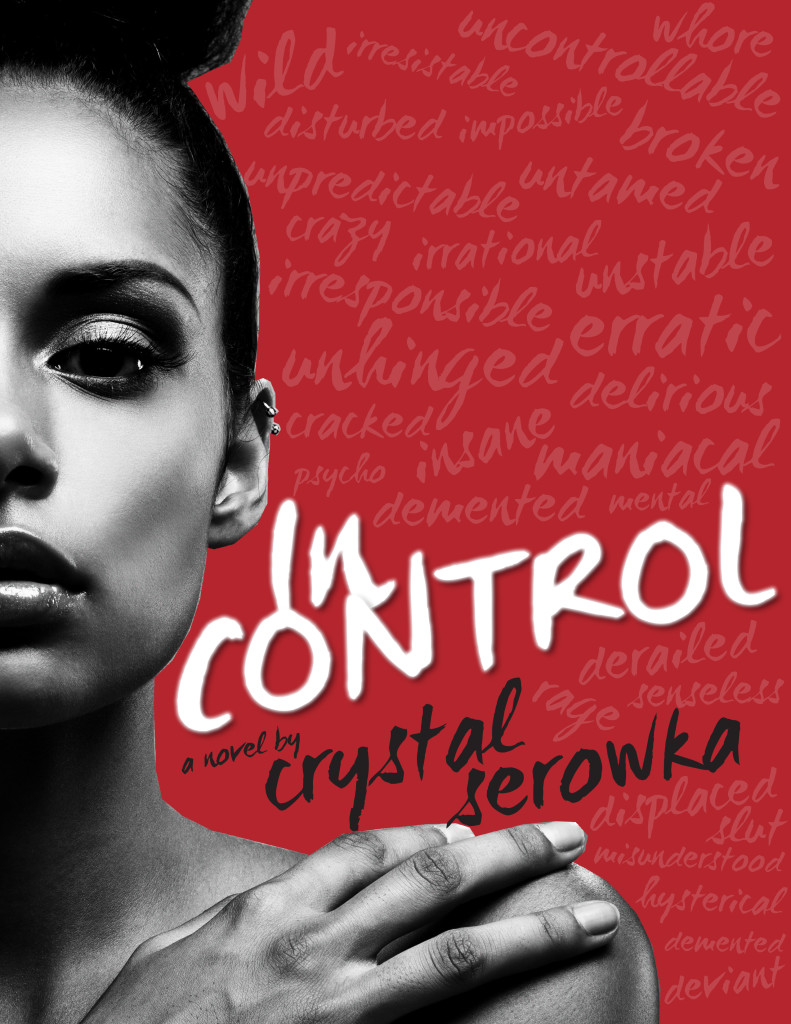 Cover Designed by: Angie Fields of i love it design studio. https://www.facebook.com/iloveitdesign

Note: This story is based on Kingsley’s past/present. She was introduced in the first book, In the Air. (Check out our review here!) This book is not a continuation from In the Air, so you don’t necessarily have to read the first book to understand what’s going on in this one.

I wasn’t a typical teenager.
I’d been through more rough patches than a weed eater.
I didn’t grow up behind a white picket fence.
I didn’t go to Sunday school.
My body was no temple, though it was worshiped by many.
Girls kept their boyfriends away from me for good reason.
I was desired.
Wanted.
Admired.
While my friends were following the rules, I was breaking them.
I’m careless.
Reckless.
Uncontrollable.
I don’t apologize for who I am.
I embrace it.
But all things must come to an end.
He was my new beginning.

Bitch. Whore. Slut. Those were just a few of the names I’d been called since I began growing breasts. The boys all stared, gawking at the exposed skin above my navel. Their eyes followed the length of my bare legs, revealing their desire with a smile in my direction. No matter how hard they tried to get my attention, boys were never my thing. They were fragile. Inexperienced. Full of hope.

Girls resented my appeal, always laughing and pointing when I hopped into a different car every day after school. They never understood why I did the things I did; why I made it my mission in life to seduce men and then toss them aside like yesterday’s garbage. Instead of trying to understand, they chose to spread shameless rumors. Their jealousy never got under my skin like they were hoping it would. I loved the attention. In fact, I loved it so much that I started going after their boyfriends. The girls had no idea that whatever name they called me, whatever they wrote on my locker, it wasn’t ever going to bother me. I had been shattered a long time ago, and the shards of my former self were so sharp nothing else could ever harm me.

I’d been thrown away; kicked to the curb like I was the stray mongrel no one wanted. I let my guard down too many times to count and promised myself that I’d never be vulnerable again.

I was never any good at keeping promises.

His lips touched my neck, bringing me back to the moment. Wren lay next to me, his skin melting against mine. A drop of sweat fell onto my lips and I tasted the saltiness of our exertion. I’d been in this bed so many times now that I knew the softest spots on the mattress. I’d memorized the smell of Wren’s pillow, the delicate fabric bursting with the scent of cedarwood and vanilla. It was October when I first visited his home, and now, with the trees dressed in bright green, I lay here in his bed, my head and heart at odds. I wanted to be with Wren, but the one time I had allowed a label to represent how I felt, I had been betrayed.

I studied his bare chest, my fingers roaming over the patches of freckles.

“Making constellations again?” he asked, resting on his elbows to watch my busy fingers.

“You’re the first person that’s ever pointed that out.”

“That’s probably because all of your other girlfriends were dumb as rocks and didn’t know a thing about constellations,” I retorted.

Wren laughed quietly, not denying my words. We never discussed exes, and I was happy about that. Explaining Porter to someone who was the complete opposite of him would be an impossible task.

We lay in silence, my fingers not wanting to leave his skin. We’d been in Wren’s bed since this morning, and I could have stayed wrapped in his embrace forever. Tangled in his blood red sheets, I was safe from the evil that lurked outside. In this bed, I couldn’t run into anyone from my past.

“Think we should get up? We can grab some food before I head to Jay’s.” Wren turned on his side, his fingers leisurely roaming my skin. His effortless touch made my insides tremble, forcing me to take a few calming breaths.

I hated leaving him. I hated that I was slowly becoming one of those girls. The kind of girl that had nothing else to talk about but the guy they were dating. The kind that became so obsessed with her boyfriend, she scheduled her whole life around him. I wasn’t that kind of girl. I couldn’t possibly be turning into one.

“You already had me for breakfast and lunch, might as well fill up on me for dinner, too,” I suggested, knowing it would keep him from leaving.

In a matter of seconds, he was on top of me, trapping my arms and legs with his own. Typically, I liked being in control, but once in awhile it was fun to act helpless.

“You’ve got me pinned, now what?” I fixed my eyes on his, concentrating on the chills that were shooting through my body.

His eyes met mine only for a moment before traveling to our linked fingers. His grasp tightened, bringing our arms higher above my head. Wren’s jaw set and I knew my submissiveness had turned him on.

He leaned down near my ear and whispered, “Now I fuck you so hard you forget your name.”

I exhaled, waiting for him to make his move. Wren began teasing me, his fingers exploring the curves of my body, making a point not to touch me anywhere that would put me over the edge. He caressed my upper thigh slowly, then the back of my leg. His tongue grazed my earlobe and my stomach clenched in anticipation, craving so much more than what he was giving.

“Fuck me already,” I demanded.

It wasn’t just his calm and collected answer that almost drove me to the edge. It was in his light kisses, his fingers brushing back curls from my face, and the way he blinked slowly as he took me in. I exhaled again, anxiously waiting to see which part of my body he’d set on fire first.

“Spread your legs,” he whispered, his breath teasing my earlobe.

I quickly conceded and felt the softness of his fingers stroke the inside of my thigh. Between the motion of his hand and knowing what was coming next, I was ready for him. Two fingers slowly slid inside of me and our eyes locked together, filling me with a hunger I’d never experienced. From the very first night, Wren had instinctively known the most sensitive parts of my body. He understood it better than anyone ever had, and his touch always left me begging for more.

“Please tell me this isn’t all I’m getting?” The edge in my voice made him remove his hands from my skin.

“Keep talking, Kingsley, and this is all you’ll be getting.”

It took everything in me to bite my tongue, swallowing my snappy comeback.

“Good girl.” He pulled me onto his lap, and the rough hair on his jaw grated against my shoulder, leaving a pleasing sting in its wake. “Put your legs around me,” he ordered. His fingers knotted through my hair, pulling my head back and exposing my neck to his lips. Wren’s tongue trailed the skin of my throat, slowly moving toward my ear. “Plan’s changed. Now you’re going to fuck me.”

Without answering my question, Wren pulled my face to his, forcing his tongue inside my mouth. I sat up on my knees and guided him inside me, watching as his somber expression disappeared. He cupped my ass, pushing our bodies closer together, filling me even more. I yelled out his name like we were the only two people left in the world.

Leaning back on my hands, I began to move my hips along to a silent beat in my head. Back and forth, up and down. I bit down on my bottom lip with enough force that a small trickle of blood seeped into my mouth, leaving behind the faint taste of salt and metal.

Wren pulled me back into his chest, our bodies trembling from head to toe. It was in those last few seconds when every nerve ending in my body felt like it was going to explode; it was then that I felt closest to him.

My heart was beating so fiercely, I felt the cool mattress beneath me tremble with its force. Wren’s hand found mine in the rustled sheets, squeezing it twice. The comfortable silence we shared was a new experience for me. I turned on my side, studying his shadowed profile; the perfect slope of his nose, his lips half-parted with short breaths leaving his mouth. He had cheekbones that were so high, even I was envious. But his eyes were my favorite part, dark and tempting. They reminded me of the rich chocolate cake I always longed to taste, of whiskey on the rocks… His eyes expressed his feelings even before he had a chance to say them out loud. 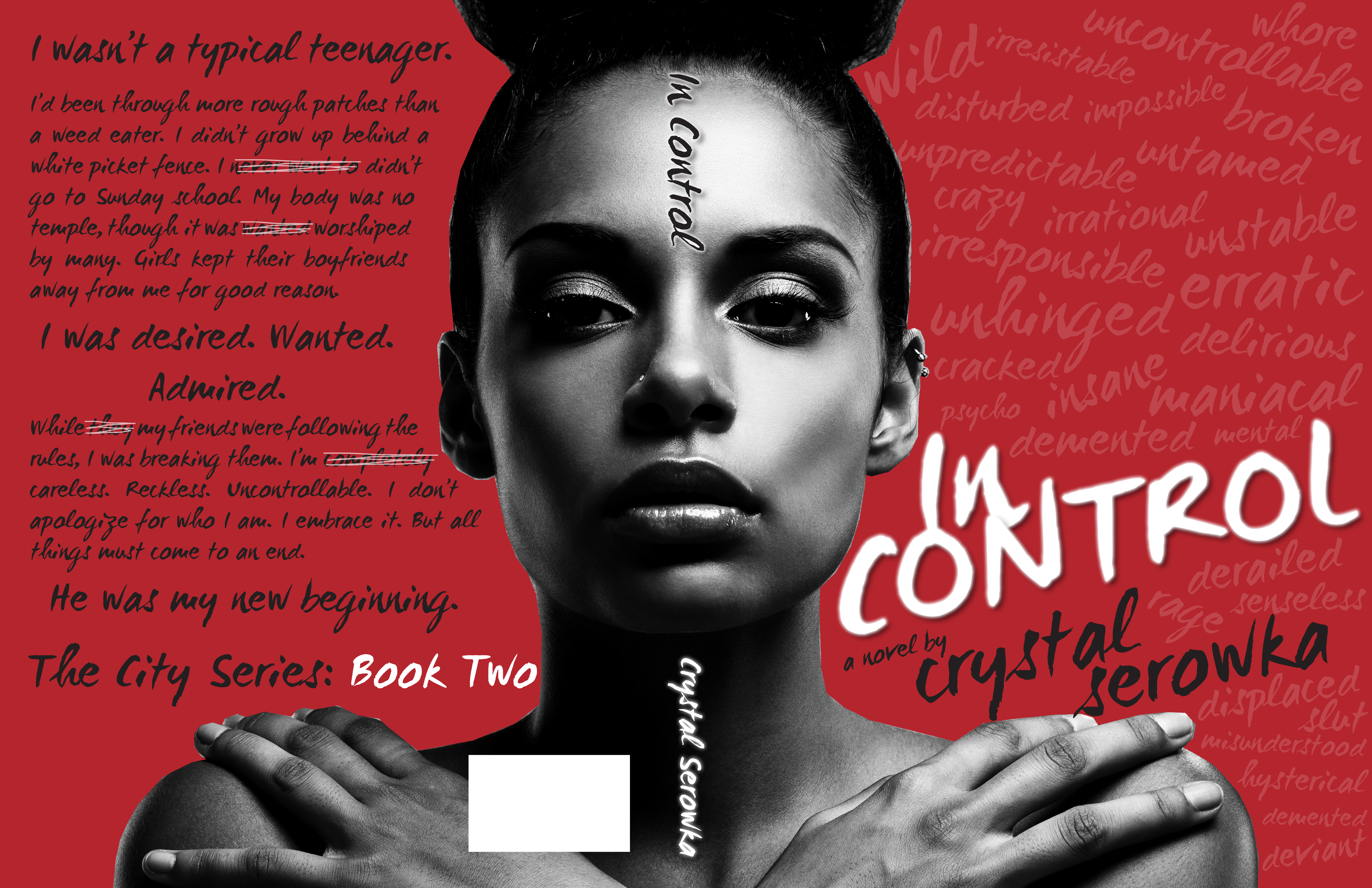