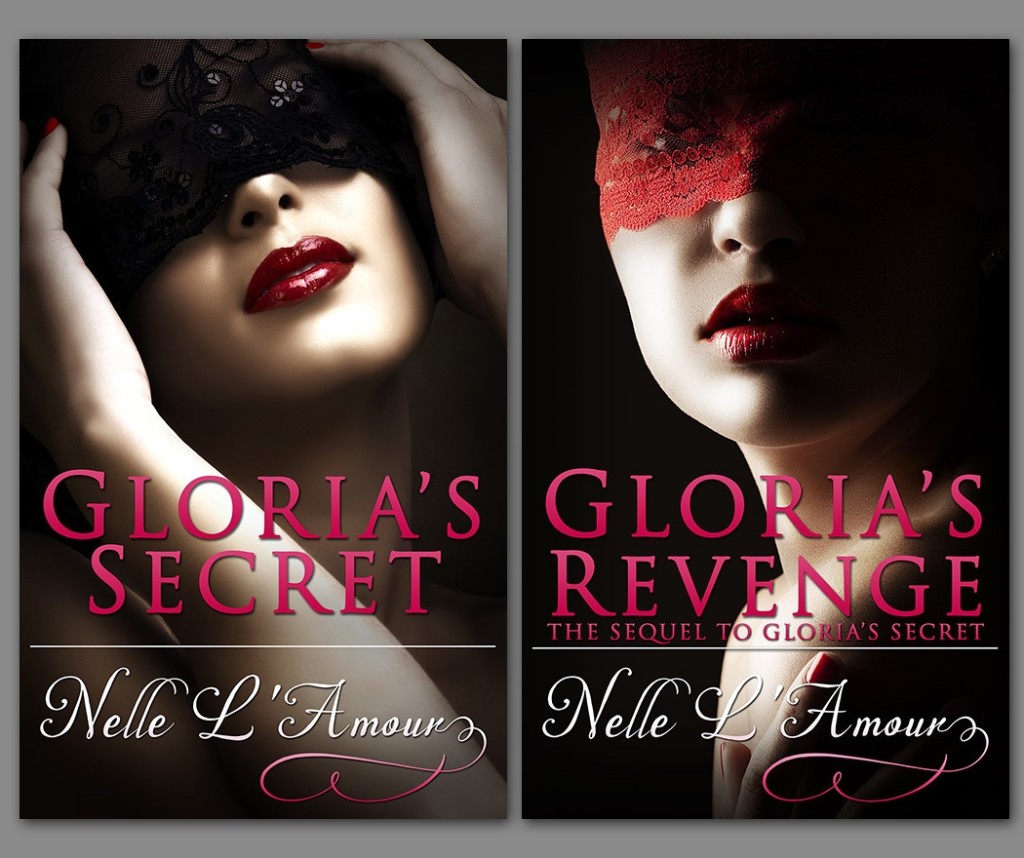 A man who has never heard the word “no,” Jaime takes his creativity to the limit to make Gloria fall apart and fall for him. But as Gloria reaches new levels of sensuality, she discovers that Jaime is a player and wonders–is the man whose name means “I love” in French capable of love?

Other major obstacles stand in the way–Gloria’s Secret’s ruthless Chairman, who covets Gloria and is out to destroy Jaime, as well as his manipulative sexpot daughter, who wants both Gloria’s job and her hot, new love. Complicating matters further, Gloria harbors a dark, horrific secret, that when exposed, will shatter both her empire and her life. Will she be able to have it all or will the walls come tumbling down?

This approximately 225-page novel will be followed by the suspenseful and steamy sequel, Gloria’s Revenge, in September 2013.

Add Gloria’s Secret to your Goodreads:

Add Gloria’s Revenge to your Goodreads:

GLORIA AND JAIME ARE SHARING A LIMO ON THE WAY TO THE GLORIA’S SECRET AFTER PARTY AT NYC CLUB.

“You got a hot date tonight?” He brushed the tip of my braid under my chin, coaxing a response.

I squirmed. “I’m going to a Gloria’s Secret party at Touch.”

That cocky grin curled on his lips. “Then we’ll arrive together.”

I flinched. “What do you mean?”

I mentally grimaced. I bet Vivien had invited him. The little vixen wants to get into his pants. I was going to have to watch her like a hawk tonight. I took a deep calming breath and shot my companion a challenging look.

“Shouldn’t you be home or at your office working on the Gloria’s Secret pitch? You know, I expect to see it on Friday with my team. That’s less than forty-eight hours away.”

He let out a deep, sexy laugh. “Oh, I’ve nailed that already.”

His words made me jolt. I glanced down at his crotch and my eyes widened. Holy shit! He wasn’t kidding. There was a substantial bulge between his legs that was straining against his fly.

I was still in shock when he grabbed my right hand and placed it on the bump. A hot, rock-hard mound met my palm. Before I could move a finger, he cupped his warm hand over mine, pressing it against his arousal. My pulse was in overdrive, and I was bristling all over.

Hesitantly, I turned and looked his way. I met his penetrating gaze.

“I’m not a bullshitter. I want your account. What do I have to do to win it?”

He slowly lifted his hand. My fingers flew off his cock.

He shot me a saucy smile. “What else?”

“Come up with something I love.”

“I’ve got something you’ll love, and it’s right here in this car.”

For a New York minute, I froze, positive he was going to zip down his fly. I didn’t know whether to sigh in relief or cry out in frustration when he swung open the door of a built-in cabinet and pulled out a bottle of champagne in an ice bucket along with two flutes. After uncorking the bubbly, he poured us each a glass and proposed a toast.

“To our relationship.” He clinked his glass against mine. Normally, I drank very little, but I was in mighty need of a drink. This man was getting under my skin. And I more than liked it. 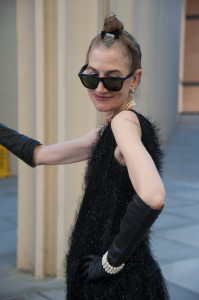 Nelle L’Amour lives in Los Angeles with her Prince Charming-ish husband, twin teenage princesses, and a bevy of royal pain-in-the-butt pets. A former executive in the entertainment and toy industries with a prestigious Humanitas Award to her credit, she gave up playing with Barbies a long time ago, but still enjoys playing with toys…with her husband. While she writes in her PJ’s, she loves to dress up and pretend she’s  Hollywood royalty. She aspires to write juicy stories with characters that will make you both laugh and cry and stay in your heart forever.

Nelle loves to hear from her readers.

Connect to her at: