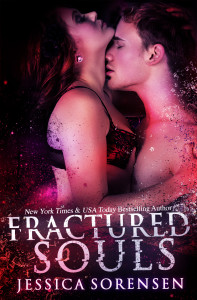 Gemma thought she had said her good-byes and had felt every possible emotion she could before her soul was detached again. Deep down inside, she hoped she’d never wake up from it because, in her eyes, life without emotion and memories isn’t worth living.

But she does wake up and discovers she can still feel and remember everything she experienced over the last few months. Alex is also telling her that everything’s okay, that he didn’t betray her, and that what she thought happened really didn’t.

Gemma isn’t sure if she can trust Alex, so she tries to keep her distance from him, even though the electric connection and her desire make it nearly impossible. The only person she can trust is Laylen, but even that becomes complicated when the lines of their friendship begin to blur.

While Gemma struggles with her emotions and relationships, she searches for her mother, entering a dangerous world of secrets, seduction, and evil. The further she digs into her mother’s secrets and past, the more she wonders what waits for her at the end of her search and if maybe some things are better left in the dark.

Vladislav strikes a match on the table and then puts the flame to the end of the cigar that’s in his mouth. He lights the end and then takes a deep inhale, puffing on it, before exhaling. “I want one thing in exchange for the information you’re asking me for.” He shakes the match until the flame goes out and then he flicks it onto the table.

Gemma squirms and I hear her pulse accelerate and skip a beat. I don’t know why I do it, but for some reason I take her hand and hold it underneath the table. The gesture seems to calm her, but it has the opposite effect on me and the need to bring my fangs out is overwhelming. I usually have more control than this but there’s something about her—or maybe it’s just this place—that’s making my hunger a bit more ravenous.

“What do you want?” I ask Vladislav and tense when Gemma digs her fingers into my wrist. The whole damn room smells like blood and sweat. It’s venomous, intoxicating and my mouth is starting to salivate.

He smiles, giving us both a full view of his fangs. “How about a little fun in exchange for what you ask?”

“Fun,” I say warily, cocking my eyebrow. “I highly doubt that, at least not fun for us.”

He holds the cigar between his fingers as he leans back in the chair. “But it’ll be fun for me.” He props his boot up on his knee and takes another puff from the cigar, blowing out a cloud of smoke. “You bite the girl and I’ll give you the information.”

I stiffen and Gemma’s breath catches in her throat, her hand clutching onto mine as her pulse accelerates. “No way,” I say, but it takes a lot of effort. I can already feel my fangs stabbing at my gums, wanting to come out, just by the mention of drinking her blood.

Vladislav shrugs nonchalantly, the corners of his lips tugging upward into a smile. “Then no deal.” He taps the end of his cigar and ashes fall to the floor.

I glance around the room at the vampires watching us, some feeding off humans, others dazed from their recent blood feast. Is this what I’ll become? Or am I already one of them?

“He’ll do it,” Gemma says suddenly from beside me. She removes her hand from mine and places her arm on top of the table. Her skin is pale in the inadequate light and I can see the lines of her veins, violently pumping blood through her body, making her heart rate increase.

It’s all I can think about—all I can see. My eyes start to shut and my lips part as my fangs slip out. The urge to bite her begins to consume me and I know I’m going to lose control. 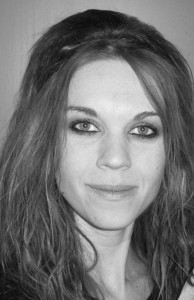 The New York Times and USA Today bestselling author, Jessica Sorensen, lives in the snowy mountains of Wyoming. When she’s not writing, she spends her time reading and hanging out with her family.