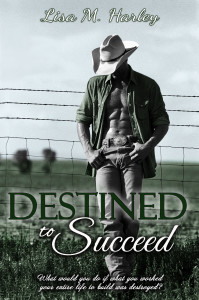 What would you do if what you worked your entire life to build was suddenly destroyed?

Cade Walker is a cowboy Casanova. He’s cocky and he doesn’t care who knows it. He was raised on Walker Ranch and was destined to one day take it over. What he didn’t know was how soon that would happen. After his parents are killed in a car accident he is thrust into becoming a responsible adult. Well, sort of. Cade is always responsible when it comes to business, but pleasure, now that’s a whole other story.

Suzanna Mallory is a red-headed spitfire, who also happens to be Cade’s best friend. She has loved Cade since they met when they were nine years old, but Cade just isn’t the type to get married and settle down. Suzanna finds herself in an abusive marriage and the only thing that keeps her sane is her daughter, Isabella, and working with Cade at Walker Ranch.

When a fire threatens to destroy the future of Walker Ranch, Cade and Suzanna have to work together to save it.

What will this mean for her marriage or to the feelings that she has for Cade?

And now that Cade thought he found love with Loralei Harper, only to realize she didn’t feel the same way, is he ready to settle down?

Is Cade Walker Destined to Succeed?

Cade walked up behind me and pulled my hand with the shot glass up to his mouth. He had me press it to his lips as he slammed it back. He was standing so close to me. His chest was pressed against my shoulder.

“You havin’ a party without me, hon?” I could feel his breath against my neck.

“A party just ain’t a party without Cade Walker, right?” I was trying to be funny, but my voice was shaky because he was just too close for me to think straight. He gently turned me around to face him. I felt his finger under my chin as he tilted my head up to look at him. His eyes were smoldering and this might have been the shots talking, but he was totally kissing me with those eyes. 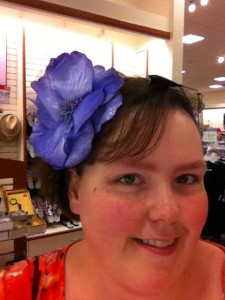 I grew up in a really small town in Missouri. Very similar to the fictional town I wrote about in my novel. I moved to the big city right after I graduated. I work full-time and I am mom to a beautiful little girl. I started writing in October when a group I am in had a prologue contest. I didn’t win the contest, but everyone who read my prologue asked for more of my story. I decided I had to finish it and get these characters that were in my head out on paper. During the writing process it became clear that this was going to be more than one novel. It had to be a series. I have at least 2 more novels planned for the Destined Series. I also have an idea for a YA novel that stems from one of the characters in Destined to Change…hint, hint. When I was asked to write this bio I explained that I am really boring and it would be really short…so, that’s about all there is to know about me. I love music and honestly couldn’t have written this book without my Spotify playlist. I am kinda obsessed with frogs (not real ones) and office supplies are my downfall! I could spend my whole paycheck at the stationery store…boring, didn’t I already say that? lol Also, I am slightly addicted to Facebook and Voxer. Please message me on either one…I would love to hear from all of you.