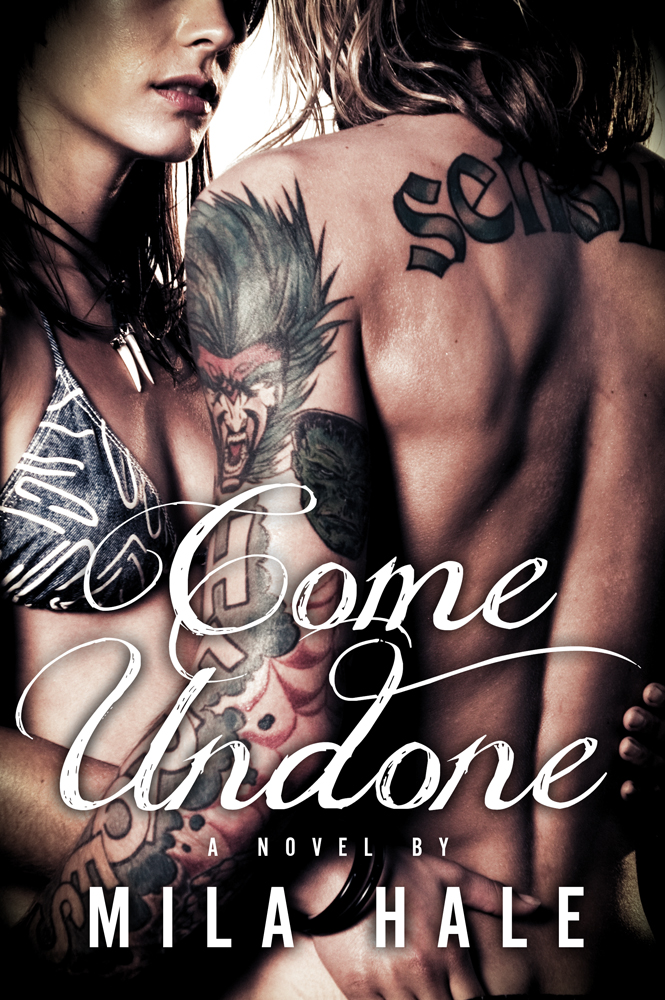 The daughter of a rock legend, Layla Prince doesn’t want to be involved in the music scene. She grew up around it, and it’s caused her nothing but heartbreak. But when her roommate, and self-professed Sensible Overdrive groupie, begs her to go to one of the band’s local shows, Layla agrees. After all, it’s just one night. Just a few hours and then she can return to finals and trying to come up with an excuse to stay the hell away from home this summer.

But the moment Jude Logan, Sensible Overdrive’s gorgeous front man, does his customary pull-anaudience-member-on-stage move, Layla is screwed. Because he picks her, and when he shoves a mic under her lips, she messes up—instead of telling him to piss off, she sings. And Jude discovers that she’s exactly what he’s been looking for.

Now, Jude wants her. Not for his bed but for his band—at least until after the summer and he’s attracted a new label. Realizing this is the temporary escape she desperately needs, Layla agrees to spend summer break with Sensible Overdrive, but with a warning: her being with the band doesn’t mean she’s . . . “with” the band. Still, as much as she attempts to convince herself that she doesn’t give two effs about Jude, or his band, or who he screws, or the way he looks on stage without his shirt on,

Layla finds herself being dragged into the very scene she’s tried so hard to stay away from. And though she and Jude have promised that their relationship is nothing but professional, the attraction between them is unavoidable, lyrical—and it’s too damn impossible to resist.

When the music is over, will Layla be able to go back to who she was, to life without Jude Logan? Or has she come completely undone?

COME UNDONE is a New Adult contemporary novel that’s recommended for 17+. It will be released in December 2013.

Excerpt taken from Chapter One:

And as he walks closer to me, stepping on the panties and bras that have been tossed on the stage while saying something into the microphone—something that I don’t hear because my heartbeat seems so much louder than the screams of the crowd and Jude’s voice—I eat my words to Camille.

With his chin-length, dirty blond hair and a slight sheen of perspiration on his bare chest that only enunciates every tight muscle and every absurd superhero tattoo—that automatically drags my gaze over his abs and down to his V—Jude sure as hell looks dirty. But not in the bad way, not in the way that I need him to be.

Now that he’s standing so close, his green eyes full of hunger as he drags them over every inch of my body, I decide that even under the harsh stage lights, Jude Logan is every bit as beautiful as he is in the poster hanging lopsided over Camille’s bed. And, for a second, I can picture his hair falling into my eyes; his sweaty body naked and hard up against mine; those long fingers grasping at my hips, digging into my skin, instead of wrapped around a microphone.

Smirking wickedly, Jude cocks his head to the side. He casts a look out at his audience, who erupts into cheers, before turning his attention back to me. “What’s your name?” he drawls into the microphone.

I don’t respond—can’t respond—so he leans closer to me so that his green eyes are level with mine.

One side of his mouth lifts up, and even though I’ve always wanted to throat punch Camille when she swooned over guys with “crooked smiles,” that’s the only description that comes to mind when I look at Jude. A sexy, crooked smile. On a sexy, and most likely crooked, rock star.

Jude presses his lips against the middle of my ear, and I shiver as his mouth skims over the tiny metal hoop there. Oh hell, he’s touching me. The crowd goes crazier just as fire coils around my stomach. I have never responded like this to a guy, and it knocks me off balance.

“Come on, gorgeous.” This time he doesn’t speak into the microphone but directly into my ear, his warm breath sending electricity from the nape of my neck down to the small of my back. “Let’s give ‘em a fucking show. You can do that, right?”

“Negative,” I say loud enough for him to hear me. He pulls away, surprised, and I repeat myself once more for clarification. “Ne-ga-tive.”

His gaze zeroes in on my mouth as I speak, and then his full lips form into a sensual, dramatic pout. He takes a few steps away from me before turning to grin at the crowd. “Tongue Ring is shy, so we’ll need to help her.” He winks at me as the lead guitar and drums start up. “Y’all know this one, right?”

Angrily, I curl my fingers into my palms as my brain struggles to identify the song. Not a Sensible Overdrive song but one by Adele—more specifically the one that my roommate last year played repetitively when her boyfriend came out and then dumped her. Jude makes his way back toward me, trying his best to be hesitant for the amusement of his fans as he holds out the microphone to me. I fully intend to tell him to go fuck off.  And to be more original. Then, I’ll get off of this stage.

But then I hear the screams of someone from the front row yelling his name, offering him whatever he wants of her, desire to wipe the cockiness off of his face kicks in.

“Sure you don’t want to sing for me?” he urges in a low voice, stretching his arm out so that the mic nearly brushes my bottom lip.

I lower my eyes to the white rubber toes of his Converse and draw in a deep breath through my nose. I can do this. I can do this if only to prove a point to this infuriating, shirtless man.

“If you’re going to puke all over my—” Jude says mockingly, but I reach up and press my fingertips over his mouth, finally shutting him up.

When I finally lift my brown eyes back up to his, the shit-eating grin has completely vanished from his face.

Mila Hale, a self-proclaimed rock music addict, lives in the Southern portion of the United States with her family. When she’s not writing about romance or reading, you can usually find her playing Just Dance (and she sorta sucks at it).