Cover Re-Reveal: SEARCHING FOR MOORE by Julie A. Richman 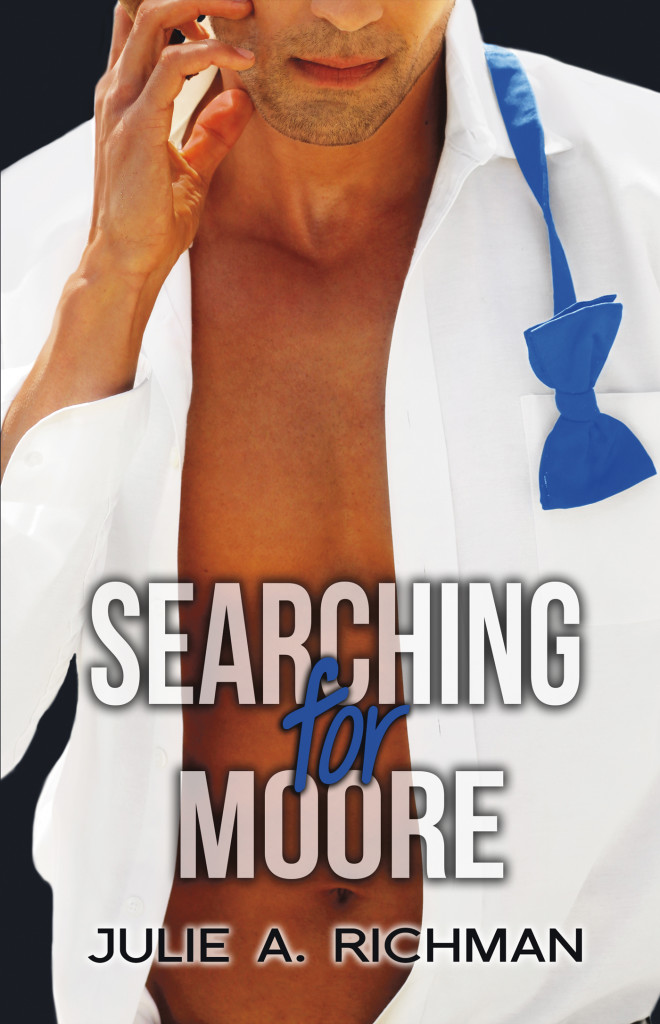 Check out our 4.5 Star Review HERE

Attended by reality TV star wannabes and Southern California social climbers, Schooner Moore knows the party his wife is throwing for his forty-third birthday has little to do with him and everything to do with her social standing in Orange County. The evening turns out to hold more surprises than just his wife’s Botoxed friends groping at his privates, when a conversation with his old college roommate, Beau, reveals the biggest surprise of the night. Beau has had contact on Facebook with Mia Silver. Just hearing her name sends Schooner into a tailspin, as he is now just a Friend Request away from the one who got away when she disappeared without a goodbye, leaving him wondering why she left.

A serial failure at romance, Manhattan boutique ad agency owner, Mia, gets a blindside of her own when a Facebook Friend Request from first love, Schooner, appears in her email. Going with her gut reaction, Mia hits accept, propelling her past to catch up with her in a New York minute, as a forceful Schooner is determined to understand what tore them apart and to explore the possibility of a second chance at love.

From a 1980’s Southern California college campus and a devastating first love to present day New York City, Searching for Moore explores how technology has eradicated the divide between our past and our present, and asks whether you would give up everything to reconnect with The One in a single keystroke?

He spooned up against her tightly, pulling her snugly against his chest.

“Mmm,” she moaned, fitting herself against him securely. He smiled into her hair thinking, “Sorry about the morning surprise.” But he wasn’t sorry at all – he’d had a raging hard on for days just at the thought of her.

Pressing his hard cock against the back of her sweatpants, he was surprised to feel her grinding back against him. He wasn’t even sure if she was awake.

“You’re killing me,” he moved her curls back and whispered in her ear. Softly, he began running his lips down her neck before burying his face in the nook.

He slipped his hand underneath her sweatshirt, quickly discovering she wasn’t wearing a bra. He cupped her right breast, the skin was so soft and he pressed it in his hand. She moaned into her pillow and he took that as an invitation to continue. He slung a leg over hers, using his long limbs to pull her tighter against his hard cock and found her nipple with his thumb and forefinger. He gently rolled her nipple, which responded immediately, and added a little more pressure, until it was a hard peak. He continued to nuzzle into her neck and she moaned, “That feels good.”

He pinched her nipple tightly, “And this?”

He pressed his hips into her, “And this?”

“Really, really good.” She ground her ass against his hard cock.

He grazed her neck with his teeth, gently biting her smooth, flawless skin, “And this?”

“Too good? Should I stop?” He teased.

“Nooooo,” she protested, continuing her slow grind against his cock.

“You are trouble, Baby Girl.”

She chuckled, “Certainly you’re not just figuring that out now.” He pinched her nipple harder and she groaned.

“I knew you were trouble the minute I laid eyes on you,” he paused, “serious trouble.” 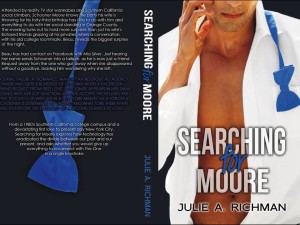 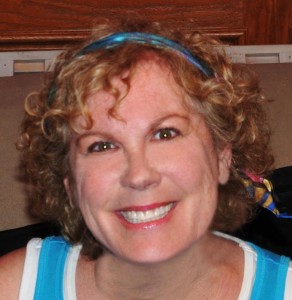 Author Julie A. Richman is a native New Yorker living deep in the heart of Texas. A creative writing major in college, reading and writing fiction has always been a passion. Julie began her corporate career in publishing in NYC and writing played a major role throughout her career as she created and wrote marketing, advertising, direct mail and fundraising materials for Fortune 500 corporations, advertising agencies and non-profit organizations. She is an award winning nature photographer plagued with insatiable wanderlust. Julie and her husband have one son and a white German Shepherd named Juneau.