#BlogTour~~Returning to Eden by Katy Ames

RETURNING TO EDEN is a fast-paced, sexy second chance romance with all the feels. Eden Ellis is on the brink of starting her adult life when the one person she loves most betrays her in a way she never saw coming: he marries her stepsister. Heartbroken, she does the only thing she can. She starts over thousands of miles away. But old loves die hard and Jude isn’t going to let theirs go down without a fight. 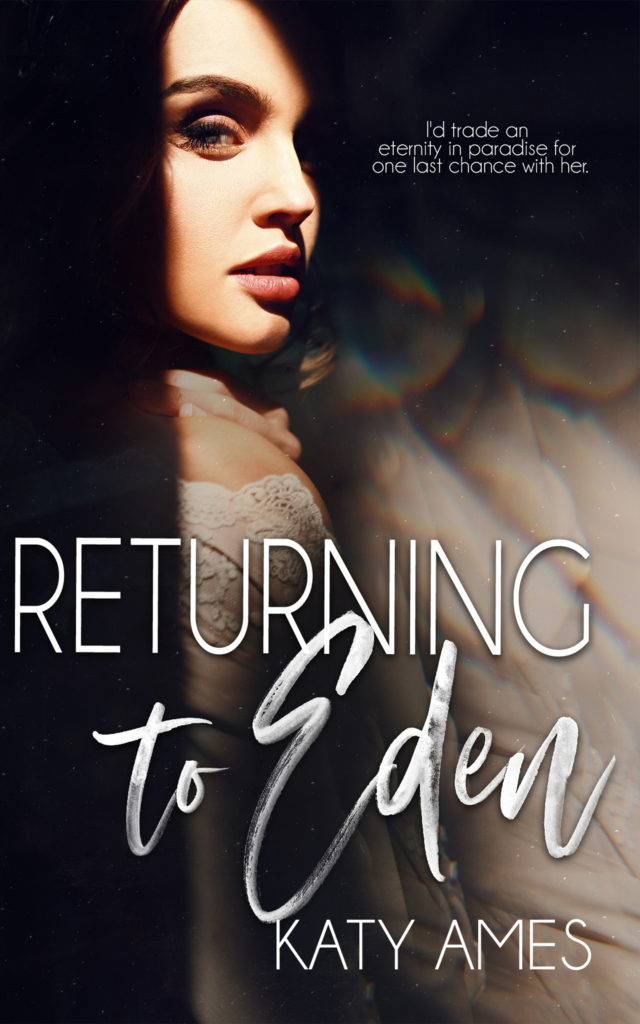 About RETURNING TO EDEN:

A conversation I was never supposed to hear.

A bargain I had no right to make.

A promise I couldn’t break, no matter the consequences.

It cost me what I love most.

I know Eden thinks it’s all my fault.

But it’s hers, too. Because she ran, vanished, before I had a chance to explain.

Before I had a chance to tell her the one thing that could’ve saved us.

Now she’s back and I’m determined to make up for all the years we lost.

Determined to win back the woman who’s always been mine…

Eden left home and never intended to come back. She traveled the world as a photo journalist seeing the best and worst of humanity. Until a death gives her no choice but to come home and face the ghost of her past.

Jude is the object of her deep anger and pain. Though we find out early on that he loves her. Despite her obvious disdain he plans to win her back.

At this point is where you start to realize Kathy Ames is a damn good writer! She feeds us bit by bit, more and more of the story. Finding out what broke apart these three friends so irrevocably had me on edge. Revelation after revelation and I could not stop reading.

Having loved and lost, is it possible to forgive and love again? Or whose to say they should try. Teenagers do stupid things, people are imperfect but hearts are resilient. I hesitate to say anymore because I think this book needs to be experienced first hand.

Kathy Ames included a “To my Readers” section in the front which was amusing and gives you insight into her methodology. If you’re looking for an easy, breezy, kind of read, this is NOT it. However, if you’re looking for a transformative love story that will move you, give you angst and heat, then carry on! 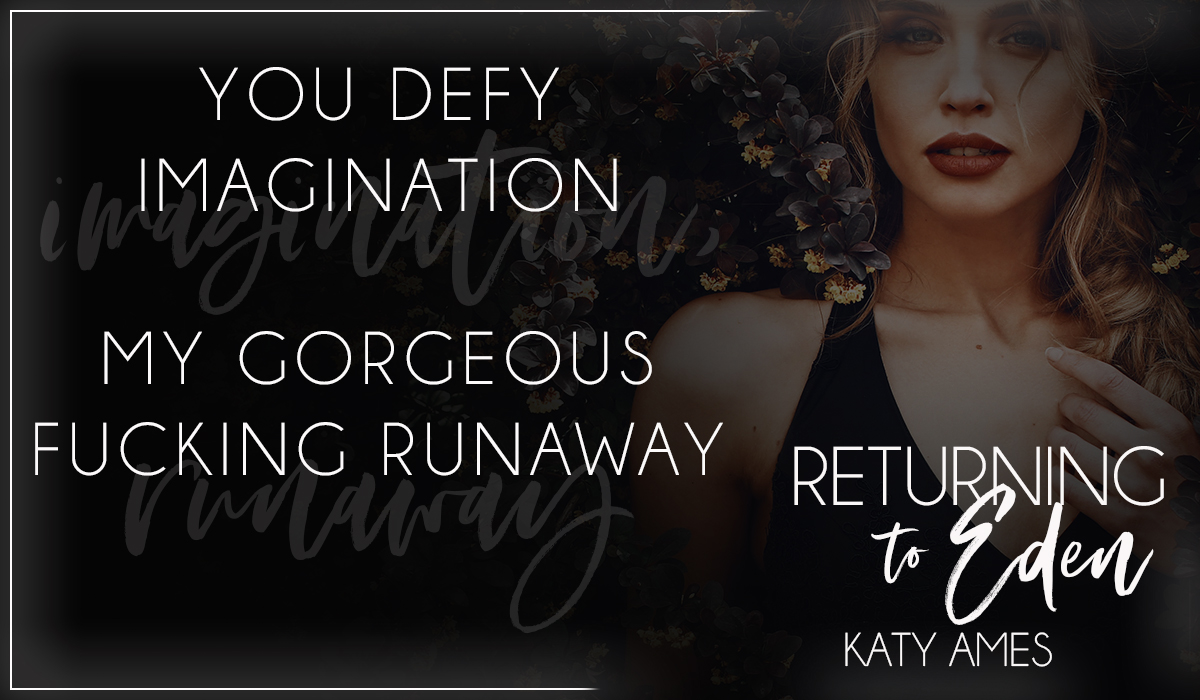 I blame it on jet-lag. On lack of sleep and food. On grief. On the simple fact that I’m back in this goddamn town, facing down all these tired ghosts. Any or all explain why I’m seeing things.

For a split second my memory supplies a snapshot of the boy I grew up loving. I see the curl of hair on his neck, that one that would never straighten, no matter how many times he smoothed it. I glimpse his newly-muscled shoulders, too broad for his teenage body and the reason why his arms hung slightly away from his sides. And there’s the shadow of stubble dancing around his mobile lips, the ones I dreamed about for more years than I dare count. The image is so clear, so perfect, so forbidden, I have to haul in a breath. And, God help me, I swear I catch a hint of grass and sun-baked sweat and sweet summer air.

My knees buckle under the sheer joy that memory evokes. But it’s the realization that it’s a mirage, a long-lost dream, that almost sends me crashing to the sidewalk.

That boy is long gone. As is the girl who worshiped him. Here, now, we’re just two people in the same place.

Eyes wide, lungs tight, I watch Jude, all long limbs and powerful body, stride across the gallery before stopping in the center. His back is towards me, his head turned as he scans the photographs lining the wall.

It doesn’t matter how many times I blink or how many times I curse, he doesn’t disappear. A battle blazes to life inside me. One of foolish hope and familiar despair. My feet demand I leave as fast as possible. But my traitorous fingers beg to get closer, to slip into that thick mahogany hair, longer than it once was, and see if it’s as soft as it used to be.

However fierce a fight my body is waging, my mind is unhelpfully blank. A problem, I realize, when Jude begins to turn towards me and I have only seconds to decide if I’m going to flee. Or if I’m going to stay and face the man who made me run away from home. 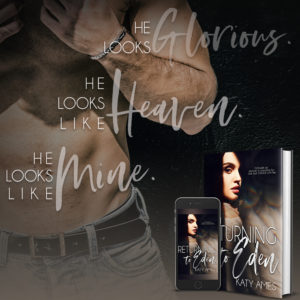 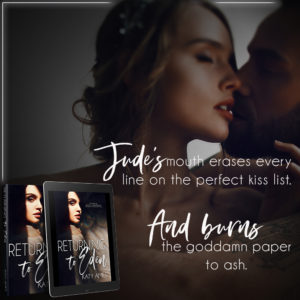 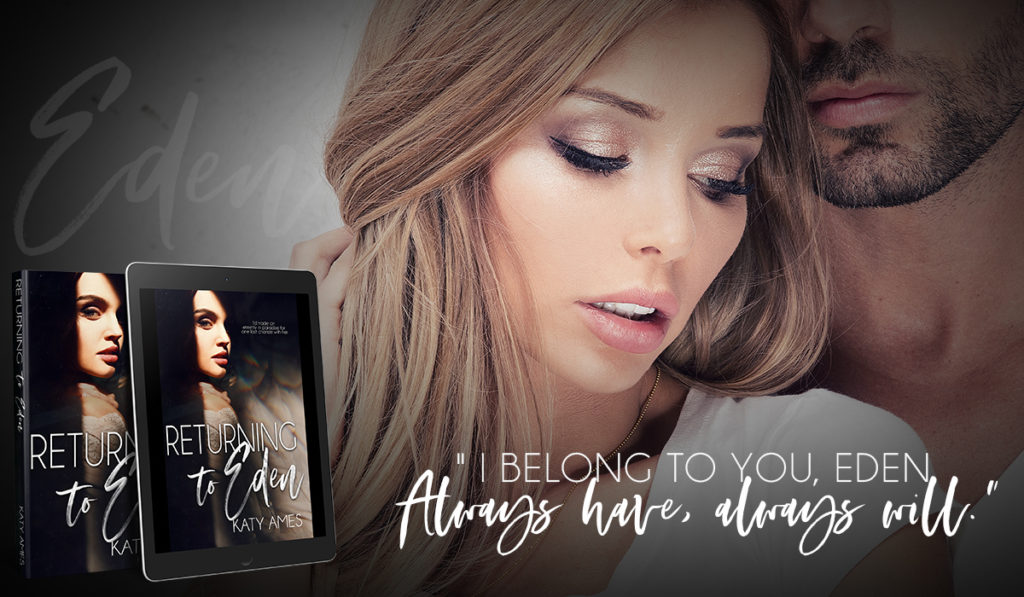 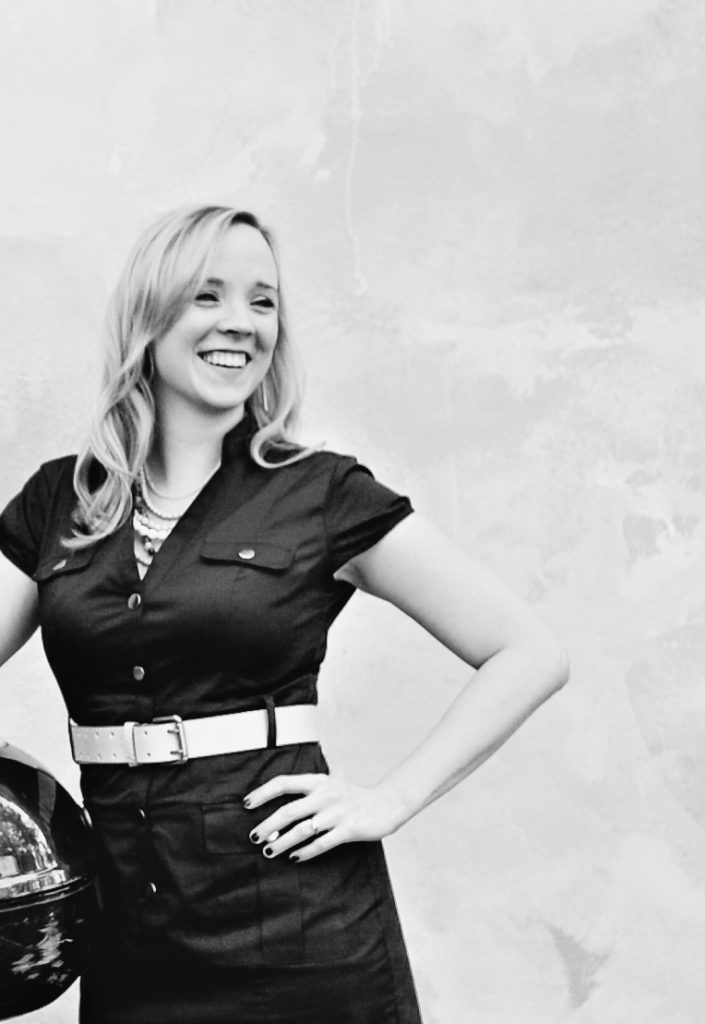 Katy Ames has spent most of her life on the East Coast and hopes to spend more of it in the UK, primarily so she can indulge in her serious plaid obsession. There isn’t a teenage drama or a period British TV show she hasn’t binge-watched at least twice. And she can be persuaded to do almost anything with the promise of bourbon, chocolate, or a nap (not necessarily in that order).

Katy is mom to a small human who has an obscene amount of energy and a blissful ability to ignore swear words, and wife to a man whose reading habits are way too serious. Katy and her family reside in Washington, D.C., a city she where never intended to live and loves so much she’d be happy to talk about it for hours. Just ask.

Katy writes contemporary romances with heroines who aren’t afraid to be kickass, heroes brave enough to love them, and stories that get a little messy before they end happily ever after. 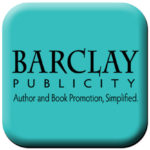