#BlogTour~~Make Me Fall by Sara Rider

Review and Excerpt Tour for MAKE ME FALL by Sara Rider!

Enemies make the worst neighbors, but the best lovers in Sara Rider’s MAKE ME FALL, the second book in her standalone Books & Brews series. Eli doesn’t have a lot of sympathy for his uptight neighbor, Nora, until he hears about her “un-datable” status and all it takes is one disastrous date with Nora for Eli to fall hard. Fans of Lauren Layne, Jenny Holiday’s ONE AND ONLY, and THE FINE ART OF FAKING IT by Lucy Score will devour this opposites attract, fun buy sexy romance. 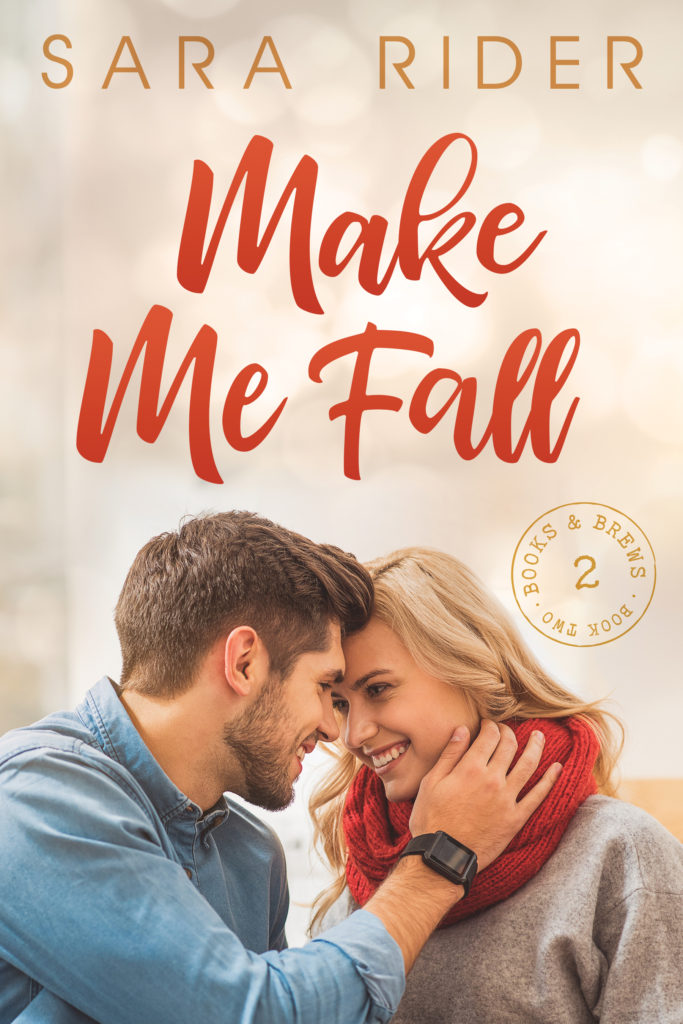 After losing her job, her home, and her friends in her divorce, Nora Pitts is determined not to make the same mistakes when she starts over in the small town of Shadow Creek, Washington. No more toiling away in the lab at the expense of her social life, and definitely no more men. Ever.  But making friends in her thirties is so much harder than she anticipated. And when it comes to her gorgeous yet obnoxious neighbor, it’s a whole lot easier to make enemies.

Eli Hardin doesn’t have a lot of sympathy for his uptight neighbor, until he overhears her so-called new friends making fun of her un-datable status. Suddenly he finds himself volunteering for a date with a woman who’s been leaving angry hate-notes in his mailbox, and in way over his head. Because all it takes is one disastrous date with Nora for Eli to fall hard.

But falling for Eli isn’t something Nora’s ready for—not when he’s her complete opposite, and especially not when he turns out to be the best friend she’s made in Shadow Creek. But as her attraction and her feelings for Eli grow hotter, resisting him might just lead to heartbreak anyway.

Nora Pitts is a chemistry professor with a love for research. After finding out her husband (also her colleague) was cheating she leaves everything behind, including her friends, her work and her dream job.

The divorce has left her heart in tatters and made her very cautious.  No way is she even going to glance in the direction of her super annoying and inconsiderate but very hot neighbor.    Eli Hardin is co-owner of a popular local restaurant/brew house.  He’s carrying around a boat load of guilt and pain. Last thing he needs is his uptight new neighbor leaving hate-notes in his mailbox.
Nora tries to make friends by joining a book club. Except they turn out to be a bunch of mean girls. When Eli hears them say “who’d want to date her?!” – he volunteers. That’s when the fun starts!

Nora and Eli are very different on the surface. Once you start getting to know them – you realize that they have more in common than they realized.

Though I admit that Nora with her “we’re just friends” but I can’t keep my hands off you was getting on my nerves. Girl could not get out of her own way. Eli was thoughtful and open. Even considerate of her pronounced OCD tendencies. Funny thing is they were friends. Nora feared losing that friendship without realizing she had already lost her heart.

Sara Rider gives us a heartwarming read with a few chuckles, a little angst and some hot sexy love to top it off like a cherry on a yummy ice cream sundae.

Find out more at: 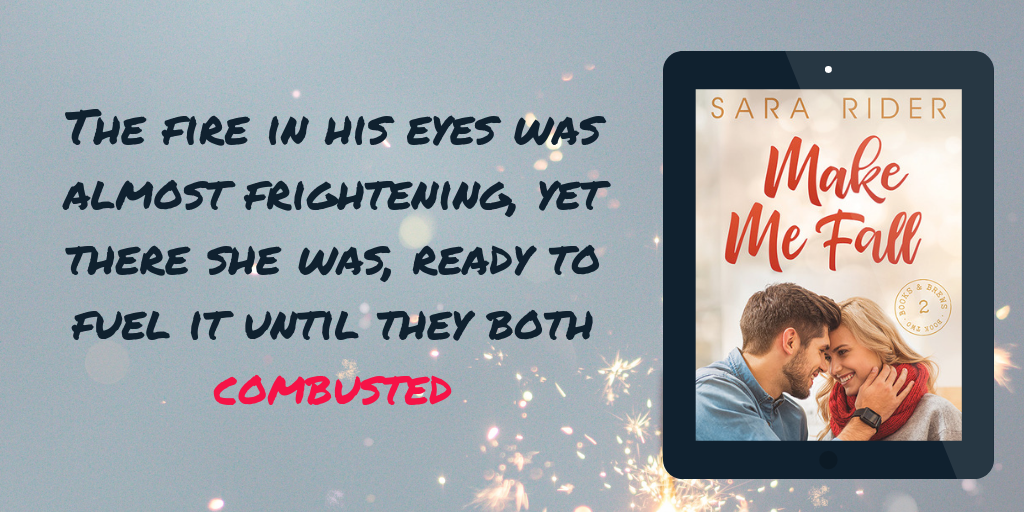 Eli marked off twenty-six and three-quarter inches as precisely as he could and lifted the blade of the circular saw.

“Oh my God, I soooo wasn’t kidding,” one of the women next door said loudly. “Nora really does need to get laid.”

His shoulders tensed. This wasn’t the first time he’d overheard the women loudly shit-talking his neighbor behind her back. He had no idea why she hung out with them.

“Maybe you should set her up with someone,” another woman added.

The other two laughed. “Can you imagine Nora on a date? She’s so uptight and frigid. Who would want to date her? No lay is worth that kind of torture. Can’t you just picture her busting out her bottle of sanitizer before the poor sap tries to hold her hand?”

His jaw tensed and he felt the last of his patience snap like an icicle in his warm hands. He sliced the saw through the wood, threw his protective glasses onto the ground, and marched over to the waist-high chain link fence. “I’d do it.”

All three women turned to look at him like he was a space alien who’d just beamed down to earth. The one who’d been talking the most leaned forward in her seat. “What did you just say?”

The more this woman pushed, the more he wanted to put her in her place. No, Nora was not the kind of woman he would normally ask out—mainly because she was one of the few who didn’t seem to fall for his charm. In fact, he was pretty sure she didn’t think he had any charm whatsoever, but she was attractive and smart enough to read a book every month. That alone made her more dateable than half the population in this town. “Sure as hell am.”

The woman leaned forward, smiling at him like he was freshly caught prey in her snare. “If you’re looking for a date, I could show you a much better time.”

He shrugged, keeping his fake smile on his face. “No thanks. Backstabbing and mean isn’t my type.”

He probably enjoyed the shocked look on the woman’s face a little too much, but it was seriously fucking rude to trash-talk the hostess while sitting on her porch and eating her canapés.

The screen door slid open right at that moment. Nora walked out with a plate of decadent-looking mini-chocolate cakes that made his mouth water on sight. Her eyes darted from her friends to him and back again. “Um, what’s going on?”

He rested his hands against the old chain-link fence. “What’s going on is that your so-called friends are talking trash about your love life behind your back and don’t seem to think you can get a date. So I volunteered.”

“Volunteered. You and me. Tomorrow night at seven. I’ll drive.”

She slammed the cake tray onto the coffee table and set her hands on her hips. She looked around, like she couldn’t decide where to focus her anger. Of course she settled on him. “Who says I’d want to go out with you?”

He raised his eyebrow, liking the way she got flustered around him a little too much. “Got better plans?”

Even at the distance between them, he could see her suck in a breath. Her mouth hardened into a flat line, but she didn’t say no.

“Tomorrow. Seven. Dinner. Oh, and consider making new friends who aren’t so damn mean. These ladies don’t deserve any of those amazing-looking cakes.” He grabbed his plank of wood and headed into the house, wondering what the hell he’d just gotten himself into.

Want Some More Books & Brews from Sara Rider? Pick up a copy of RIGHT KIND OF LOVE today!

Enter to win a $25 Amazon Gift Card and six digital copies of REAL KIND OF LOVE! 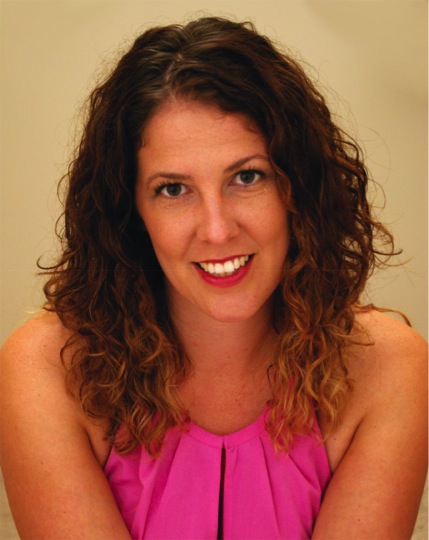 Sara Rider writes contemporary romance full of heart, heat, and happily ever after. She lives in British Columbia with her husband and daughters. She spends far too much time in public libraries and never leaves the home without her e-reader stuffed in her purse.