#BlogTour~~ The Last Lie She Told by K.J. McGillick 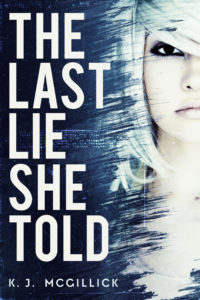 The Last Lie She Told

Lies and misdirection rule the game.

Private security expert Lee Stone and NYPD Detective Belle Hughes are assigned to the case. In a race to find Fiona, they track her across four states and shocked to find men from her past are being murdered. With little information and even less evidence, each new crime scene brings more questions than answers.

While secrets are revealed, there is only one conclusion: Fiona controls the game, the players, even the course of the investigation. The danger escalates, and the game must be mastered, or all fall victim to it. As Lee and Belle struggle to put all the pieces together, the two investigators find their relationship heats up as they are drawn to each other. L

ooking for a murder mystery with a feisty female detective that’s filled with twists and turns? Explore The Last Lie She Told for a thrill ride that leaves you guessing until the end.

Here’s the thing. I love a good whodunit. Give me some intrigue, a little who did what and a whole lot of suspense, and I’m all in!

K.J. McGillick’s new book hits all of these marks in spades. Told through three different POVs, The Last Lie She Told has you asking yourself, “Wait! What just happened? What did they just say?” right up until the very last page. And then you find yourself asking, “This can’t be the end!! Are you serious?” With crossover characters from the previous series, A Path of Deception and Betrayal, The Last Lie She Told continued with the fast-paced twists and turns.

Because the cast of characters is more of an ensemble than a star and supporting actors, it’s hard to say exactly who this book is about. Is it Lee, the ex-cop from Chicago who recognized burn out when it hit him full force? Is it Belle, the NYPD detective who has had to prove herself again and again in a field dominated by men and the “old boy network?” Or, is it Fiona, who gives new meaning to the phrase hot mess? Honestly, I don’t think it matters. The story that is woven in this book and the way all three of these characters intersect and overlap keeps the reader engaged and wondering what will happen next.

I thoroughly enjoyed this book. The pace of the story was such that I never felt like it was dragging. The interaction between the characters felt natural and not contrived. My favorite part of this story was how seamlessly the characters from the previous series blended with the new characters and how their roles were consistent. I can’t wait for the next book in this series. By the end of The Last Lie She Told, I had a small list of “But, what abouts?” The answers to those questions a will hopefully be answered in the next installment.

The Last Lie She Told is 99 cents until the 14th August. 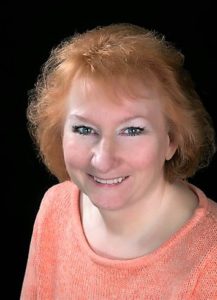 Author Bio – K. J. McGillick was born in New York and once she started to walk she never stopped running. But that’s what New Yorker’s do. Right?

As she evolved so did her career choices. After completing her graduate degree in nursing she spent many years in the university setting sharing the dreams of the enthusiastic nursing students she taught. After twenty rewarding years in the medical field she attended law school and has spent the last twenty-four years as an attorney helping people navigate the turbulent waters of the legal system. Not an easy feat. And now? Now she is sharing the characters she loves with readers hoping they are intrigued by her twisting and turning plots and entertained by her writing.