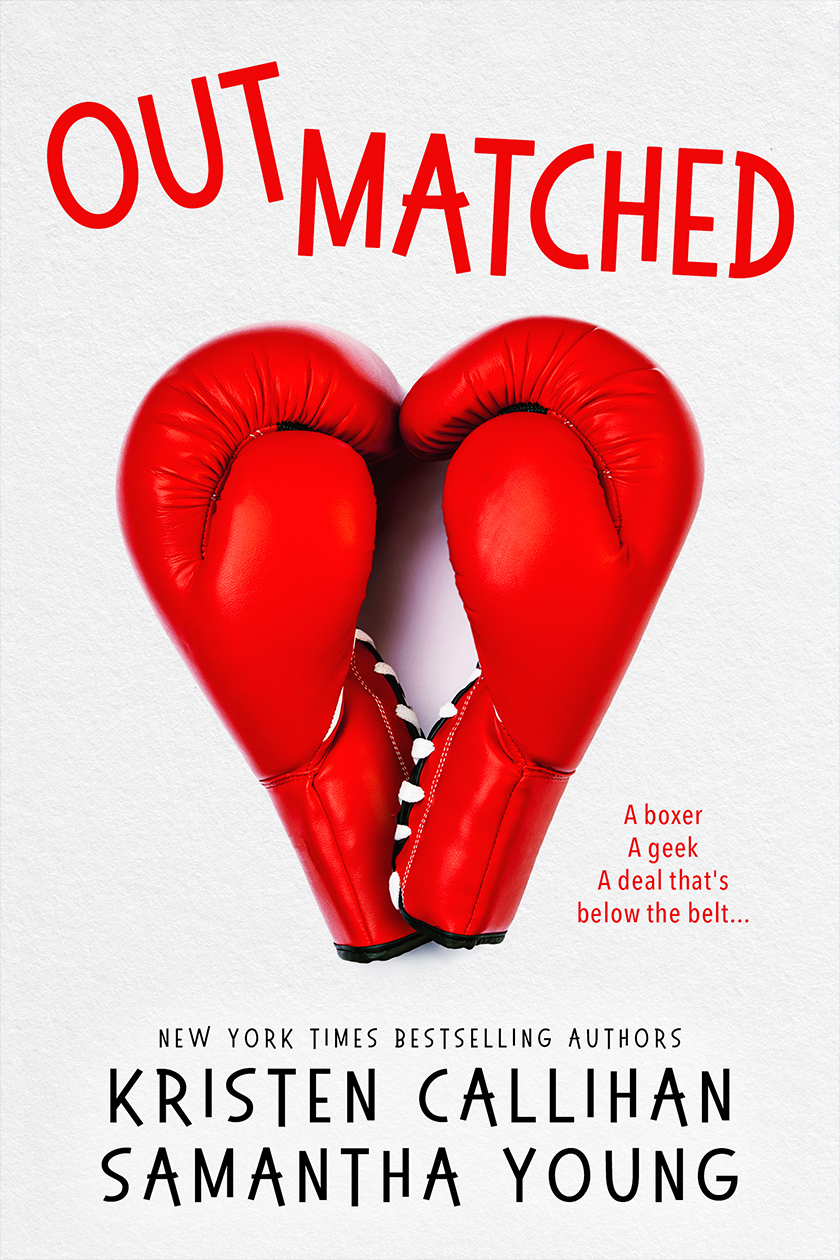 When I heard Kristen Callihan paired up with Samantha Young to write a fake boyfriend/sports romance, my brain exploded from excitement. I have loved Callihan’s romance stories since Idol and zipped right through her sports romance series as well. I hadn’t had the pleasure of reading Samantha Young yet, but I’m so glad I jumped on the opportunity to read Outmatched. I loved it!

I loved the juxtaposition between the nerdy, chic, refined and wealthy heroine Parker, and the rough and tough Bostonian ex-boxer Rhys. Somehow, this couple worked despite their complete opposite backgrounds and experiences. After Parker hires Rhys to pose as her fake boyfriend, we get so much sexual chemistry, pent up aggression, and a bit of enemies to lovers. SO MUCH GOODNESS in this little book. I loved how, even as a fake boyfriend, Rhys was a total alpha protective male around Parker. There were a couple of really sweet scenes that had me smiling like a loon and this was one of those books that I missed every time I put it down. I rushed through dinner dishes and evening chores so I could jump under the covers and five back into their story.

Parker is a great heroine. She’s little, but fierce and wicked smart. She’s like a tiny, tenacious firecracker. I love the way she handles Rhys and her passion for renewable energy. We also have a villain in our story: a misogynistic CEO hellbent on committing illegal acts against our heroine. In addition to the adorable storyline and steamy sex scenes, we get tiny little nuggets of seriously current and important topics affecting our nation and our world. Some are obvious, and some are subtle. Either way, this smart writing and I thoroughly enjoyed it! I would DEFINITELY WELCOME MORE from Callihan and Young….wink wink

What happens when a boxer finds chemistry with a geek?

Parker Brown can’t believe she needs to hire a fake boyfriend. When she landed her dream job in renewable energy, she thought she’d be entering a world at the forefront of progressive thinking. But the head boss prefers to promote employees who are “settled.” Thankfully, she’s found the perfect candidate, a fellow intellectual looking for some quick cash. What Parker gets is his protective big brother—Rhys Morgan. The tall, muscled ex-boxer with a foul mouth shows up just as her boss does, and now she’s stuck with the manipulative jerk.

Responsibility weighs heavily on Rhys. Now permanently out of the ring, he’s trying to hold together his late father’s gym and keep his younger brother, Dean, on the straight and narrow. To save Dean from himself, Rhys takes his place, ready to give this society girl a piece of his mind. Instead, he finds an opportunity. Even though they can hardly stand each other, posing as Parker’s boyfriend is a win-win deal. She gets to keep her job, and he’ll charm her star-struck boss into sponsoring his gym.

Problem is, they can barely keep their hands off each other. And what started as an easy deal isn’t so easy anymore. Because what future can a rough ex-boxer, afraid to open his heart, and a polished society geek, who has sworn off real relationships, possibly have?

They say opposites attract. These opposites are about to combust on impact. 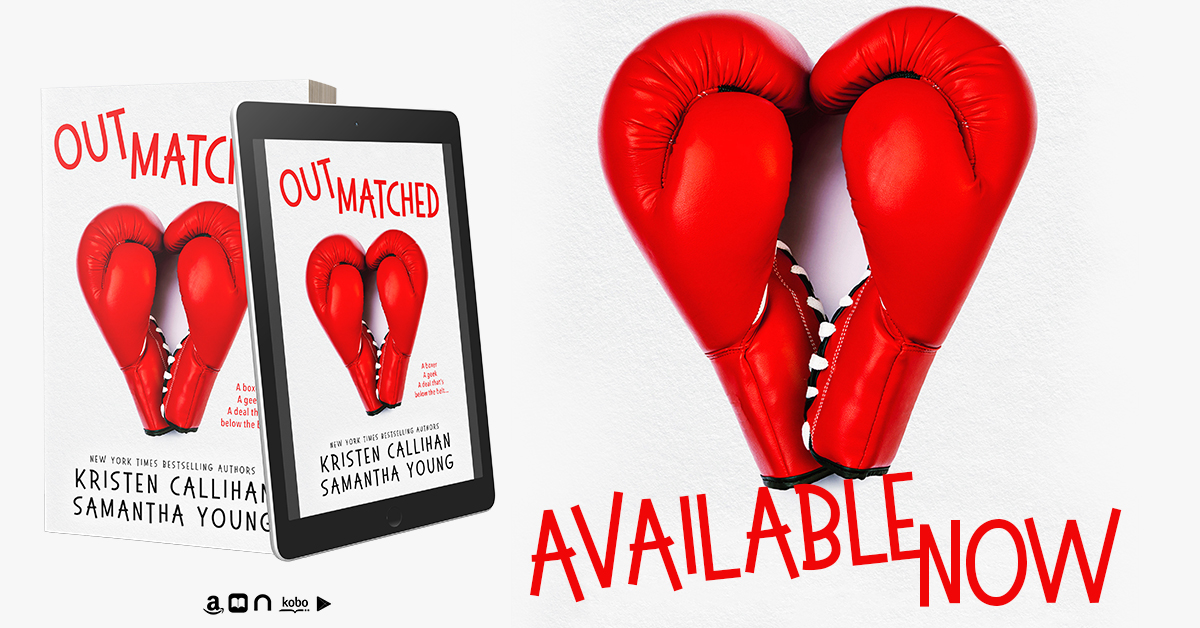 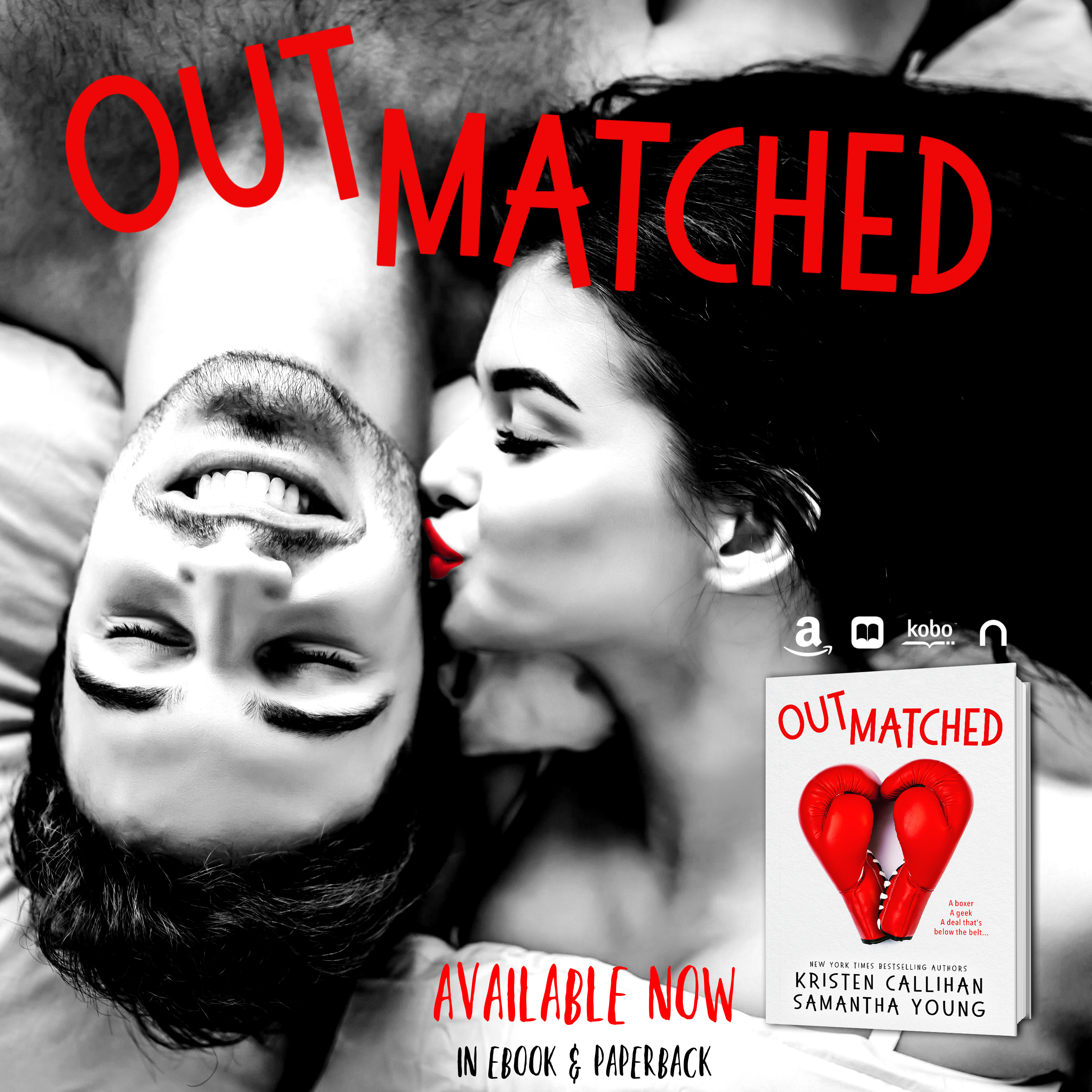 My phone dinged loudly. I fumbled around my bed, finally finding the damn thing under a pillow. Wiping the sleep off my face, I rolled onto my back and read the text that had pulled me out of a pleasant sleep. I smiled. It was just so … Parker. Settling in, I answered her.

RhysThis: Don’t have to tell me who you are. Your number is programmed on my phone. What do you want?

AngryTink: Well, good morning to you too, Happy Pants.

My smile turned into an evil grin. The girl was always going to punch back and make it count.

RhysThis: That’s Mr. Happy Pants. Though, TBH, my pants aren’t too happy at the moment. Want to help me out with that?

AngryTink: Tempting. Truly. But, no.

RhysThis: RU sure? ‘Cuz Happy Pants Rhys is much more agreeable than Sad That He Had to Self-Satisfy Rhys.

AngryTink: Would you please behave?

RhysThis: I’m not the one who mentioned the emotional state of my pants.

A chuckle rumbled in my chest as my thumbs tapped out a response I knew would piss her off more.

RhysThis: Was that even English? Honestly, Ms. Brown, I thought you were educated.

She took a moment to answer. I could picture her, phone in hand, grinding her teeth.

AngryTink: You’re deliberately trying to annoy me, aren’t you?

RhysThis: You’re quick. I’ll give you that.

AngryTink: Mr. Morgan, I’m about ten seconds away from finding an alternate fake boyfriend. A goat on a rope would be a better candidate at this point.

It was cute she thought that was threatening.

RhysThis: Yeah, probably. But the goat doesn’t have a signed contract. I do, Tinker Bell.

RhysThis: You’re kind of cute when you talk pirate.

Kristen Callihan is an author because there is nothing else she’d rather be. She is a RITA winner and three-time nominee and winner of two RT Reviewer’s Choice awards. Her novels have garnered starred reviews from Publisher’s Weekly and the Library Journal, as well as being awarded top picks by many reviewers. Her debut book FIRELIGHT received RT Magazine’s Seal of Excellence, was named a best book of the year by Library Journal, best book of Spring 2012 by Publisher’s Weekly, and was named the best romance book of 2012 by ALA RUSA. When she is not writing, she is reading.

Samantha Young is a New York Times and #1 International bestselling author from Stirlingshire, Scotland. On Dublin Street was Samantha’s first adult contemporary romance series and has sold in thirty countries. She has since published over thirteen romance titles including the New York Times Bestsellers Into the Deep, Hero, and her most recent contemporary romance Play On. When writing Adult Paranormal romance she writes under the pen name S. Young.