International bestselling author Anna Todd returns with a gripping novel about a young woman’s journey towards love, and the obstacles life throws up at every turn.

Karina knows the harsh realities of military life. And like anyone who has grown up around an army base, she knows the background noise that follows a soldier home from war. That’s why she’s forging her own quiet life in her own little house. But she hasn’t turned her back on her family. She’s the glue that holds them together–when her father is deployed, when her brother, Austin, has another brush with the law.

Karina knows that she has to look after herself, that she can’t always fix what’s broken. But when Austin’s behavior worsens and her father’s reactions grow more extreme, Karina feels her own edges beginning to fray. That’s when she meets him–a closed book she’s desperate to open.

At just twenty, Kael is a handsome, brooding soldier struggling with the aftermath of two tours in Afghanistan. He’s emotionally damaged and closed off. Quiet doesn’t begin to describe him. But as Karina gets used to his stable presence, she finds it hard to ignore the way he makes her feel. In their time together, she finds the stillness she has always wanted and never found. She lets down her guard. And she lets herself fill in the blanks about this mysterious man.

But illusions quickly made are quickly shattered. That’s when Karina has to find her own courage–to untangle the truth from the lies, and decide what she’s going to do about it.

A riveting story about love and lies, THE BRIGHTEST STARS will stay with you long after the last page has been turned.

This was a very different read for me. It was my first Anna Todd book and the writing was very good. I really enjoyed Todd’s style and the way she told the story. It’s engaging and well developed. Overall I’m rating this book a 4 because the writing was so good. In terms of the characters and plot- I think this was a simple case of “it’s not you, it’s me.” I couldn’t connect with these characters as well as I would have liked, but that’s probably mostly me, not them. That being said, I was still really engaged with this story. I enjoyed reading about what it’s like living on a military base and in a military family. I liked the overall flow of the book and found myself wanting to know how it all ended (cliffhanger!). I can see why a lot of people loved this book. I would say that I liked it and would be interested in seeing where she takes book 2! Kael and Karina are good people and I would love to see how it all ends for them. 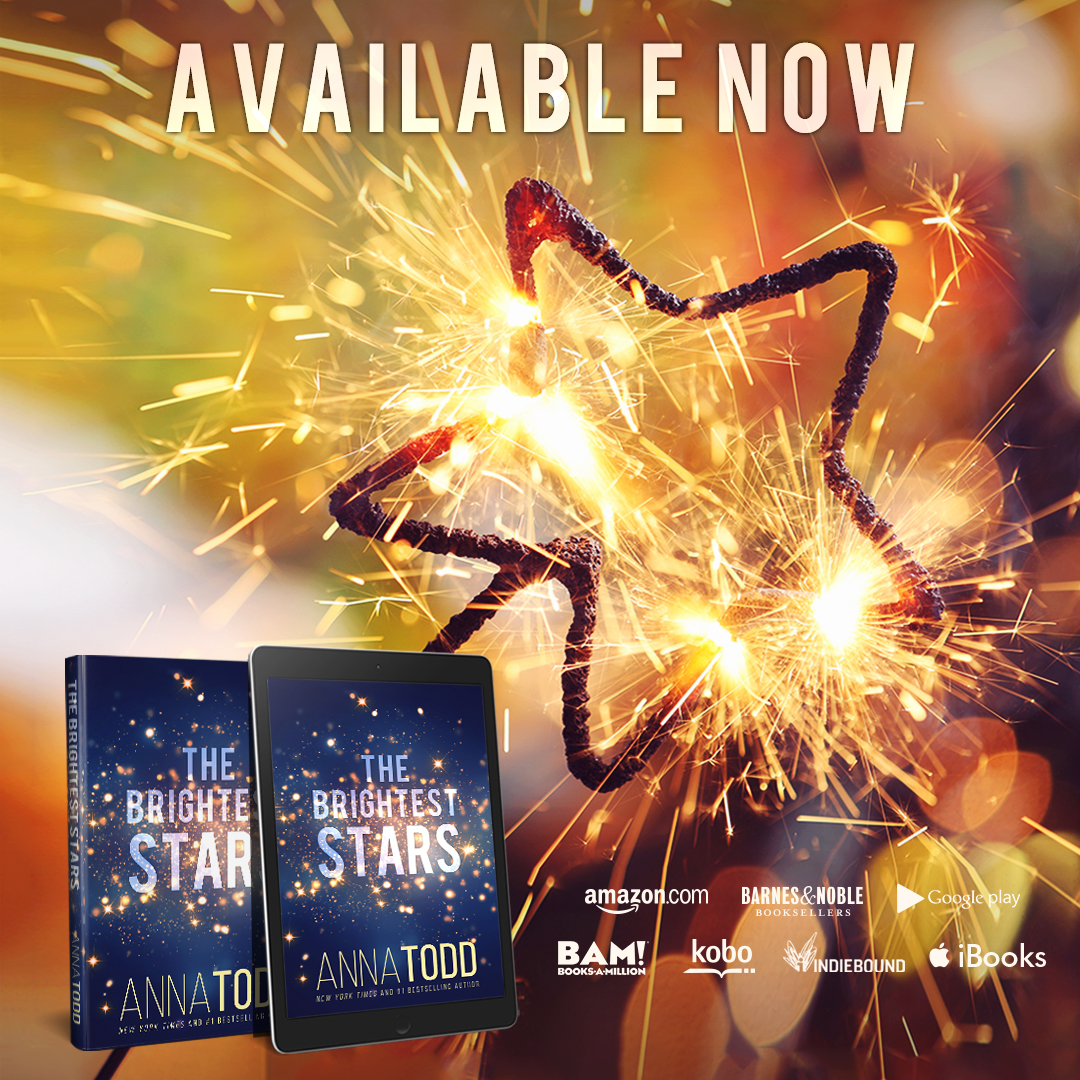 Elodie sat down on the couch and tucked her feet under her. Her petite body was changing, her belly starting to swell. I wondered where the baby would sleep in my little house. Elodie’s favorite American show at the moment was Scandal. She was binge-watching it for the first time.

“What season are you on now?” I asked her.

She was being so quiet. I pulled my shoes off and it wasn’t until I dropped one on the floor and something moved in my peripheral vision that I realized another person was in my house.

A noise, a little like a shriek, flew from my mouth when I saw him. He was staring at me, the one-syllable client from earlier. He was sitting in my chair—the dark pink, used-to-be-red one that my nana gave me before we moved to Georgia.

“Um, hey?” I said when my heart stopped doing little flips from the aftershock of surprise. How did I not see a whole human in my living room? I had been feeling spacey a lot the last few weeks, but that day was another level.

“How was work?” Elodie asked, looking at the TV while her fingers picked at the fabric on her pants, and then back to me.

I stared at this Kael guy and he stared back at me. When I would recall this later, the first time he was inside my little white house, the memory would change from a burning pain to pure bliss and back—again and again and again. But when it happened in real life, it happened fast. Before he was anything to me—before he was everything—he was just a quiet stranger with a blank face and distant eyes. There was something indomitable about him, something so closed, that I couldn’t even begin to make up a life for him. He hated peppermint oil and hadn’t wanted me to touch his leg—those were the only clues I had to who he was.

Win a Day With Anna!

Anna is celebrating the special edition paperback of THE BRIGHTEST STARS sold exclusively at Target Stores with a Golden Ticket Sweepstakes!

Two (2) Winners will each receive:

For more information on how to enter, visit: http://www.annatodd.com/contest-rules/

Anna  Todd  is the  New York Times  and #1 internationally bestselling author of the After series. An avid reader, Anna began writing stories on her phone on Wattpad, the reading and writing multi platform for original stories, with  After  becoming the most read series on the platform with over 1.5 billion reads. The print edition published in 2014. AFTER has been published in over 30 languages, with more than 10 million copies sold worldwide, and is a #1 bestseller in Italy, Germany, France and Spain.

The film adaptation of AFTER, which Anna is co-producing, is set to be released in early 2019. Anna  and her husband currently live in Los Angeles.