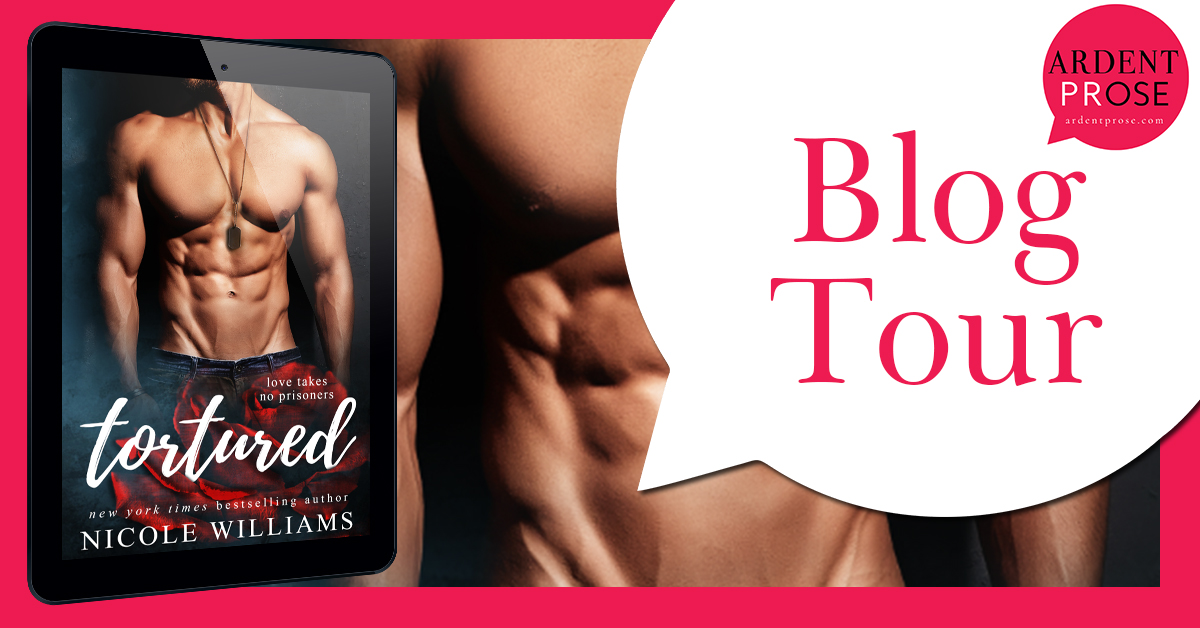 When he left for a twelve-month deployment, she knew it would feel like forever before they saw each other again. She didn’t realize how right she was. When Lance Corporal Brecken Connolly gets taken as a POW, Camryn hopes for the best but steels herself for the worst. In the end, steel was what she needed to survive when he didn’t. She moves on the only way she knows how—gilding herself in more steel. Years go by.She builds a new life.She leaves the old one behind. Until one day, she sees the face of a ghost on the news. Brecken seems to have risen from the dead, but she knows she can’t perform the same miracle for herself. While Brecken was held in a torture camp for the past five years, she’s been trapped in her own kind of prison. One she can’t be freed from.   The man she mourned comes back to join the living, but the girl he wanted to spend his life with isn’t the same woman he comes back for. Brecken isn’t the same person either. The past five years have changed them both. While he’s determined to put the pieces back together, she’s resolved to let hers rot where they shattered.
Broken or not, Brecken wants her back. He’ll do anything to achieve that. Even if it means going against the warden of Camryn’s personal prison—her husband.

“It’s been six years. Everything’s changed. I have. You have.” My eyes lifted. “Why? Why are you trying to win me back?”He exhaled, his lips parting. “I’m going to win you back.”When his hand slid around the bend of my waist, winding behind my back, I jerked. His touch was different tonight, hungry, determined. My head clouded, blocking out reason or letting it surface to the top, one or the other.“I married him,” I whispered even as my hand found his chest.“But you belong to me.”My eyes closed as he bowed me against him. I wasn’t sure how two bodies that had been as broken as ours could be so strong when joined. “How do you know?”“I can see it in your eyes. Every time you look at me.” His other hand lifted to my chin, tipping it until our eyes connected. His brow rose slowly, like I was proving his point right that very moment.“That’s a confident statement.” My voice shook, but my body felt steady. Unwavering.“It’s the truth.”My chest was moving so hard, it brushed his with every breath. What was I doing? Where had I found myself? The man holding me had died only to be resurrected six years later. It was too late, but it wasn’t over.No matter what, Brecken Connolly and I would never be over.“Twenty-six days,” I said slowly. “That’s all I have to give you. That’s all I have to give. Four weeks. Once he’s back, you know the way it has to be.”His face broke, but his hold didn’t budge. “It’s not enough.”My fingers curled into his shirt, looking for some way to hold on to him. “I know.”His other arm suddenly looped around me and he lifted me off the ground, his grip going around my backside when my legs tied around him. “But a fucking eternity wouldn’t be enough either, so it’ll just have to do.”He carried me through the sand and up the stairs of the cabin, then he propped me against the wall so he could open the screen door. Something slipped out of my mouth when he flexed his hips into mine.“Told you it wasn’t a morning issue,” he whispered in my ear, but I could hear the smile in his voice. “Just a Camryn one.”He made the same motion with his hips, applying a little more friction this time, causing a louder sound to echo from my lungs.Opening the screen door as silently as he could, he carried me inside.“You can set me down, you know?” I whispered.“I know,” he said, his arms tying tighter. Once all of the lights were off, the cabin closed up for the night, he padded down the hall.“You know where you’re going?”His head nodded beside mine. “I’ve always known.”My hands went behind his neck. His skin was warm and familiar. “And where’s that?”He exhaled against my skin as he closed the bedroom door. “Toward you.”He set me down once he’d untied my legs from around his waist, and he took a few steps back. He stared at me for a moment then reached for the lamp on the dresser.“What are you doing?” I asked.“Turning on the lights.”I watched him flip on another. “Why?”“Because I want to see you. Because I want to watch your face as I move inside you. Because I want to see your skin flush when I make you come.” He flipped on one more light, then all of his attention turned to me. “Because I want to see everything.”My heart took off as I imagined being intimate with him with every light in the room on. My body wasn’t the same one he’d left. It had carried a burden; it bore the scars of a shattered soul and a broken body. “I don’t want you to see me. Not like that. In the dark, you can imagine the way I was before.”When I reached for the closest lamp to switch it off, he stopped me. “I don’t want to imagine.” His hand curled around mine, guiding it away from the lamp. “I want the real thing. I want the real you.”“You’ve seen my body. You know what I look like beneath all of this.” I motioned at the fresh clothes hanging off of me, covering me from my wrists to my ankles to my neck.“When I look at you, I see beauty and strength, and the one person in the world who gives me a reason to live and a reason to die.” He drew me to him, his face creased in lines of concentration. “That’s what I see when I look at you.”

Nicole Williams is the New York Times and USATODAY bestselling author of contemporary and young adult romance, including the Crash and Lost & Found series. Her books have been published by HarperTeen and Simon & Schuster in both domestic and foreign markets, while she continues to self-publish additional titles. She is working on a new YA series with Crown Books (a division of Random House) as well. She loves romance, from the sweet to the steamy, and writes stories about characters in search of their happily even after. She grew up surrounded by books and plans on writing until the day she dies, even if it’s just for her own personal enjoyment. She still buys paperbacks because she’s all nostalgic like that, but her kindle never goes neglected for too long. When not writing, she spends her time with her husband and daughter, and whatever time’s left over she’s forced to fit too many hobbies into too little time.
Nicole is represented by Jane Dystel, of Dystel and Goderich Literary Agency.
Website   Facebook  Twitter  Blog  Instagram

Stephanie’s 5 Up All Night Stars!

Nicole Williams has captured my heart once again. Taking it hostage, smashing it up and then putting it back together. She has the wonderful ability to make your heart feel like it will pop out of your chest. This book, this story, Tortured, has again, accomplished that. I found myself having to put the book down after certain chapters. To absorb the written words and just …feel.

Whenever I looked at him, I didn’t just see the good-looking guy others did-I saw every good memory that would be formed in the future. Brecken had been a part of my life since I was eight, and he was as much a part of me as I was.

Being two years older, Brecken enrolled in the Marines so that he could provide a good stable life for Camryn after she graduated with the intention of marrying her as soon as she turned 18.

“I’m coming back for you, Camryn Blue Gardner, so you’d better be waiting for me, or I’ll just have to come find you and remind you why you fell crazy in love with me.”

The unthinkable happens. Squad leader Lance Corporal Brecken Connolly and 3 others are captured and “beheaded” on live TV. Yeah, one of those chapters that really sticks to you…..

Even though he’d been the one who lost his life that day, I’d lost mine as well. Six years later, I still hadn’t recovered it. Brecken was part of me. Still as much a part of me as I was.

Fast forward six years. Life has moved forward, sort of, and the news breaks….. Lance Corporal Brecken Connolly found by a Seal Team who had come across him while looking for a high-profile enemy soldier.

And so the story begins. Life has changed in many ways for both Brecken and Camryn. The journey that lies ahead for them is heartbreaking, joyful, fearful, loving, tender and gut wrenching. As I said earlier, I had to put the book down a few times. Such an emotional ride. Even as the story concluded, I was on the edge of my seat. And that ending….thank you Nicole Williams.