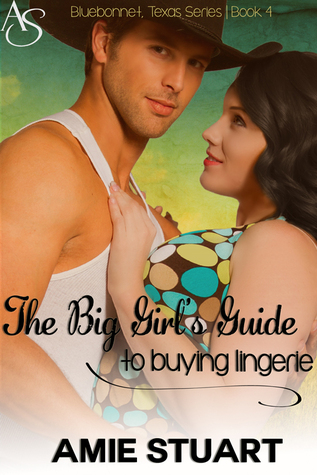 My name is JADE BALLARD, and this is the story of how a freak accident with a cookie changed the life of a semi-reformed people-pleaser (that’s me!).

After a disastrous marital near-miss Jade Ballard retreats to San Antonio, cutting herself off from the world in general and more specifically her family’s country club lifestyle, which she no longer wants any part of. She takes comfort in food and the safety of an internet love affair.

Rowdy Yates is a semi-reformed womanizer who’s leery of long-term entanglements. Until Jade, he never seriously considered anything beyond a “Wife-For-A-Night.”

After months of flirting on the internet the couple meets, only to discover they already know one another. Rowdy has always mistaken Jade’s shy reserved nature for snobbishness, and Jade has always viewed the woman-loving Rowdy as a Redneck Casanova. But the seven months they spent getting to know one another formed an attraction neither can fight.

Who presents themselves differently online than they do in real life? Pretty much everybody. No shame in that! With the computer screen standing as wall, it’s easy to be who you want to be or who you really are.

Jade Ballard and Rowdy Yates have done that. They met in an online group and really hit it off. They flirt, confess, tease, joke and let their true selves shine through. Withholding only their true names, Jade and Rowdy find in each other someone they can relate to and maybe even love. What they don’t know is that they already know each other. Y’all, they can’t stand each other!!! He thinks she’s a rich snob and she considers him a Redneck Casanova! When they finally “meet” for the first time and true identities are revealed, both Jade and Rowdy are forced to reconcile who they know and who they think they know.

I really enjoyed this book. It was funny and honest. Amie Stuart does a fantastic job of creating characters that are relatable and believable. Jade is great! She’s both strong-willed and shy. She hit the bottom and got back up and created a life that is bigger and better than the one she had before. She’s mostly comfortable in her own skin (which is more than some can admit!) and her self-confidence is always on the rise. That’s my kind of girl! And Rowdy! Good gracious! He plays in a band at a dancehall wearing a cowboy hat and boots! Be still my cowboy lovin’ heart!!! He’s also funny and sweet with a big heart. Few are those who get a glimpse of the real Rowdy vs the Redneck Casanova, but for those who do get the chance to see beyond the facade, you will fall in love with him.

Now get this…The Big Girl’s Guide to Buying Lingerie is PART OF A SERIES!!! How did I not know this? Jade and Rowdy’s story is actually the FOURTH book, and there is a 5th one coming out. This is important information!!! From what I can tell, the stories are stand-alones with characters and events that overlap, but nothing that would keep you from reading them out of order. I’m trying to decide whose story I want to read next!

Growing up, Amie Stuart wanted to be a lawyer and a psychologist. No doubt the shrinks would have a field day with her head, but she’s seen the error of her ways and considers all those other jobs ‘research’ for the writing gig.