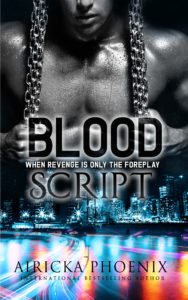 He was insufferable, deeply scarred, and frustratingly gorgeous, and he was the man who was blackmailing her into tying the knot.

Cora Harris has never had luck with men. Being the daughter of a ruthless crime boss tended to put a dent in any relationship, but she never imagined she’d get kidnapped in the dead of night by pirates. She sure as hell never imagined the asshole with the smoldering gaze would threaten everyone she loved if she didn’t become his wife.

Only Captain James Crow wants more than just her hand in holy matrimony. He wants her absolute submission. He wants her pain. He wants the one thing she’s never given anyone — her heart. But is he willing to give the daughter of his sworn enemy his in return?

“How easily his eyes could make her forget that he was her captor. Not her savior.”

But when the truth is revealed, can James keep Cora from the true evil in their midst? Can he win before his revenge cost him more than just his life? And how far will Cora go to free herself of the man who enchanted her, seduced her, and when she submitted, imprisoned her?

Vengeance and betrayal will either bring two warring families together or obliterate them all. 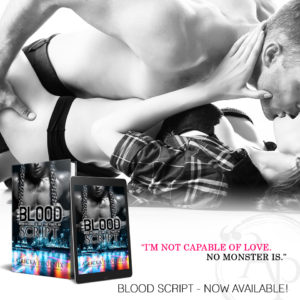 I was really a bit skeptical about blood script. I mean how can a modern day pirate/ mafia book play out? It started out slow but built up. It was intense with great action. I really enjoyed it. It’s different than anything I have read and this author is new to me. Blood script is well written and full of suspense.

Captain James Crow is a modern day pirate. He lost his entire family along time ago and he’s seeking revenge. He’s set his mark on Cora DeMarco, the daughter of DeMarco Family. James is going to make them pay. Who knew a pirate could be so sexy. I was engrossed by James and Cora’s story. If your looking for something different I suggest you give this a try. 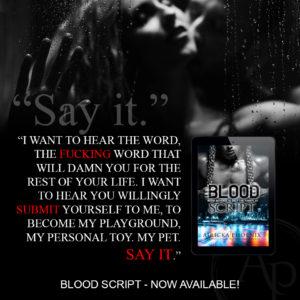 Airicka Phoenix is a romance junkie with an incurable addiction to chocolate. She is also a prolific author of several novels written for young adult and new adult romance addicts who love bad boys, hot kisses and a gritty plot. Airicka prides herself in producing quality material her readers can fall in love with again and again.

When she’s not hard at work bleeding words onto paper, Airicka can be found cuddling with her family, reading, watching TV shows, or just finding excuses not to do chores.

Be the first for giveaways, teasers and upcoming releases by joining Airicka’s newsletter on her website www.AirickaPhoenix.com