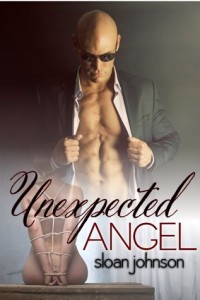 Tasha Skinner finally shed the baggage of a failed marriage. Now, she’s looking forward to a night of margaritas and man-bashing. Tasha’s friends have other plans, including Leather, Lace and liberation.

Dylan Caprese didn’t want to go to Marquee, but he and his friends were on a mission. They took it upon themselves to make sure things didn’t get out of hand when wannabe Doms mixed alcohol with playtime at the monthly Leather and Lace night.

When Tasha’s past threatens to destroy her, Dylan begins to realize that while their paths have never crossed, their lives most definitely have. Will he be able to save her before it’s too late?

As I adjust the temperature of the water and strip out of Dylan’s t-shirt, I decide it is time to relax. For most of my life, I have felt like I’m waiting for something to happen, waiting for someone to tell me what I am “supposed” to do. Now, Dylan is paying the price for me needing to break that cycle. I meant it when I said I trusted him not to force me to do something I’m not comfortable with. And he agrees that we have a ways to go before it is even an issue. If I can force myself not to be on edge all the time, Dylan might be just what I need to start doing the things I want to do. But if I keep being a bitch to him, telling him to stop trying to be kind to me, eventually he will listen and I will be sitting home alone once again.

If I’m going to start living again, I can’t allow myself to constantly think about the past. Thinking about my wake-up call this morning is much more pleasant. The way Dylan’s jeans land on just right his hips and how I want to give them a quick tug to see if they will come off. If they do, will he be wearing anything underneath or will I be rewarded with my first look at his impressive length? Twice now, I have felt how I affect him but I have yet to actually see what I do to him.

More than that, I want to feel what I do to him. I want to reach into his jeans and wrap my hand around him, slowing stroking from root to tip. I need to feel the contrast of the soft skin covering his hard as steel erection, and eventually the wetness as he leaks the first drops of his arousal.

My hand glides over my breasts, massaging and tweaking my nipples into hard points. In my mind, it’s Dylan’s strong hands causing my body to heat and harden. The stream of water coming from the shower head slicks my body, allowing my hand to slide deeper, my fingers disappearing between my folds as I rub myself, thinking of what it would feel like if Dylan’s thick, strong fingers replaced my own. I increase the pressure, needing to feel the release my body has needed since soon after I first laid eyes on him. When I finally come, I bite my bottom lip hard, praying he’s not standing on the other side of the door as I moan his name.

I lean against the wall of the shower while I try to steady my breathing. What is it about Dylan that has me thinking about and doing things I’ve never done before? The last time I had sex was nearly a year ago, and it’s been even longer since I had an orgasm. If thinking about Dylan makes me come this powerfully, I can only imagine what it will be like if we’re ever together.

There was a real hot guy on the cover of this, and I am not going to lie, he had everything to do with why I cracked this book open when I did.

I connected with Tasha in a lot of ways. She is a normal girl for the most part but is still feeling the after effects  of a marriage that should have never happened. Her personality shone through brilliantly though. There was so much about the way she was written that made her easily identifiable.

However, Dylan is all about respecting Tasha. At times I did feel like he was a bit too much but their chemistry together really worked. Even though this was a bit outside my normal reading, I still found myself enjoying it very much!

They say you should never judge a book by its cover. Well, clearly whoever said that had never laid eyes on the cover of Sloan Johnson’s Unexpected Angel (Isthmus Alliance #1). Wow. Talk about getting my attention! Nothing like a hot bald man with rocking abs and sunglasses to make me notice a book! And what is it about a hot bald guy, anyway? Seriously? Am I alone in thinking that that is totally hot? I would love to slap that head around…wait…did I say too much? I digress!

Unexpected Angel is the story of Tasha and Dylan. Tasha has recently finalized her divorce to her abusive scumbag husband. She bears the scars of that relationship in her fears and self-doubts. Dylan Caprese is an incredibly hot guy with a somewhat boyish charm and a big heart. He is one of the good guys, and that sensitivity allows him to really see Tasha’s vulnerabilities. He is also a Dom. Now, for those of you who may be reluctant to read about BDSM, Unexpected Angel is actually pretty tame. I have read several books (to include a certain notable series) in this genre and there were times where I was like, “Holy cow!! You can do that!!”. Dylan and Tasha’s story is not like that. There some pretty kinky parts, but nothing too outrageous. We see how Dylan’s protective nature allows Tasha to be open to learning about his lifestyle. We also see the strength in Tasha as she tries to push through her fears and begin to trust Dylan.

Tasha and Dylan’s story is a good one and it is totally worth reading. It’s an easy read that keeps a fairly good pace. That said, there were a few things that left me hanging. I found that I had a lot of unanswered questions about characters, gaps in the story and missing details. There was some background info on Dylan that was missing. For instance, it is mentioned that he owns a tattoo shop, but it is just a mention. We also find out that he is part of the Isthmus Alliance. We never find out what exactly that is or how it came to be. We also never find out how/why Dylan became a Dom. For me, that was important detail. I wanted to know why. Was he introduced to it in college? Were BDSM and the role of Dom a way to heal the loss of control and trust suffered through some horrible childhood trauma? In the book, Dylan does NOT like Tasha’s best friend, Holly. I’d go so far as to say he hates her. We do know that he knew her before he met Tasha, and we kind of find out how, but we never really know. His reaction to Holly was so strong that I spent a great deal of time wondering if Dylan and Holly had hooked up at one point in the past. These were some of the niggling details that left me feeling a little unsatisfied.

For those reasons, I give Unexpected Angel 3.5 stars. The story itself is good. I just wanted more…more background info…more character development…more. Now, since this is a series, I have to wonder if we will get some of that information in future installments. I hope so. My curiosity is piqued. I am left wanting more (and not just of that hot bald head), and I want to read more to satisfy that curiosity. Look for the second book in this series, Unexpected Protector. I know I will!! 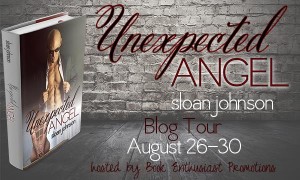 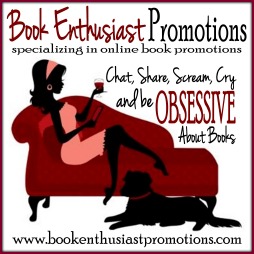