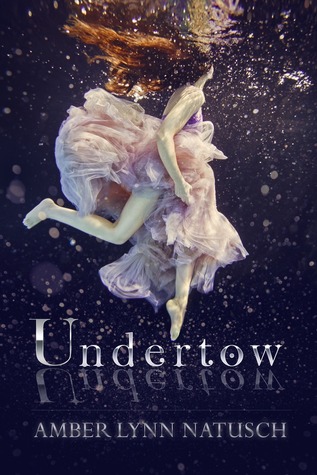 How far does a girl have to run to escape a lifetime of pain and loss at the hands of Alaska’s notoriously unforgiving Bering Sea? Twenty-seven-year-old Aesa Fredriksen thought landlocked Columbus, Ohio would suffice, and it does until the fear of regret drives her to return to Dutch Harbor in a final attempt to make amends with her nearly-estranged father. Intent on salvaging the wreckage of their relationship, she reluctantly agrees to join him—the only family she has left—as he heads out to fish for king crab, forcing her to brave the very waters that pulled him away from her as a child. The waters that stole her mother’s life.

When the day finally arrives for the Norwegian Queen to sail off into an uncertain future, Aesa can’t help but fear the worst. Beyond the violent swells and impending storms, there is far more than death and danger awaiting her on her journey: love awaits her too.

Decker, a young but seasoned member of her father’s crew, is a force of nature as strong as Aesa, He’s her perfect match, and even she can’t deny it. But he too is a man of the sea, and with memories of tragedy and abandonment etched so deeply into her mind, can she overcome her demons and let him in or will she drown in her darkness, forever caught in its undertow?

I gotta tell you, if you love a good story but are sick of the same old, same old love story then this is for you.  This is a unique and very relevant story that keeps you engaged the whole way through.  I was captivated by the environment.  I was moved by the story.  This is so much more than a love story!  This is a story of forgiveness and growth.

“Could She hold on to that and allow it to override the downward spiral that beckoned her-the undertow that threatened to drag her down?”

Aesa (pronounced ice-a) has a beautiful heart filled with the spitfire spirit that one would expect from a woman raised around so many gossipy fisherman.

Sometimes when I read decisions that a heroine in a story is going to make I think no don’t do that!  Or why is she being dumb?  But in this story, I felt that Aesa is completely justified in her feelings.  Although my heart was breaking a little, this was one time where I was like, I get it, hard decisions, but I understand.  And bravo to Amber Lynn Natusch for creating a love like that.

And then there was Dexter,

With those words, ARE YOU KIDDING ME!!! If I could jump into the pages of the story and go all alpha girl, that would be a man worth fighting for.

My teeniest criticism hold me back from a full 5 was it was hard for me to completely visualize the characters.  Other than that, this was beautiful and different.

A huge part of this story is about father and daughters, truly touching!

You know those books that just plunge you right into the lives of the characters, have you feeling each and every one of their emotions, and keeping you captive until the end? And even then you’re still thinking about the story? That is Undertow for me. This is my first novel by Amber Lynn Natusch and I love finding new to me authors like her, knowing I’ll be picking up more to read in the future because of her ability to tell a deeply real, emotional story.

Undertow’s unique setting of the king crab fishing and Bering Sea provided a harshly beautiful, salt-of-the-earth kind of feel to the story. We meet Aesa, who is headed home to Dutch Harbor, Alaska, to settle things with her father, whom she hasn’t seen in over nine years. The dialogue between Aesa and her father, as well as her internal dialogue, were so real to me. Maybe it’s because I could imagine myself in her shoes with a father who might not be overly expressive or in a situation that is her heritage but not necessarily where she wants to be, but I really related to Aesa’s conflicting emotions. The story also brings us Decker, Robbie, Damon, the other captains, and so many more. All of them added a richness to the story that had me smiling and crying at various moments. And the moments with Decker…what a beautiful man! *sigh*

I give serious props to Amber Lynn for developing a story within the harsh and rugged Alaska fishing community that is rich with love, friendship, and family. The scenes on the boat were vivid but not overly technical that I lost the underlying story of forgiveness and love. I highly recommend this one!

I couldn’t help but watch her, curled up in the chair facing me. Everything about her was captivating. Her wavy auburn hair hung in the most disheveled way, the loose curls covering part of her face. It was hard to not push them aside so I could maintain a clear view. She made it hard to focus on the task at hand, but eventually I was able to pry my eyes from her lightly freckled face and stare out at the relative calm that stretched for miles before us.

The calm before the storm. That’s what Aesa’s controlled demeanor reminded me of: a placid façade belying a torment of emotions.

If you’re dying to know more about me, allow me to put you at ease. I’m a sharp-tongued, sarcastic cancer, who loves vegetable smoothies, winter storms, and the word portfolio. I should NEVER be caffeinated, and require at least eight hours of sleep to even resemble a human being. At thirty-four, I just now feel like I can keep a straight face while saying the word “rectum” (which is actually a huge lie because I just laughed out loud while reading this to my husband). I live with my iPod firmly affixed to my body, drive too fast, and laugh/cry at inappropriate times.