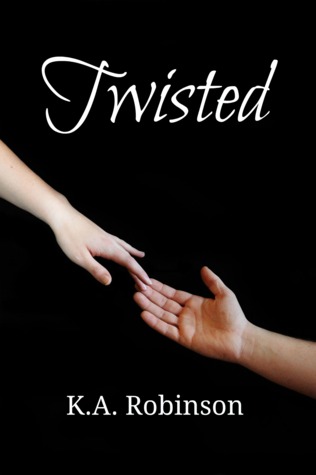 Chloe and Drake have found their happily ever after… Almost.

When Chloe’s mother comes back into her life with a bang, it sets off a chain of events no one could have ever expected.
Everyone has their demons, and Chloe and Drake’s hit them with a vengence.

Sex, drugs, money, a crazy ex, and Rock n Roll…. Can they survive it all?

Things are beginning to feel a bit… Twisted.

Man! Chloe has had some serious ups and downs in her life in the last year! Starting with Torn and the drama between her, Drake, and Logan. And now, in Twisted…she’s not only dealing with a potential triangle again, but also has to come face-to-face with her mom. Top that off with the aunt’s cancer and Drake’s touring with the band and you have recipe for some trouble.

Twisted picked up right where Torn left off so it is very important to read them in sequence to best understand what is happening and to get involved with the characters a bit more. In Twisted, I really sensed how much Chloe was growing up and learning to face her demons. She stood her ground in the face of some true nastiness and didn’t falter. She also was strong when it came to what she believed was the right thing to do for the relationship between her and Drake.

Drake, I wanted to slap a few times and say get your head out of your ass. I was a little less enamored with him than I was in Torn. Maybe because he took an easy path when he could have had more trust? He truly did love Chloe though and would have done anything for her. In that regard, I figure I’ll keep him around.

I missed seeing as much of Amber and Logan in this one. It was fun to see some of the band members’ personalities a bit more and hope to see more of them in the future.  Overall, I enjoyed Twisted. There were moments in the middle where I didn’t feel as connected to it, but it was in the end a very good story of how Chloe faced some traumatic events in her life and found her HEA.

Twisted starts off where Torn ended.  Chloe is still madly in love with Drake.  Their heat is still as prevalent as always.  Chloe is faced with more from her past and while she is dealing with it Drake is faced with his own demons.  This book is about their love surviving, and questions that if faced with the worst circumstance can it survive.

I wish like Dawn that I was able to read Torn and Twisted back to back.  After I was into Twisted I thought that I should have reread Torn first.  I loved Torn.  For me for some reason it was hard for me to reconnect with Chloe like I originally did and I am betting that I would not have this problem had I read them closer together.

I also loved in Torn Chloe’s relationship with Amber and Amber’s family.  I was disappointed that the relationship between Amber’s mom and Chloe was overlooked in this book.  I could not believe how close they were in the first book and then with everything Chloe dealt with in this book that there was no connection to the woman who took care of her as a mom for the last several years.

Oh Drake, he is the sexy bad boy rocker, but he falls into a place that is so dark in this book.  I did feel for Chloe, Drake broke my heart a little too with his self destruct button that he continued to push.  You do root for them as a couple though.  I want them to have a happy ever after.

This story has plenty of heat.  K.A. Robinson does not disappoint when it comes to shower steam coming off of the pages.  She has no problem with showing the reader just how sexy Drake can be.  There is also a ton of swoon worthy lines that can melt you as well.

My one recommendation is to try and read Torn and Twisted close together so that you don’t loose any umpfff.

I had the pleasure of meeting K.A. Robinson at the Columbus author event.  She was so sweet. 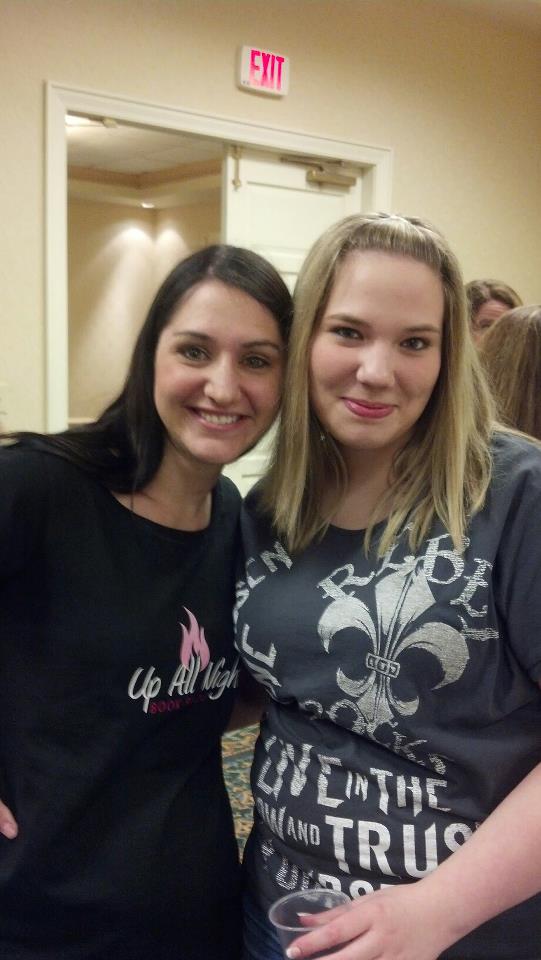 *ARC received for an honest review.