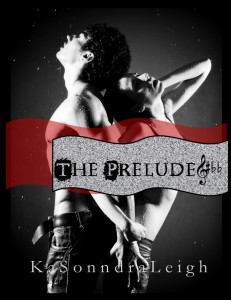 After finishing design school six months ago, Erin Angelo left her tragic past behind in the States and started a new life in Milan, Italy. Burying the grief, silencing her demons, and living a life without any real attachments has worked well for her so far. But when Erin secures her first real job as a budding clothing designer, her controlled world is shaken to its core by the mysteriously sexy director of the local symphony.

Alek Dostov is a man who knows what he wants and how to get it. He’s successful, hot, the son of a millionaire, and women all over the world flock to see one of his performances. For Alek, Erin represents the ultimate challenge: sexy, smart, and unaffected by his charms…or so she thinks. Just like Erin, Alek avoids attachments that leave him emotionally vulnerable. But unlike Erin, his pursuit of all things pleasurable is ruthless.

Knowing how wary they both are concerning any kind of committed relationship, Alek finds a way to pursue Erin, satisfying the intense attraction between them without sacrificing the freedom they both enjoy. Sometimes the deepest passion brings out the darkest emotions. And Erin finds herself completely unprepared for the forbidden world of the young maestro and his truths and even his secrets, as she struggles to deal with her own.

Music, passion, betrayal and forbidden love spun together in one of the most romantic cities in the world.

“…the prelude is the part of a song that pulls you in, hypnotizing you with beauty. The beginning of a song hooks people inside its spell and never lets the person go until the last note trickles through their mind.”

This is truly a beautiful, hypnotic story. One filled with learning to love, finding peace with the past, and taking a leap of faith when fate seems to be in the lead. I was instantly immersed in Erin and Alek’s story. There is this mystical quality to KaSonndra Leigh’s writing that reminded me of a full composition of music where each piece is critical to the telling of the story and that each note is brings you back to the story in some manner.

Erin has closed herself off because of some extremely tragic events that occurred in her life 5 years prior. As the story unfolds, more of those events become known. There are hints dropped in throughout of what those events were and why she has chosen to close herself off. Then Alek enters her life. He is a known playboy with a body for sin. He’s a man with a dark past and several secrets that he keeps extremely close.  Erin mesmerizes and challenges him and all he believed about himself. I was so taken by him and how he was consumed with opening Erin up and helping her become the woman she was meant to be. I loved hearing his point of view as well as Erin’s throughout.

Erin and Alek’s journey has many twists and turns with some unsavory characters thrown in their path. Through it all, you have a sense of their connection and love that has the power to heal them both.

I live in the City of Alchemy and Medicine, North Carolina. I write about people doing fantastical things in magical worlds. Sometimes they fall for each other and make sacrifices for their friends. Oh, and sometimes they love music and nature too. I live with my two sons,a guinea pig, a cat, and two dogs. Now that I have completed my MFA in creative writing, I find that I have a little extra time to play CLUE more often. I live in an L-shaped house dedicated to my grandmother. It has a secret library complete with fairies, venetian plastered walls, and a desk made out of clear blue glass.