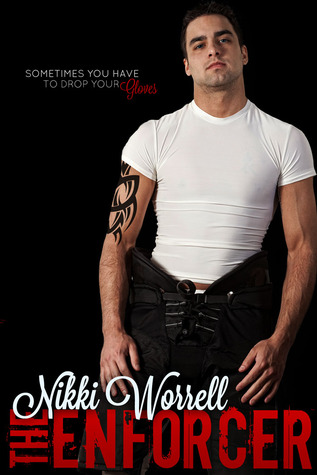 Lacey Benoit is in need of a fresh start. Her best friend, Dr. Zoe Millis, has been begging her to make the move from Maine to California. Taking a leap of faith, Lacey does just that.

Living in San Diego definitely has its perks, such as, sunshine and beaches. The best part of moving to the west coast, however, is that Steven is still on the east coast. Catching your almost husband having sex with one of your bridesmaids on your wedding day would make even the strongest woman jaded. Therefore, Lacey has sworn off men for a while, especially men who travel a lot that have easy access to loose women.

When Lacey meets the new enforcer for the San Diego Scorpions, she thinks she might be in trouble. But she is determined to fight her attraction to the sexy NHL hunk. And she is successful…for about a day.

Vlad knew Zoe wasn’t his to protect, but he couldn’t simply sit at home, wondering if that asshole Steven was going to show up at her house. How did Jody do it? How did he leave Lacey’s side, knowing her ex was lingering around, possibly meaning to do her harm? Well, as long as Lacey was staying with Zoe, Vlad was going to keep a watch on her.

On the drive over to Zoe’s house, all manner of ill thoughts went through his head. Steven could be there now. No one knew exactly when he was going to show up; just that it was going to be that day. Fuck it. It was unreasonable for the girls to expect them to leave them unprotected.

Vlad pulled up to Zoe’s house and stormed out of the car. He saw Jody’s truck and his heart skipped a beat. Did that mean Steven was there and there was trouble? He double timed it around the house to the front door and heaved a sigh of relief when he saw Zoe and Lacey safe and sound. She gave him the evil eye, but he continued towards her.

Whether Zoe knew it or not, he would have her someday. He loved her. He knew it, hell, she knew it; she just had to accept it. 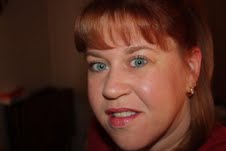 I am a hockey fan (Go Flyers!) who loves to read. And now I am enjoying writing. What do I write about? Hockey and men. Really, is there anything better? I live in Hammonton, NJ with my husband of over 18 years. It’s not always easy but it’s always worth it. I have a B.S.B.A. in Human Resources and work for a law firm in Philadelphia.

Favorite Books: Pretty much anything with strong characters. I also love some supernatural thrown in and anything that involves a hockey player!