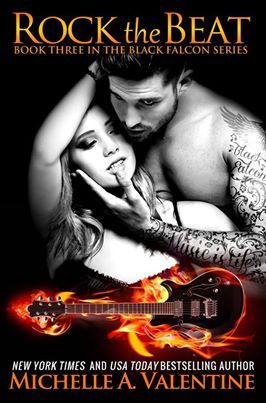 Twenty-year-old Holly Pearson never dreamed that while working at her father’s motocross track she’d run into the walking, talking definition of trouble in a sexy, tattooed package—Trip Douglas, the man sent to evaluate the track for a possible investment opportunity. Holly makes no attempt to hide the fact she despises Trip, but she learns to be civil toward him when he offers to help her land the man of her dreams.

Trip needs a break from the crazy rock-and-roll lifestyle he’s been living for the past few years. With his Black Falcon band mates settling down with marriage and babies, Trip peruses an investment opportunity in motocross, something he’s always been passionate about. Hiding his celebrity status, Trip infiltrates the new business posing as a dirt bike rider training for the X-Games. The only obstacle is the owner’s daughter, Holly. She’s a real ball bustin’ Ice Queen, and she’ll do whatever it takes to make the deal fall through. Trip soon discovers that winning over his new enemy is the key to gaining a partnership in Mountain Time Speed Track.

Knowing he’s the expert on getting laid, Trip ropes Holly into becoming his ally by helping her score a date with the man she’s crushing on. The problem is, the more time Trip and Holly spend together, the more they uncover the undeniable attraction between them. Soon they both realize that even the best laid plans go to hell when you find you’re falling in love with the enemy.

**Book THREE in the Black Falcon series. Can also be read as a stand-alone novel**

Oh, Trip…I’ve been waiting for you!! And it is official. I’m in love with another Black Falcon hottie! It started with Noel, then Riff, and now Trip…I’ve loved them all (Tyke, you’re up next!). In Rock the Beat, Michelle Valentine brings us Trip’s and Holly’s story and what a fun, sexy read it is! This was unique from the others in that it took place entirely at a motocross track instead of on the road with the band. I missed some of the interactions with the others but I also loved the focus primarily on Trip and Holly.

Holly is taking a break from college to help her dad with the track and also to stay close to her boyfriend. She’s a tough, strong, hold-nothing-back kind of girl! I loved her sass! Trip shows up with the possibility of investing in the track but is doing so without letting on who he really is. It was fun getting into Trip’s naughty head through the use of the dual POVs. Both POVs were distinct and the transitions smooth with switching back and forth. The chemistry between these two is definitely hot and there is a sweet, almost down-to-earth quality to this story that I adored.

Along with the main story of Holly and Trip, there were some very tender moments between Holly and her Dad and Holly and her best friend, Max. I also loved the way the connection was handled with Trip and the band through Tyke.

Overall, I continue to be a groupie for the Black Falcon band! You can find me in the front row waiting for a drum stick to be thrown my way by the sexy Trip!

I liked Holly.  She kind of reminds you of a sassy Daisy Duke.  She is a hot blonde who left school to help her dad with the family’s motocross business.  She gives best up school without complaint, and has a fierce loyalty to her family and friends.  Her best friend is Max, who happens to be a sweet gay man who loves Holly.

Holly meets Trip.  Trip in his usual overtly sexual way, puts Holly off.  He is not used to this and it grows his attraction.  Trip is still sexy and fun in his flirty ways.  Trip is sweet.  I was surprised at how sweet he is.

This story is not on the road, in fact Holly has no idea who Trip is.  We don’t have crazy fans, we just get a cute story of a girl falling in love with a guy.  If you need a sweet quick read this is it.

This is 3 in the Black Falcon Series however if you just read this one you would not be confused. It can easily be read as a standalone. 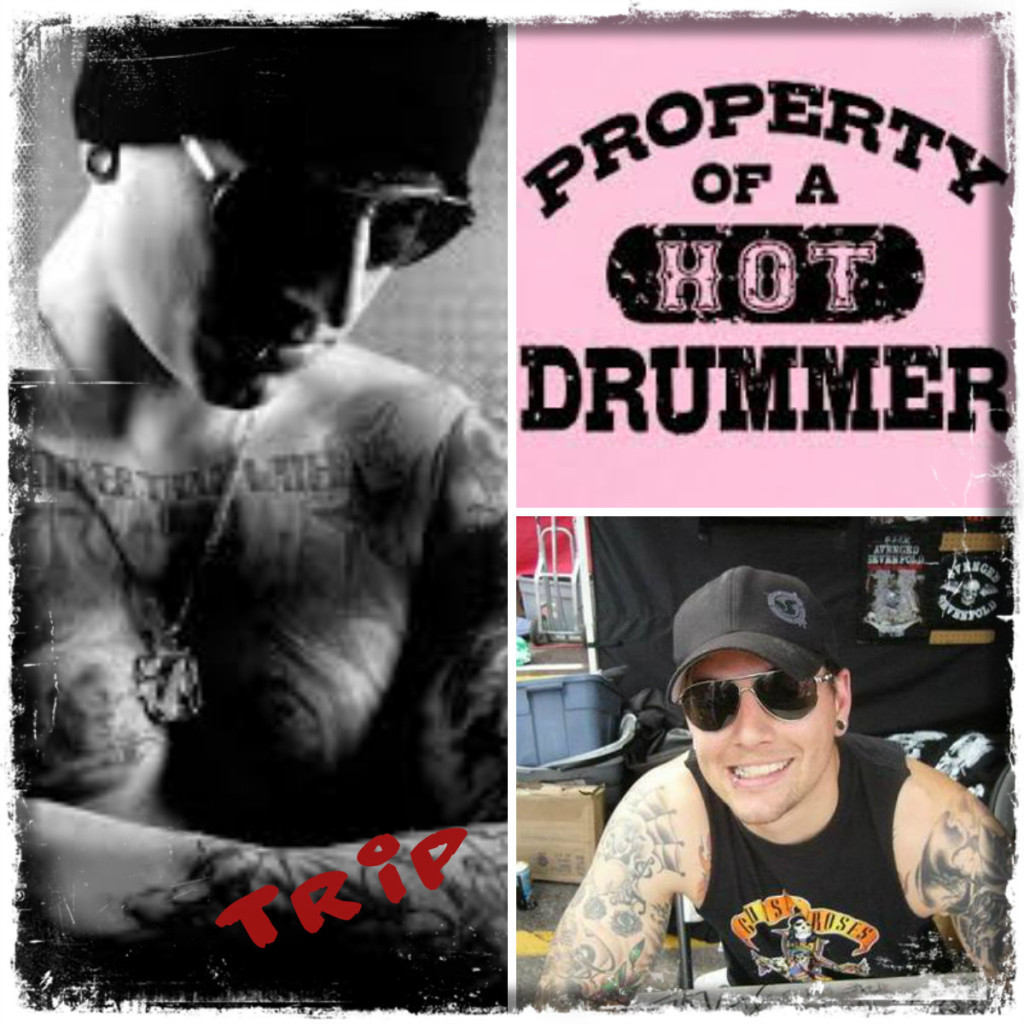 Trip Douglas (born October 14th), is the drummer for the American heavy metal band Black Falcon. Trip is best known for being the crazier of the two Douglas Twins. His triple-thumping foot pedal sound became a trademark for the band.

Trip began playing instruments under the guidance of his musician father along side his twin brother Tyke, but his interest in playing in a band grew once he discovered his love for hard rock music. He joined a band called Dingy while in high school with his brother Tyke and his best friend Zachary ‘Riff’ Oliver. Later the band was renamed to Black Falcon after the addition of the bands new front man, Noel Falcon.

Trip also enjoys extreme sports, such as dirt bike riding, rock climbing, and sky diving, making him the most adventurous member of the band. His dream is to one day climb Mount Everest.

A few stats about Trip Douglas:

I pull a pair of sunglasses out of my pocket and slip them on my face. “I’m new in town.”

“Is that right?” I don’t care for the snide tone in his voice. No one challenges me even a little bit and gets away with it.

Jackson raises his eyebrows. “It’s just I know all the riders around here.”

“Like I said, I’m new, and to be honest I don’t care for the fucking third degree you’re trying to give me. If you know what’s good for you, you’ll back off. Now.”

He narrows his eyes at me. “Maybe you don’t get how things work around here, so I’m going to fill you in. I run this place. Nothing goes on around here without my okay.”

I laugh. “That’s funny, because I sure as hell swooped in and stole your girl from under your nose.”

He shakes his head. “You and I both know I can get Holly back anytime I want her. When I get tired of fucking around and I’m ready to settle down, she’ll take me back. Don’t doubt my hold on her. I own her.”

My fingers curl into fists at my side. I know the plan is to make him want her back, but after talking to this motherfucker, I know she deserves better. The urge to protect her rages inside me. “That’s what you fucking think. I’d like to see you try and take her from me.”

Jackson smirks. “Care to place a bet on that?”

Is this asshole for real? He has no idea who in the hell he’s challenging. “I don’t need to gamble on something that I know is a sure thing.”

He steps closer, invading my personal space. “I was with her two years. I could fuck her right in front of you if I wanted.”

“Watch your fucking mouth. I swear if you say one more thing about her—”

“You’ll what?” he dares me. “Hit me? Do you know who I am, pretty-boy? My lawyers will eat you for breakfast.”

His threat doesn’t even faze me and it’s obvious he has no clue who I am, and that I don’t give a fuck about the law. It’s never stopped me from ripping into someone’s ass before, and it’s not going to start now. “Talk about her like that again, and see what happens.”

Jackson’s tongue touches the corner of his mouth as he wears a smug smile. “You don’t know what you’ve fucking started. I’m going to take her away from you now just because I can. Your days are numbered, prick.”

The muscle in my jaw flexes. “Keep telling yourself that, while I’m in her room at night tasting that sweet pussy.” 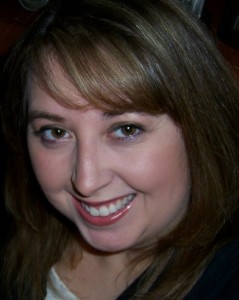