Blog Tour & Review ~~ I See You by Molly McAdams

What if…
Aurora Wilde’s life feels like a series of what ifs, forks in the road, and doors unopened. What if she hadn’t gone to the party that night? What if Jentry Michaels hadn’t captured her interest, or disappeared the next day? What if Declan Veil hadn’t been there to sweep her off her feet?

And as she goes down the list to make her perfect forever, Aurora is happy with her life and a future that seems completely secure. Until, one day, suddenly it’s not. Now she’s stuck between the man who has been there for her and the one she never stopped thinking about.

As the consequences of each of her choices comes to a head, Aurora begins to realize that, sometimes, one tiny decision can ripple through a life and change everything. But when what once felt like a safe and reliable future becomes something else, will Aurora have the courage to make a final decision that could alter the course of her entire life? 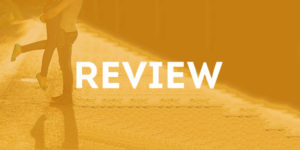 Have you ever read a Molly McAdams book before?  If you haven’t, you need to start.  Molly McAdams is one of the authors I read without even looking at the synopsis.  It’s a guaranteed great read.  And she has delivered once again.

Rorie makes a decision to go with her heart and not thing so much one night at a party.  A decision that will forever change her life.  One night with Jay and she can’t move stop thinking about him.  She returns to the same frat the next week to find this “Jay” that she can’t forget.  He’s not there, but meets Declan.  Declan is a good guy and Rorie is a bit smitten.  Their relationship begins to grown, but in the back of her mind, she can’t forget Jay.

Jay aka Jentry has returned and the feelings are mutual, he hasn’t forgotten her either. But the relationship between  Jentry, Rorie and Declan is one that’s important to each of them for different reasons.

Molly McAdams has woven a web of secrets, love and soulmates.  She has also created one of the most awful characters ever, Linda.  This woman will make you so angry that – she will be the reason you want to throw your kindle and the angst in this book is of epic proportions so many would think the angst would cause this reaction, but LINDA did it for me!

Once again – Molly McAdams has captured me with her characters.

The book’s timeline jumps from one night, present and months ago which was  bit confusing at the beginning but as I read more, I understood more.

He reached for me, but I shot my hand out in a silent plea for him not to. I was already shaking from keeping myself from him. I didn’t want to think about what I would do if he touched me now.

The past was standing right in front of me, begging to be seen. As if I had ever stopped seeing him. As if I had ever pulled myself from the embers of that night. That night was a dance of flames that had no ending, only respites. One touch from him and those embers would roar to life again, burning hotter and higher.

I couldn’t allow it. Not now, not with everything going on.

I dropped my head and took quick steps to leave the closet, but Jentry’s arm shot out to stop me, his hand curled against my waist possessively.

He ignored me and pulled me against him so my side was pressed to his chest. My body trembled as those flames got higher. But with the flames that guilt grew and grew, threatening to cripple me.

“You hurt, I hurt,” he reminded me. “And, Aurora, seeing you like this and not being able to fix it is killing me. I’m sorry for what happened. I’m so damn sorry, and I’m sorry I wasn’t here sooner.” Each word was laced with pain, echoing the aches in my heart and my soul. “But you are out of your mind if you think it was easy for me not being here. I have regretted letting you go, every minute of every fucking day. If I could do that first night all over again I would, and I would’ve been there for you. I would have been here.”

The tears that had filled my eyes finally slipped free at his words and the memory of that night. “But you did let me go, and no matter how much we beg time to reverse, it won’t.”

His body deflated against mine as regret leaked from him. “No, it won’t. But I’m here now. I’m here, and we’re going to get through this.”

So much indecision and confusion wove through me. Wants and needs at war with one another as they had already been for an agonizing amount of time.

My heart had bled out through each battle until I’d made a life-changing decision, a decision that Declan and I didn’t speak of, and one that Jentry still didn’t know. Now any move I could make from here on out would be the wrong one. I was sitting in a minefield, waiting.

“I tried to forget that night,” I whispered before I could stop myself. “I tried to forget you, but somehow you embedded yourself so deeply into my soul in just one night, that forgetting you—forgetting that night—was impossible. I don’t need a lifetime with you to know that no one and nothing will ever compare to what’s between us. But it’s too late for anything involving us even if it’s just us getting through this, because that night and you are now some of my biggest regrets.”

Want to know how the music matches to the book?
Here are the songs linked up to the parts of the story!

Molly grew up in California but now lives in the oh-so-amazing state of Texas with her husband, daughter, and fur babies. When she’s not diving into the world of her characters, some of her hobbies include hiking, snowboarding, traveling, and long walks on the beach … which roughly translates to being a homebody with her hubby and dishing out movie quotes. She has a weakness for crude-humored movies and fried pickles, and loves curling up in a fluffy comforter during a thunderstorm … or under one in a bathtub if there are tornados. That way she can pretend they aren’t really happening.

Enter to win 1 of 3 Paperbacks of I See You