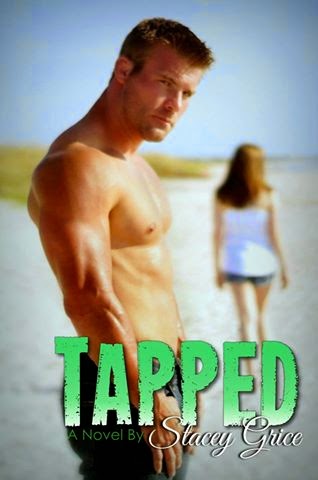 Unexpectedly thrust into a whirlwind romance, Bree thought her relationship with Drew could withstand any obstacle thrown their way. Excited for the future, everything she thought she knew came crashing down in one horrible night. Forced to re-evaluate her feelings, Bree is left alone with a heavy heart and the realization that Drew’s nightmare changed everything.
The effects of his trauma once again surfacing, Drew had no idea how volatile his actions were until it was too late. He must work to rebuild trust with everyone around him, all while participating in vigorous therapy and being separated from Bree. When a once-in-a-lifetime career opportunity presents itself with impeccably poor timing, Drew has some tough decisions ahead.
Can he heal the wounds his past has created and quiet the demons that haunt him? Can he repair the damage done with his love or will he give up?
Discover if it’s all too much and Drew ends up…
Tapped.

Author’s Note: Tapped is a continuation of Totaled, the first book in the Totaled series. It is highly recommended to read these books in sequential order. Due to mature content, profane language, and sexual situations, this book is recommended for ages 18 and up.

Honestly… When I read TOTALED (Book 1 in the Totaled Series) I was left hoping for so much more depth from the characters and so much MORE in general.

STACEY GRICE HAS TOTALED ME WITH TAPPED!!!
What a GREAT book!  We were left with a pretty major cliffhanger in Totaled and Stacey picks right back up, in TAPPED, where she had left us hanging off that cliff.  The story’s progression is a perfect flow filled, with torment and love, heartbreak and growth.
In TAPPED, we follow Drew in the aftermath of what he had done by the end of Stacey’s first book.  We follow Drew and fall SO IN LOVE WITH HIM as he faces his demons and struggles with what is best for Bree more than for himself.  But it’s a GREAT and HOPEFUL story and I enjoyed it immensely!!!
“Grief is like the ocean; it comes in waves ebbing and flowing.  Sometimes the water is calm, and something it is overwhelming.  All we can do is learn how to swim.”- Vicky Harrison
What I really loved about TAPPED is that Drew that’s an MMA fighter, strong physically, but mentally dealing with some pretty major issues that require therapy.  And Bree is the strong female that has it all together.  She runs her household for her father and brother, essentially run her family’s gym, goes to school and does EVERYTHING for EVERYONE.  I really loved that it wasn’t another “damsel in distress” book.  This time we are reading how a MAN would possibly react and go through the motions of getting help.  EXCELLENT!
I fell in love with each of these characters.  Liam, Bree’s brother wasn’t a huge part this time but I felt what he showed spoke volumes!  Pat & Mick were so fantastic in how they handled Drew.  Bree, in her never giving up on the love she had for Drew.  Fighting for him, for THEM.  And Drew… I liked him before… but I FULL BLOWN LOVE THIS MAN NOW!!!!!!  He’s truly kind, and respectful, and puts others first.  He tries to do the right thing all the time.  He’s noble and BRAVE.  He Fights Hard… He LOVES Hard… He’s romantic but genuine.  He might have just made it into my Top 5 book boyfriends EVER!
“We are all full of marks.  Some we gave ourselves, some inflicted by others.  Some temporary nicks and dents, and other permanent, scarring us as reminders of what we’ve gone through in life forever.  Everything we’ve ever said or done to a person leave some sort of mark.  We smudge ans stain the ones that surround us with hurtful comments.  We stamp their hearts with pain.  But we also score their souls with love, affection, happiness, and gratitude.  We imprint on them with everything that we are…”
-Drew Dougherty <3
Great Job Stacey!!  I LOVED this book!  You ROCKED it!!  And to all the BETAs who helped you out… Awesome Job!!!
4.25 Out of 5 BLUSHES!!!!!
Other Books: (Totaled #1)
Click to see our Review of Totaled
Add to  Goodreads
Buy from: Amazon | B&N | IBooks | Kobo | CreateSpace

Something told me to walk around to the back and my legs took me. I followed the skinny path within the dunes and sea oats on the side of his house until he came into view. Standing with his back to me, he watched the water as the sun rose higher and higher above the horizon, the colors beautifully framing his silhouette. He turned his head ever so slightly, I guess sensing that I was there, and then turned around completely.
I froze.
I was unable to take another step for a few seconds as we stared at each other. His posture relaxed, relieved to see me before him, and he advanced toward me. I walked forward, my stomach in knots of nervousness, and he matched me step for step until we were mere feet apart. The salty sea breeze blew violently around us both, coming off of the crashing waves and onto our skin. The second we entered each other’s space, my world went silent. I didn’t hear the water or smell the ocean. I didn’t feel the wind on my face or the sand under my feet. I was only in tune to him.
He swallowed hard, his eyes sharp and assessing, darting around my face as he took me in. They roamed and finally settled on my cheek just underneath my left eye; his shoulders fell as he exhaled. His right arm reached for me, stopping midway and then slowly continuing up, his eyes asking for permission. I lowered my chin and leaned into him as his fingertips grazed over my skin, tracing the scar he had given me. My eyes closed at the intensity of the moment.
He moved a few inches closer and cradled my jaw in his hand, urging me to open up and look at him—to really see him. I did and his eyes brimmed with tenderness and compassion. I looked into them, trying to memorize every shade of green, every fleck of gold, not knowing what the future held. I just knew that if I was never able to lay eyes on him again, this was the image that I wanted to remember. My gentle and loving Drew, normally stuck inside a giant, rough exterior, was now exploding out, his shrapnel penetrating my soul. 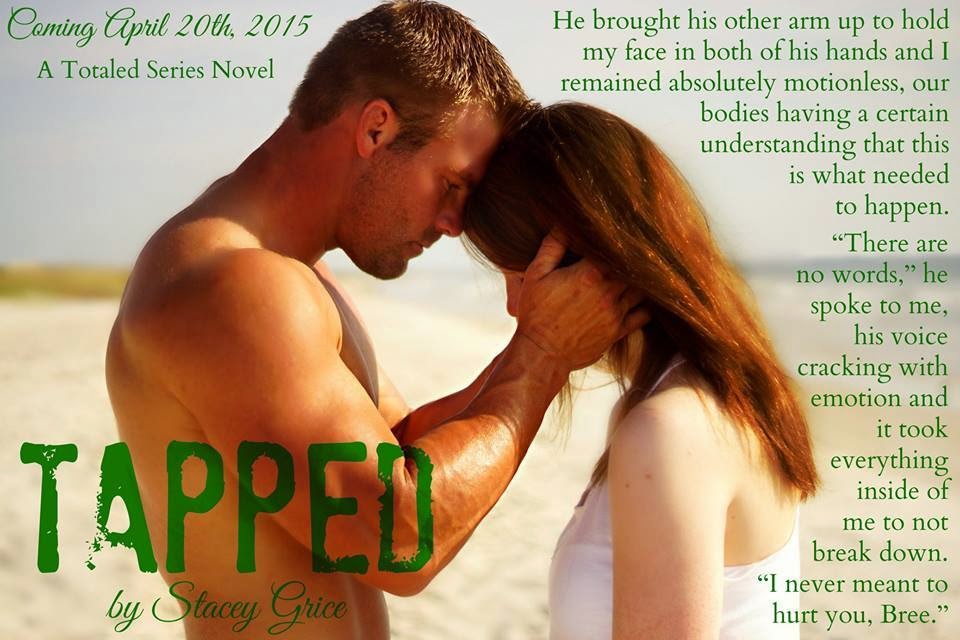 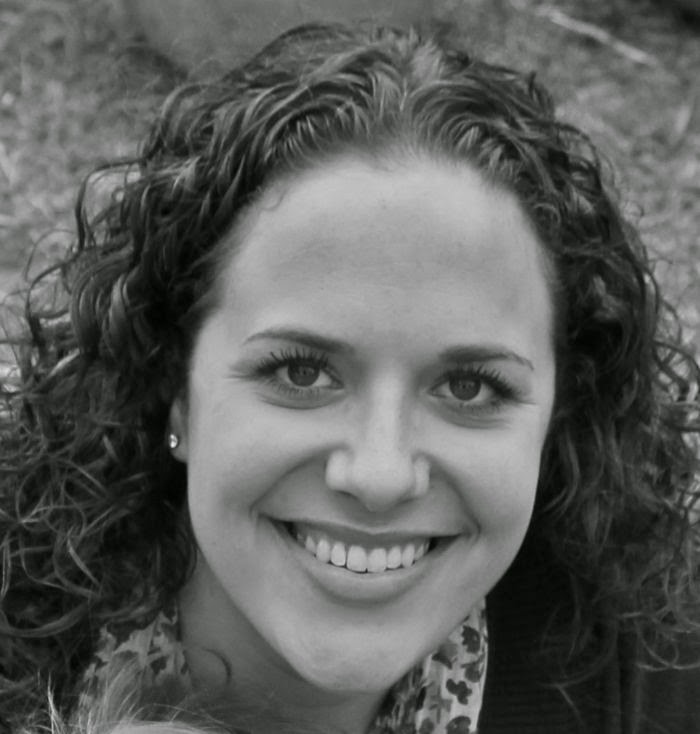 I am a mother, wife, Registered Nurse, avid reader, and most recently pursuing taking my own writing to the next level. I appreciate honesty but not cruelty, a wicked sense of humor, and a good cup of coffee, blond with enough creamer to coat my tongue yellow.
Being an astute people watcher and having an extremely judgmental mind gives me constant inspiration for my stories. But my characters, like many authors, are conceived from actual people in my life. A hodgepodge of personality traits, real world instances, and conversations that I have directly taken part in are the foundation for my fictional world.
FACEBOOK | TWITTER | GOODREADS