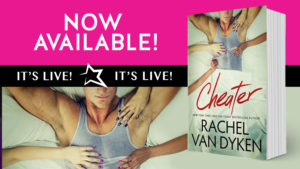 What are you waiting for? Grab your copy TODAY! 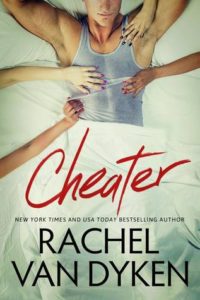 Lucas Thorn wasn’t born a cheater. All it took was a single moment—say, a certain disastrous incident on the night before his wedding—and boom. Reputation destroyed forever and always. So now he owns it. He has a lady friend for every night of the week (except Sundays—God’s day and all), and his rules are simple: No commitments. No exceptions.

But a certain smart-mouthed, strawberry blonde vixen is about to blow that all to hell.

Avery Black has never forgiven Lucas for cheating on her sister. And suddenly being forced to work with him is pretty much a nightmare on steroids. Of course, it does afford her the opportunity to make his life as difficult as possible. But no good revenge scheme comes without payback. Because he didn’t become the Lucas Thorn without learning a few things about women.

Now Avery’s lust for vengeance has turned into, well, lust. And if Lucas stops cheating, it’s definitely not because he’s falling in love… 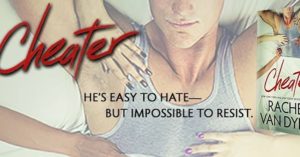 The title had me….hesitating. Cheater. Do I want to read about a cheater…..Yes!!! This was a fun read! It was not at all what I expected.

Cheaters aren’t born, they’re made. Never forget that. You don’t wake up one day and decide to cheat, you don’t make a career out of it, and you sure as hell don’t end up hurting an endless number of people for your own psychotic reasons.

With that blurb I must say this is not your typical “cheating” story, so please don’t let that sway you. It is hard without giving the story away to tell you about the cheating situation or why Lucas thinks he’s a cheater.

Lucas Thorn. His failed engagement 4 years ago left a lot of collateral damage. Being engaged to your next door neighbor/high school sweet heart was a big deal. Adding to that – both sets of parents are/were best friends hence ruining their lifelong friendship and it only gets worse! Lots of miscommunication and hidden agendas. Lots of drama & angst! But still so funny!

Four years later Lucas Thorn is a successful VP of Grant Learning. Avery Black, youngest sister to his former fiancée becomes his personal assistant. Avery did not know who she would be working with. She is still very angry.

Avery and Lucas were best friends. When her sister was busy with wedding plans and her Master’s degree Lucas would drive Avery to work and go to her softball games. Avery was 17, almost 18 at the time. Lucas was a huge part of her life.

What can I say? I loved this book! It was so funny! The banter between Lucas & Avery was hilarious! Those two together…..match, meet gasoline! Laugh out loud scenarios. The chemistry was hot!

I really don’t want to give any more away. If you are looking for a laugh out loud book with lots of banter and chemistry, then this is it for you!

“Is there a reason that every story you come up with involves you being the hero, while I end up maimed, in prison, or almost murdered?”

“I think my favorite one was when you got jumped, and I saved your life with my kung fu.”

“Admit it. The closest you’ve been to kung fu is the movie Kung Fu Panda, which you probably watched because you’re convinced the panda is your spirit animal since it’s always eating.” 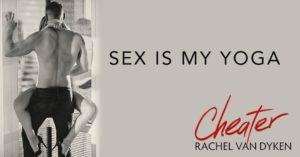 Shaking, I ran my hands through my hair and was about ready to have a nervous breakdown when my phone rang.

“Yeah?” I grabbed my coat and headed out of the restaurant.

“She’s a clinger.” That’s all Thatch had to say before I burst out laughing. “She asked for my phone number.”

“How else is she supposed to have another booty call with the good doctor?” I grinned like a smug bastard, enjoying his panic, and then I warned him to stay away. “You know this is your fault, right? You know that inviting a woman to your apartment usually means that she’ll start envisioning her shit all over the place—and next thing you know, she’s about to have your baby.”

“SHE’S NOT PREGNANT!” He started cursing again. “Look, you know I have commitment issues.”

“Like you should talk, you selfish bastard.” Thatch sighed loudly. “Break up with her for me?”

“Maybe if you had tits, and even then, that just makes shit weird, Thatch.”

I hit the elevator button and waited while Thatch started complaining about why sex can’t just be sex.

“You’re telling me.” I snorted into the phone. “Look, I gotta go. Just remember Austin and Avery are best friends, meaning, you screw her, her friend is most likely going to try to find a way to screw me. Girls go to the bathroom together. If they do the nonserious stuff in teams, you bet your ass they’re going to treat a breakup the same way.”

“That really wasn’t helpful, not at all, Lucas.”

“Or”—I shrugged and hit the button for my floor—“you could just make the sex really, really bad next time, say, finishing in like thirty seconds and screaming ‘Porcupine!’ or something.”

He was quiet, then said, “I can’t decide if that’s genius or stupid.”

“You never know until you try. Think of Christopher Columbus. Everyone thought he was stupid for sailing toward the New World, and look! He proved them wrong. The earth was in fact round, my friend.”

“Did you just compare yourself to someone who discovered an actual continent? Because it seems like you did, and this is after you told me to yell ‘Porcupine!’ when I orgasm.”

“Well, when you repeat it back like that . . .” I grumbled as the elevator doors opened to my floor. “Look, I gotta go. Leave me out of it though.”

“No promises,” he said just as I ended the conversation and greedily searched for Avery.

She wasn’t behind her desk.

Nor was she under it—I had to check because hiding and pouncing was exactly the kind of thing I could imagine her doing, just so she could scare the shit out of me and get it on camera or something. Then again, she wasn’t seventeen anymore, but this was still Avery we were talking about. Ergo, I still looked.

Frowning, I turned around in an effort to casually strut into my office and slammed right into Avery, knocking her backward onto her ass.

Papers scattered across the floor.

And her wedged heels somehow managed to fall from her feet, though they still dangled around her ankles.

“Are you okay?” I leaned down to grab her hand, but she didn’t take mine.

“Yeah.” Her cheeks reddened. “Sorry, I was just dropping off some files, and then I saw that these were addressed to another department and thought I could drop them off and . . .” Her voice trailed off as she flashed me a worried look, like I was going to fire her any minute.

Instantly feeling like an ass, I grabbed her by the waist and hoisted her into the air. “I’m not going to fire you.”

“Okay,” she huffed, tears welling in her eyes.

“Shit, Avery.” Earlier I’d been taking out my frustration with my family on her. Apparently, the distance and years hadn’t changed this aspect of our relationship, because this was a familiar pattern. I made her feel bad or guilty about something that wasn’t her fault—something she had no control over.

Especially the fact that I was extremely attracted to her—and knew it was wrong then, just like it was wrong now. 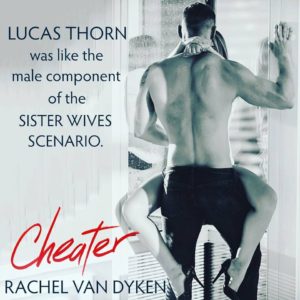 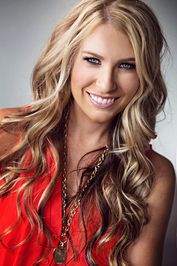 Rachel Van Dyken is the New York Times, Wall Street Journal, and USA Today Bestselling author of regency and contemporary romances. When she’s not writing you can find her drinking coffee at Starbucks and plotting her next book while watching The Bachelor.

She keeps her home in Idaho with her Husband, adorable son, and two snoring boxers! She loves to hear from readers!

ENTER TO WIN AN iPad Mini