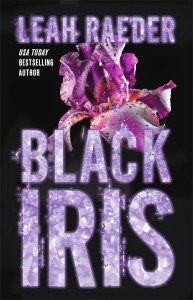 It only took one moment of weakness for Laney Keating’s world to fall apart. One stupid gesture for a hopeless crush. Then the rumors began. Slut, they called her. Queer. Psycho. Mentally ill, messed up, so messed up even her own mother decided she wasn’t worth sticking around for.

If Laney could erase that whole year, she would. College is her chance to start with a clean slate.

She’s not looking for new friends, but they find her: charming, handsome Armin, the only guy patient enough to work through her thorny defenses—and fiery, filterless Blythe, the bad girl and partner in crime who has thorns of her own.

But Laney knows nothing good ever lasts. When a ghost from her past resurfaces—the bully who broke her down completely—she decides it’s time to live up to her own legend. And Armin and Blythe are going to help.

Which was the plan all along.

Because the rumors are true. Every single one. And Laney is going to show them just how true.

She’s going to show them all.

An ARC was provided via NETGALLEY for an honest review

It’s not that often I read until wee hours of the morning anymore (getting too old), but Leah has done it, I read this book obsessively.  I messaged my blog partners and Leah herself to tell her how much this book was taking over my mind. It’s just a beautiful tale of vengeance, love, mental illness, self medicating and finding yourself in a world in which you don’t feel as though you belong or fit in.

This is the first book I have read by Leah, but I have Unteachable on my kindle and it’s has been put to the TOP of my tbr list after reading this book.

The author has one of the most descriptive vocabularies I have ever read. From the rain on the asphalt, to the sky above,her ability to describe them in such detail was breathtaking.

This book was not told in chronological order, which at times, had me turning back to the beginning of the chapter to see where I was and where we were in the storyline, but I think that made it even more intriguing.  She would leave you “hanging” and you would want to know what was coming next, but then within a few paragraphs of the next chapter, you were hooked again.

The twists, turns, characters and life experiences of Layne, Blythe, Armin, Donnie and Hiyam, will bring you into a life that most of us will never experience.

Every character you meet has an important part of this story. No one is meaningless or inconsequential. Give yourself the time and peace to read it.  Read it slowly, take it all in and you too will be mesmerized.

I have to say, the acknowledgements are something I always read, so please take the time to read them, I suggest that you read the book first, then go and read them and I think you will have the clarity that you need once you are finished.

This is a brave, beautiful and heartfelt book that is not rainbows and unicorns. It’s a sad but happy, riveting and life changing, beautifully sad and just an all around great book! I do not have the ability to say what I am feeling, just hours after finishing the book but I can say this book is a refreshing book that tackles a subject that many face and are not willing to discuss out loud.

Leah Raeder is a writer and unabashed nerd. Aside from reading her brains out, she enjoys graphic design, video games, fine whiskey, and the art of self-deprecation. She lives with her very own manic pixie dream boy in Chicago. Visit her at LeahRaeder.com.