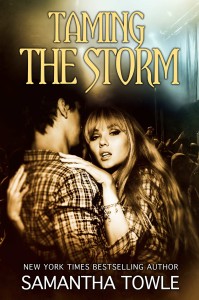 Her father has let her down her whole life. Her brother betrayed her in the worst way possible. And her past relationship experiences with men have been less than great.
Lyla is focussing all her energy into her band, Vintage, so when they receive an offer to sign with TMS Records, it seems that things are finally turning around for her. The last thing she wants is a man getting in the way.

When tragedy befalls his best friend, Tom finds himself making a promise to the big man upstairs – he’ll change his ways, if he saves the woman his best friend loves.
Tom’s prayer is answered. Now he has to change. Which means no sleeping around.

After Vintage’s manager breaks her leg skiing, Tom steps in as tour manager, and Lyla finds herself on tour with the man whore of rock.

But an unexpected friendship is formed. A closeness neither of them expected. Putting one chastity belt and one lamp that is in desperate need of rubbing, to the test.

Will the sex storm that is Tom Carter, finally find himself tamed by the rock chick with a hardened heart, or will he go back to his womanizing ways…?

OMG!!!! I LOVE TOM CARTER!!!! And Lyla is one kick-ass chick! My ultimate book boyfriend is a musician, so when I heard Tom was getting his story after I fell hard and fast for his bandmate Jake Wethers… you can bet I was all over it!

Jake Wethers will forever be one of my ultimate book boyfriends… I claimed him from the first Mighty Storm book and he’s lived in my heart ever since. But Tom “tom cat” Carter ranks right up there on my list now! Holy hell, that man knows what to say and do…

If you haven’t read The Mighty Storm and Wethering the Storm, be forewarned, Taming the Storm will be a bit spoiler-ish for those two books. You can most definitely read this as a stand-alone, but to get the full impact, I’d highly recommend the others first.

Tom’s a notorious mut (man slut), and he’s not ashamed of that status. By far, he’s damn proud of it! A few things happen that lead him to commit to making a change. When that coincides with his fill-in status as tour manager to Lyla’s band, life is about to get complicated. I love the strong, yet vulnerable Lyla Summers. And the secondary characters flowed through the story seamlessly. From what I’ve read of the band, I can tell you know, I want more… Cale next please??

This is one of those books that just flows when reading. Everything else around me faded away and I found myself walking up early and staying up late to read just a little more. Samantha Towle writes with heart and perfectly captures emotions and dialogue. If anything, I just wanted more! I wasn’t ready for the story to end. 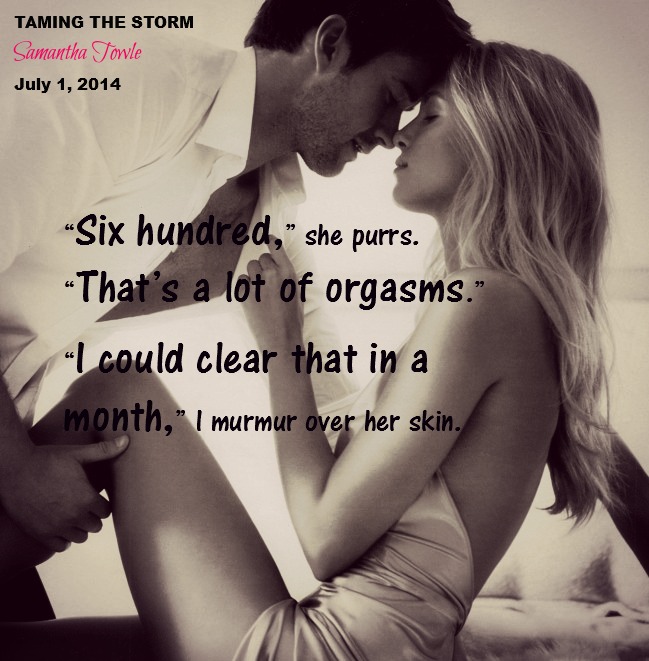 Interview with the Band

Backstage of the VINTAGE tour…

Dawn Robinson here from Up All Night Book Blog… Tonight I have the absolute pleasure of interviewing the band, Vintage! If you’re like me, you can’t wait to get more details from them, so let’s get started…

Thank you for taking time to visit with us at Up All Night… As musicians, I’m guessing you could tell us a thing or two about staying up all night?

For the whole band:

What’s it like being on the road? Was it everything you thought it would be or better?

Lyla: It was everything I thought it would be and much more with a few unexpected surprises along the way, which you’re all aware of!

Cale: The tour was amazing seeing all our fans and sharing the experience with my best friends, is something that will stay with me forever.

Which venue was your favorite along the tour and why?

Sonny: Vegas because the chicks were crazy!

Van: Yeah, I’m with Sonny on that. Vegas rocked.

Life on a tour bus can get pretty crazy, I bet! Have any good road stories you’re dying to share about each other? C’mon, give us a little something…

Van: I don’t think anything will ever top Lyla throwing beer all over Tom in that bar! That has to go down as one of my top moments, and the look on Sonny’s face when he realized he’d been stung – priceless.

I’ve heard stories about bands on the road…Tell us, which of the band members gets the most action?

Sonny: *looks affronted* Um, no fucking way. I see the most action.

Tom, what was your first thought when you realized you’d be managing Lyla’s band for the tour? Was it difficult holding to your commitment you made to yourself while at the hospital?

Tom: My first thought was ‘awesome, I’m gonna see hot Lyla with the awesome rack, again.’ Then total fucking devastation when I remembered that I couldn’t go near her awesome rack.

Lyla, when you first met Tom, what was your reaction?

Cale, tell me a little about your relationship with Lyla. And how would you describe your ideal girl?

Cale: Ly is my best friend, and she always will be. We have a great relationship. And as for my ideal girl… I’m not sure if there is such a thing.

Okay, to wrap it up, let’s do a fast five question round:

Tom and Lyla: Both

All the Guys: Tits

Lyla: Of course I have to go with ass!

THANK YOU to the band VINTAGE and their tour manager, Tom, for spending some fun times with us today after your concert! It kicked ass and we can’t wait to see you hitting the charts even more with new songs.

Trailer
*fan made trailer by Cris Hadarly at The Book Avenue* 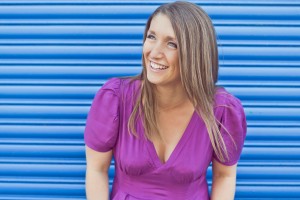 Samantha Towle is a New York Times, USA Today, and Wall Street Journal bestselling author. She began her first novel in 2008 while on maternity leave. She completed the manuscript five months later and hasn’t stopped writing since.
She is the author of contemporary romances, The Mighty Storm, Wethering the Storm, and Trouble. She has also written paranormal romances, The Bringer and The Alexandra Jones Series, all penned to tunes of The Killers, Kings of Leon, Adele, The Doors, Oasis, Fleetwood Mac, Lana Del Rey, and more of her favorite musicians.
A native of Hull and a graduate of Salford University, she lives with her husband, Craig, in East Yorkshire with their son and daughter.

**this is a group on Facebook where Samantha Towle will share exclusive details of upcoming books, teasers and treats before she posts them anywhere else! You can join Samantha Towle’s Storm Troopers here.