Blog Tour, Review and Giveaway ~~ And in time…by Jettie Woodruff 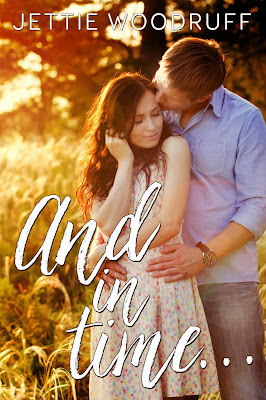 And in time…
Being single doesn’t mean you have to be lonely. Alexis McKinley was a firm believer in that. She of all people knew that one didn’t need a man. Being alone didn’t mean she was available, or that she was weak. It meant that she was strong enough to go it alone. Riding solo was better than a false relationship where she had to be defined by someone else. Not Alexis. She was too resilient and proud for that. Love doesn’t always show up looking like a fairy tale. Sometimes you don’t even have to be looking for it, sometimes it finds you. That’s exactly how it happened. Alexis wasn’t searching, she didn’t want it, and she failed…miserably. New in town, single, and Handsome Cory Baker caused her to neglect what had been imprinted for years, but how? Confined by carefully constructed walls kept her heart safe. Not only was she keeping the sadness out, but the joy as well.
And in time… 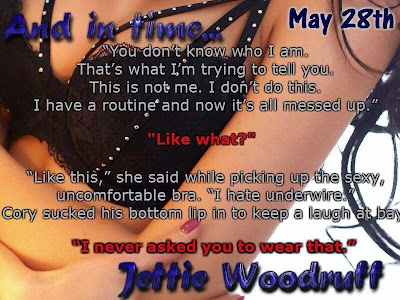 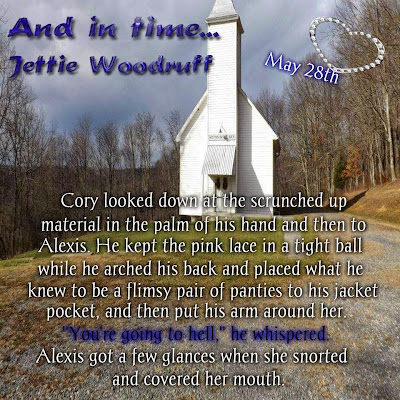 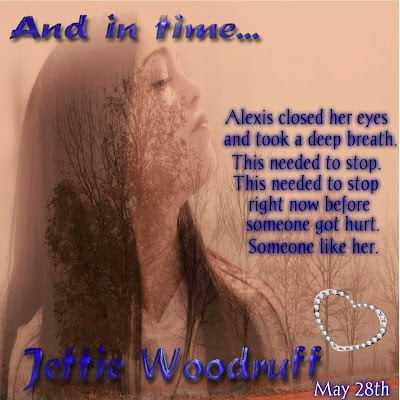 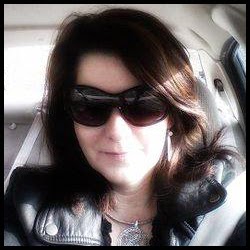 Jettie Woodruff is a lifelong writer, living in a pretend world since she was a little girl. Jettie spent hours filling pages of spiral notebooks with a number two pencil and a wild imagination. Her very first story was a sci-fi of all things.

Jettie writes more along the lines of deep now. She likes to keep her readers on edge, and deliver a story that will pull out every emotion possible. Writing on the edge of taboo and dark, Jettie hopes to distribute an adventure you’ll not soon forget.

Married for twenty five years, raising two boys and one girl has left lots of writing material. She has recently become a grandma to not one, but two of the most beautiful little girls on planet earth.

Jettie also hates doing this bio. That’s all you get. She loves to read and write. What else is there? <3

Tags: And in time...Jettie Woodruff