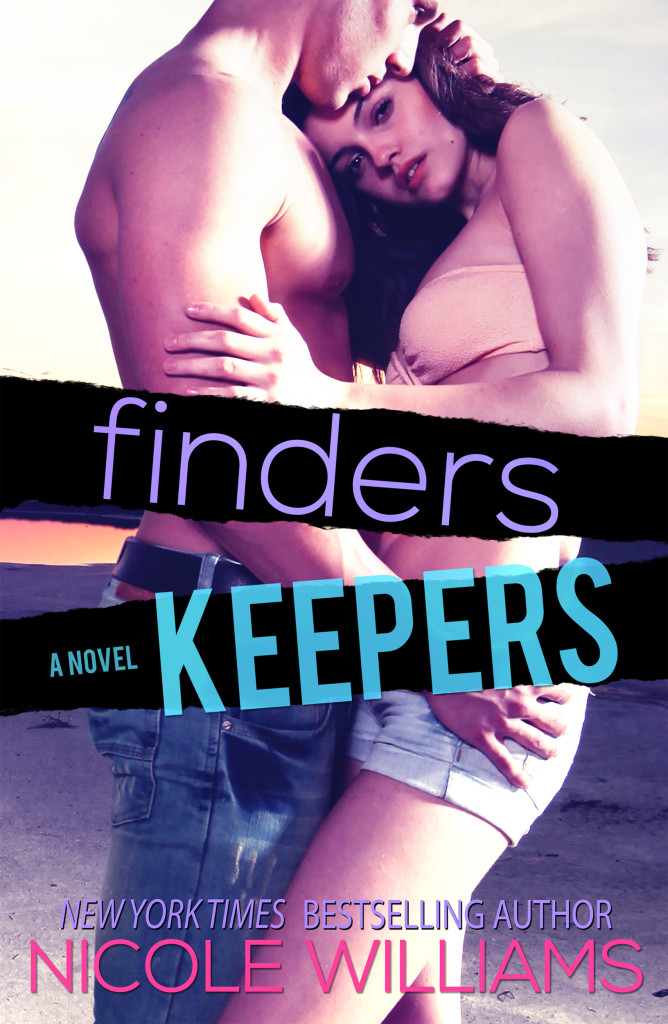 His life has been a constant carousel of tragedy and disappointment, including his love life. Of course, applying the term “love” to Garth’s conquests is a gross misuse of the word. Some people were made to give and accept love, and others weren’t. Garth Black redefines the “others” category. He’s made a vow that the day he meets a woman who could sucker him into falling in love will be the day he runs away.

I absolutely loved reading Finders Keepers by Nicole Williams! Since the start of the series, Garth Black has held a piece of my heart and fascinated me with his bad-boy, sexy ways. In the first two books, Lost & Found and Near & Far, Garth was a secondary character but still very vital to the stories. Now, he gets his own book and what a ride it is!

Garth’s story is one of vulnerability, pain, hope, acceptance, love, change, and belief.It is told from Garth’s POV and Nicole Williams did a fantastic job of capturing his voice. In Finders Keepers, we learn even more about what makes Garth who he is today and why he puts on his swagger (besides the fact that he just is damn sexy!). His confidence is laced with vulnerability and throughout, I felt all of the conflicting emotions that he experienced. I did want to smack him once or twice and say ‘look what’s in front of you!!’.

“You’re not swimming in glory until you find someone to swim with you. Glory isn’t glory if you don’t have someone to share it with. It’s just pride and bullshit on your own.” -Will

And Josie – I loved her steadfastness, her strength, and her belief in Garth. It was fun seeing more of her in Finders Keepers and learning more of her back story as well. She stands up for what she believes in and will fight for it. I loved that part of her. But is her strength enough for her and Garth?

Oh, and if you’ve read the first two books, you know that Jesse and Garth have this fantastic banter between them. I was not disappointed by the continuation of it in this book. There were several moments of snickering on my part related to those two!

In the end, Nicole Williams again delivers a story that captivates and makes you feel. It’s about the choices we make, the paths we take, and finding the one who is willing to take that leap into the unknown and ride the bull of life with us.

I have read a lot of books with different male characters that have helped me realize the kind of book boyfriend I am attracted to…there’s the in your face badass, the looks like a badass with lots of tattoos but has a big heart, the rock star…the list goes on. But there was always one type that I had never had the chance to really meet and get to know…the cowboy. Oh I had an image in my head, but it was very Dixie Chicks! You know the song, “Cowboy Take Me Away!” My image of a cowboy was based completely on that song. Then I read Nicole Williams’ Finders Keepers (Lost and Found #3)!! Hot damn, I met a real cowboy and he was a bull rider!!! Had no idea I could get into that!

Finders Keepers is the third book in the Lost and Found series. It is Garth Black’s story from darkness to light. The darkness is a past that won’t quit and the light is the girl he grew up with, Josie. Garth’s story is a good one. He is a tortured soul that has built walls around his heart and life. He has been hurt physically and emotionally so many times that he shuts himself off to deep relationships. He really believes that he is completely undeserving of these and the few that he has are merely charity. The only thing that Garth has ever really wanted is Josie and he tries to keep her at arm’s length at all costs. He doesn’t deserve her and never will.

Here is where I am going to tell you that I have not read the first 2 books in the series. Finders Keepers can stand alone, but I clearly missed some important backstory. There are other characters in this book that clearly impacted Garth’s story and how he got here. There were parts of the story where I knew that I was missing important information. All of that said, I really enjoyed this book! I’m giving it 4 stars. I am also going to read the first 2 books. I have too many hanging details about Garth to just walk away. And damned if I don’t want to read more about this hot, bull riding cowboy!! 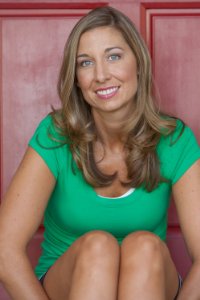 I’m the New York Times and USATODAY bestselling author of the CRASH series (HarperTeen, S&S UK), LOST & FOUND series, UP IN FLAMES (S&S UK), The EDEN TRILOGY, and a handful of others. I write stories about everyday kinds of people who find themselves in extraordinary kinds of situations. I tell love stories with happy endings because I believe in making the world a better place, and that’s one tiny way I can make it so. I’m one of those people who still believe in true love and soul mates, and would rather keep my head in the clouds any day over having my feet firmly on the ground. 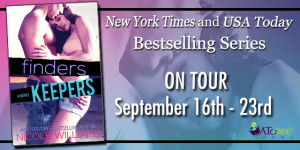