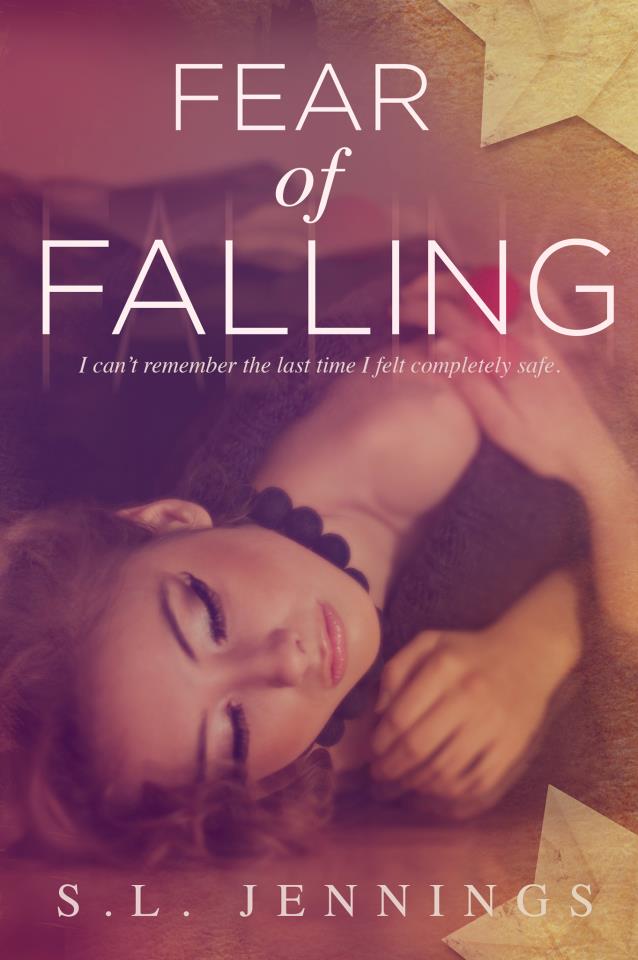 “Don’t worry,” he smiled, pulling me into the hard warmth of his chest. “I’ve got you. I’ll always catch you when you fall.”

And just like that, Blaine had staked his claim on the untouched part of me that no living soul had ever moved. He had captured every fear, every reservation, and crushed them in the palm of his inked hand.

I can’t remember the last time I felt completely safe. Security seemed more like a luxury to me, reserved for those who were fortunate enough to have picture perfect childhoods. For those who didn’t bear the ugly scars that keep me bound in constant, debilitating fear. I’ve run from that fear my entire life. But when I met him, for once, I couldn’t run anymore.

He scared the hell out of me in a way that excited every fiber of my being. It wasn’t the tattoos or the piercings. It wasn’t the warmth that seemed to radiate from his frame and blanket me whenever he was near. It was just…him. The scary beautiful man that threatened to alter 23 years of routine and rituals, and make me face my crippling fear.

My name is Kami and I am constantly afraid. And the thing that scares me the most is the very thing I want. 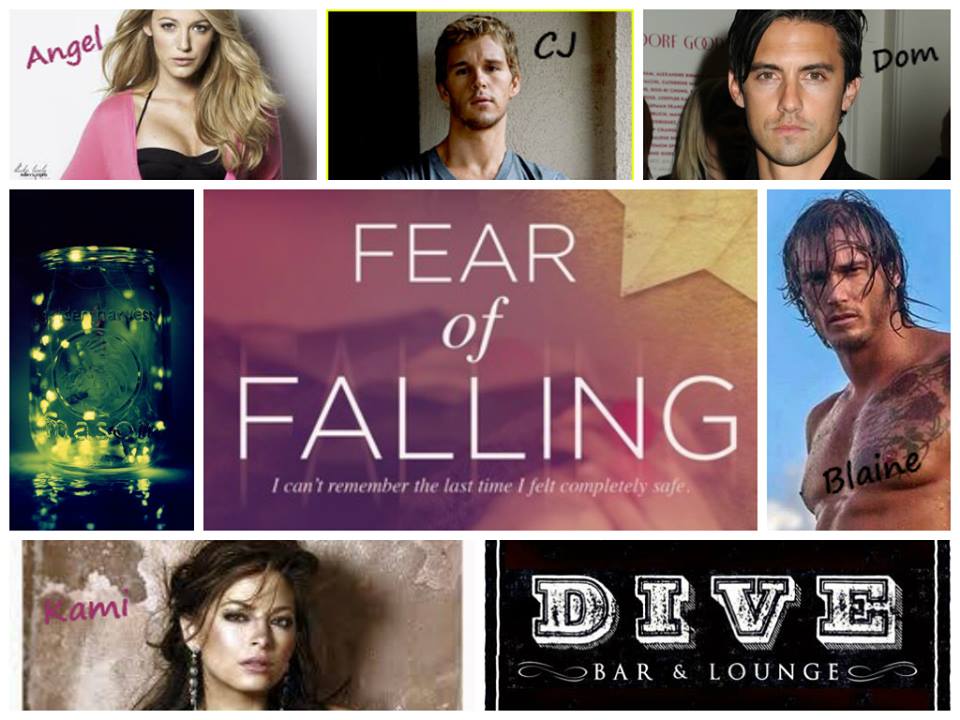 This is an easy five star read.  There was no question when I finished it.  It just was, a perfectly crafted, perfectly sexy, tortured novel, from the amazingly talented from S.L. Jennings. I couldn’t help feeling like there were so many lines that made this a perfectly crafted novel.  The heat in this is blazing and the pace is flawless.

“Life may not be pretty, but it’s always beautiful.  We may only see the ugliness on the surface.  The shit that only the world chooses to notice. But, if we dig deep, if we get to the heart of life, where there’s no pain or fear, where we can just be who we are and love freely without judgement, it’s really beautiful.”

Kami has such a tortured past. The demons that haunt her are real and leave her filled with fear.  This is a story of courage and strength.  This is also a story about love.

“Kami’s demons had some how become mine without me even knowing them.  And I swore on my life that I would fight every one of them. I would fight for her.”

I think when S.L. Jennings wrote this, somewhere in her mind she must have been thinking, how can I make one of the sexiest book boyfriends, because let me tell you Blaine is most definitely a very sexy man.  God the way she wrote about his touches had my toes curling.  And some of the lines he said, OMG, I am in book boyfriend heaven.

“Because, Kami, when you know, you know.  And you don’t fight it.  You don’t deny the inevitable.  You free fall because you know there’s someone there to catch you on the other side.”

Blaine has this chemistry from the start with Kami.  With barely a real kiss at first let me tell you how this oozed sexiness!

Kami has developed a family with her best friends, Dom and Angel.  Both are equally dynamic characters.  When you are finished reading this I think you could easily want to hear more of Dom or Angels story.

In the end this story is about letting go of fear and hanging on to love.  It is beautiful in every way. 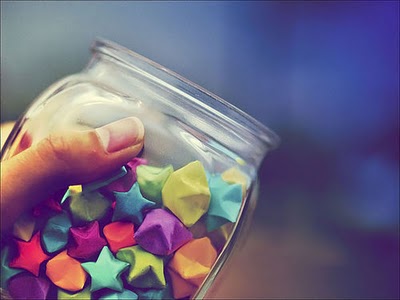 This book completely left me with a serious book hangover, and I’m still fighting it even a few days after reading Fear of Falling! It takes a special book to give me that heart-clenching feeling long after I’ve put it down and this one is one of those books!

Fear of Falling is beautifully written, emotional, and captivating. I was so caught up I couldn’t stop reading, even through the ugly, painful parts. It had my heart in its grip from the very beginning and still does. Admittedly, there are several parts that made me want to throw my reader across the room because I really wanted to kick some serious ass and cry for the characters; and then there were those moments where I thought I’d have to drop it because it was so freaking steamy it burned me!

Kami is a broken young woman who has figured out her method of surviving, whether or not it is considered healthy. She’s surrounded by her friends who also face their own deeply-held issues. Life’s not easy for Kami. Yet when she walks into a bar and meets Blaine (helloooo new book boyfriend!), her world is rocked on its axis. From the beginning, I could feel my own breath quicken as Kami’s did every time she and Blaine were close. The intensity between them is off the charts!

“‘Don’t worry,’ he smiled, pulling me into the hard warmth of his chest. ‘I’ve got you. I’ll always catch you when you fall.’ And just like that, Blaine had staked a claim on the untouched part of me that no living soul had ever moved. He had captured every fear, every reservation, and crushed them in the palm of his inked hand.”

Holy freaking HOT and SWEET!! I melted so many times. But is what they feel enough for them and can Kami let go of her fears? Can Blaine let go of his guilt? Is it possible that they can be enough for each other? Read and find out! I really felt so connected to them through the use of the dual POV, as it was so well-done. One of my favorite things is when I can get into the head of more than one character and it is done so well that it’s not jarring and I can feel the difference in tone and thought patterns.

SL Jennings has such an amazing way with words! I will admit I was an emotional mess for the last 15% and I’m still so connected to it and I know I’ll gladly read it over again! Overall, I can’t praise this one highly enough! The emotional impact this left on me will be felt on my heart for a very long time! Thank you, SL, for sharing this story!

UAN: Hey Blaine! Thanks for letting us stop by Dive to visit with you and ask a few questions for Up All Night Book Blog! How about a round of tequila shots with a beer chaser to get things started?

Blaine: Hell yeah, sounds good. (grabs beers and pours the shots) Though we better save the body shots. (winks)

UAN:So this is where you first met Kami, right? What were your first thoughts when she walked through the door?

Blaine:Yeah, and honestly, I was mesmerized by her. Hell, I was damn near knocked on my ass from her beauty alone. Then she spoke, and the sound of her voice… it was almost like it awakened something inside me. Something that I never even knew existed up until that very moment. Crazy, right?

UAN:We hear she creates some intricate origami pieces. Do you have a favorite of those she’s given to you?

Blaine: They’re all pretty special to me, but my favorites are the first ones she ever gave me. The crane is from the first night we ever spent together. Shitty situation, amazing outcome. The flower is from our first date. Then there’s the frog…from the night she revealed what had happened to her and we…you know. (chuckles, running a hand through his mussed hair)

The heart is significant, but in a different way. It reminds me everyday of what I could have lost. And what I’ll die protecting.

UAN: Tell us a little more about you and CJ’s crazy times after you moved here. We’re dying to know about the craziest thing the two of you did!! Don’t hold back! *wink*

Blaine: Oh, shit, um…I can’t tell you the craziest – that shit is going with me to the grave. But let me see what I can tell you without getting in too much trouble…

Ok, we used to be really competitive with everything. Girls, sports, you name it. CJ was a bit of a prankster. In high school, he thought it would be funny to shave off one of my eyebrows when I was asleep. Fucking hilarious, right? But I got him back… while he was comatose after a night of partying, I shaved the back of his head. Then I wrote with permanent ink, in huge, black letters, “I LOVE COCK.” I even drew a nice little picture of the object of his desire.

Of course, he had no clue until he got to school. He was suspended and we were both grounded, but shit, it was worth it.

UAN: Music is a significant part of your relationship with Kami. Were you surprised when she got on stage and sang for the first time?

Blaine: Was I! Shit, she blew me away. Her voice, those words and all the love she had in those green eyes as she sang to me… See, people may think I’m stupid as hell for sticking around like I did, but I knew what I was waiting for. I knew Kami loved me then. I could see it. She had it…the look of love.

UAN:Out of all your moments with Kami, what’s one of your favorites? And what would you rather forget? (it’s okay if it’s too hard to talk about)

Blaine: Favorite? God… other than making love to her, I’d have to say when she is on stage, performing. She’s amazing. It literally brings tears to my eyes every time. Yeah, CJ will give me shit for that, but I don’t care. Kami can move mountains with her voice.

UAN:We are two girls that love tattoos and we can see those lovely ones running up your arms! What’s the most recent one you’ve had done? Was there a particular reason you got that one?

Blaine: (lifts shirt) This is a piece I had done for Kami. It reflects her strength, her courage. And my unconditional love for that frustrating woman. No matter what, I’m hers and she’s mine. (smiles) I finally caught that stubborn ass roadrunner.

UAN: Okay, let’s finish with a speed round. What’s the first word or phrase you think of when we say the following:

Hey, Blaine, we probably need to scoot now! Thanks for letting us hang around and chat with you. We wish we could have met her too today, please tell her we missed her! Maybe next time?

Thanks, ladies, no problem. I’ll be sure to tell her. You both are welcome back anytime. Maybe we can even get you on stage for the next open mic night? 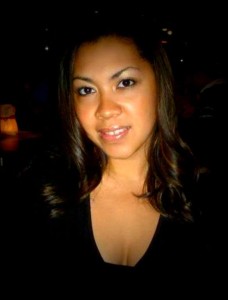