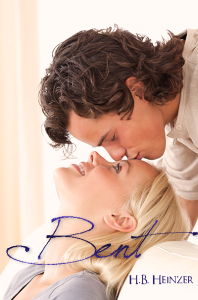 If there’s one thing Julia Wilson has learned in life, it’s that you can’t push your own dreams to the background for anyone. Newly divorced, Julia returns to the hometown she once swore would never see her again. Her plan is simple; enjoy the cheap rent her friend is offering and stay just long enough to develop a plan to make her own dreams come true.

It doesn’t take long before Julia realizes she’s made a big mistake.

Micah Anderson came closer to breaking Julia than anyone else ever had. After promising her forever, he broke her heart the week before she left for college. Now, Julia’s back in town and he’s going to have to tell her the truth about why he left her. It’s not possible to hide a twelve year old child when you live in a town of 5,000 people.

Is following your dreams worth it if it means giving up on a second chance with her first love? Is trying to make a relationship work worth it if his past becomes a threat to her safety?

Finally, Annie broke the silence, “Look, no one’s asking you to be a mom. Not right now. And I think you’re wrong about Caleb. He needs someone like you in his life. He’ll see that if you don’t give up on him.”

“Where the hell is Pepe with our food?” Carly whined.

“Um, I’m pretty sure his name’s not Pepe,” Julia laughed. “Pepe may be here somewhere, but I doubt he has blond hair and green eyes like our waiter.”

“Nuh-uh,” Carly said wagging a finger at Julia, “They’re all Pepe. It’s, like, a rule to work here or something.”

Conversation ceased as not-Pepe arrived with platters of fajita toppings. Once the women filled their plates, Annie continued, “Look, I probably shouldn’t be saying this, but they need you. And you need them–“

Julia stopped her friend, “No, what I need is to have some space to figure out what I need. That was the whole point of me coming up here. I can’t throw that all away for anyone. I spent a decade following my husband all over the damned country for his dreams. I spent the past four years playing the part of the perfect housewife, the whole time knowing we were nothing more than roommates. I’m not going to make any decisions based on what someone else needs.”

Where to Buy: Amazon

With the exception of three years in Nebraska, H.B. is a Wisconsin girl through and through. She lives with her husband, two kids and roommate (also known as the “bonus parent”) in the middle of nowhere but close enough to civilization to maintain a shred of sanity.

She credits her father introducing her to an APAzine in the mid-90s for her love of writing. Bent, her debut novel, was a NaNoWriMo challenge to write 50,000 words in one month. After years of attempting and failing, she finally got through it and this is the result!