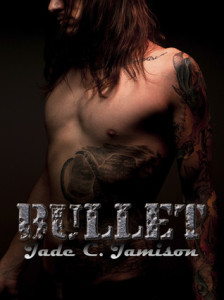 What if you discover the man you want is toxic?

She tasted a little bit of heaven with him, and now they’ve gone through hell and back, but can their relationship take anymore?

Valerie Quinn is a naïve college freshman when she meets on-the-rise rock star Ethan Richards. He’s an idealistic, handsome, reckless young man, but he’s captured her heart. She doesn’t give up on him and eventually his walls crumble down. By the time Valerie has given herself to him completely, she discovers he’s damaged and may be beyond help. Can she save Ethan and their relationship before he implodes, or will he self-destruct and take her with him?

We felt a strong parallel between the Ethan’s addictive behaviors and his dad’s actions. We asked Jade C. Jamison what inspired her to write about addiction and its impact on families? What does she hope readers will take away? Here’s what she shared:

It all begins, I guess, with my love of metal music.  We’ve all heard the saying, “Sex, drugs, and rock and roll.”  Certainly not every rock musician indulges, but there are those who do.  Some of my favorite bands have had their own struggles with drugs and addictions.  So drugs just kind of come with the territory (and thus this book is not the first time I’ve written about metal bands and addiction).  Writing about that subject also stems from my need for realism.

This particular story was actually inspired by my teenage fantasies re-imagined now as an adult.  I pictured myself in a band—out of five people, it’s not unrealistic that one of them would fall victim to the siren song of drugs.  More than that, though, how many girls fall for the wrong guy?  One of my fans recently said, “You can’t help who you fall in love with,” and I think that’s true.  Add to it that Valerie is young, naïve, and sheltered, and she’s no match for the emotional pull she feels for Ethan.  In fact, it’s the dark part of Ethan she’s drawn to, because it’s something she’s never known, so she’s intrigued by it and sucked in by the undercurrent.

There’s more to Ethan than just the drugs, though.  He’s dealing with some underlying mental issues, and the drinking, drugs, and women really are just ways he’s self-medicating.  Yes, part of it has to do with his dad (and even his mother).  As Ethan becomes an adult, he finds he can’t cope with life, and drugs help him deal, but he didn’t count on becoming addicted.  He doesn’t complain, though, because they really do help him escape the demons in his head.

What I hope readers take away…the notion that you can’t save someone else.  He (or she) has to make that choice himself.  Sometimes you have to walk away, no matter what your heart wants.  Valerie had to grow up herself to realize that Ethan’s destructive behavior didn’t end with himself—it spiraled outward and hurt everyone who loved him.  But she had to mature and decide she didn’t want or deserve to be treated that way, and she had to realize that no matter what kind of support and love she gave Ethan, she wasn’t helping him.  He could only help himself.  Love can’t always save someone.

Wow, so this story is a heavy one.  Valerie meets Ethan when she is a freshman in college.  She is attracted to him, and soon finds out that they both love Metal music.  Metal is not my thing so I have to admit it was a little hard for me to picture a man with leather pants, eyeliner and a mesh shirt hot.

I don’t like to give away a lot of spoilers when I review so writing this is a little hard because it has me feeling so many things.  This is a story about one woman’s growth.  This is also a story about drug addiction and abuse.

Valerie starts off as a freshman in college when she meets Ethan.  She eventually drops out to pursue a career with their metal band Fully Automatic.  Like a moth to a flame, Val always forgives Ethan and seems to end up with him.  She loves him.  I couldn’t help but want to figure out why.  Why does she let him cheat on her?  Why does she keep quiet about his abuse?  Why does she not love herself enough to decide that this was not okay for her?

This story is about abuse and a dysfunctional love story, but this is also about Valerie’s growth.  Its about her figuring out that Ethan isn’t okay and that she deserves better.  It’s about her letting herself love another man.  There were times when I cried because I understood how she could love someone who hurts her.  There were times I cried for Ethan because he was so sick, right from the start.  I was angry his friends didn’t want to say anything but wanted to be there for him when he fell.  I get that they did not want to push him away, but I do think that at some point much earlier on they should have said enough or you are out of the band and out of our lives.  I do also understand all to well what it is like to love someone who is an addict and I see that Val’s co-dependency to her husband was allowing her to turn a blind eye.  I was just over all shaking my head at Ethan.  The similarities between him and his father, whom was the reason he was an abuser, was not lost on me.

Overall I was glad that although it took Val a long time to get to where she ended up, she finally did.  She needed to get there, I guess it just breaks your heart a little watching her journey there.  If I could have reached into the pages and given her more strength, gotten her into therapy or done something to help her, I would have.

Val starts off as a virgin, as her character grows so does her inner sexual goddess.  At first I though that this was going to be a little to tame for me but it was interesting to see that as she grew so did the story in its sexual nature .  There was a lot of steam and some things were very realistic.  This to me has one of the most realistic de-virgin scenes of any book I have ever read.  It was refreshing the honesty in which that scene was written.  I would say this is an 18+ book .

This is a long story and I thought that it could have been divided into two books.  With that being said we do get a complete story from it and feel like its completely finished when its over.

Epic story! Bullet took me from high to low and everywhere in between as Valerie discovers who she is while exploring her love for the men in her life amidst the metal music scene. This is a longer read but I think that is critical to the telling of Val’s story as it spans several years of her life starting with her freshman year in college. She’s a good girl, virginal, and a bit prudish in the beginning. Yet she has this metal head side to her that you see and it gives a peek into even more of who she is as she learns to let it loose. I loved watching her grow and embrace her strengths.

As Valerie’s life unfolds, we meet three critical men in her life – Ethan, Brad, and Clay/Jet. Ethan – a total shit and I personally couldn’t find anything to love about him. He was toxic and kept reeling Valerie in to his pain using her love and feeling of responsibility for him, only to turn back to what made him able to cope. Brad – hot rocker with a mysterious, deep pull on Val. He’s committed, passionate, and true. Even with the life they lead as a band, he has his life together and knows what he wants. Swoon-worthy? Definitely! Clay/Jet – one who helped Val discover even more of her sexuality and that non-toxic relationships are possible. Who does she choose in the end? Let’s just say, I was so frustrated several times and really, really had hope in my heart that Valerie would find her way to a healthy, loving relationship.

As well as the romantic side of this story, it was definitely a love story of metal music and writing about life through lyrics. The end wrapped up faster than I expected but I’m not sure if my heart could take any more! It was a beautiful, satisfying ending that still left me wanting more! 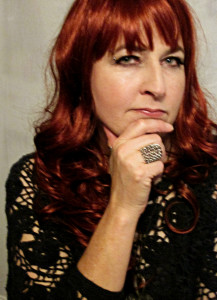 Jade C. Jamison was born and raised in Colorado, moved from one city/town to the next, and she’s decided she likes it so much she wants to stay…although travel is not out of the question.  She lives in a big town in Colorado (not unlike Winchester!) with her husband and four children.  She is working on becoming a crazy cat lady.  Okay, so maybe not.

Still want more?  Jade has a bachelor’s degree in English Literature and Theater, a master’s degree in English, and a master of fine arts in Creative Writing.  Obviously, she loves school and the student loan folks love her.  She works in human services by day, teaches English and creative writing at night, and—in between playing soccer mom and community leader—writes like a fiend.  Someday soon, she’ll narrow it down to just writing, but let’s get all those kids off to college first.