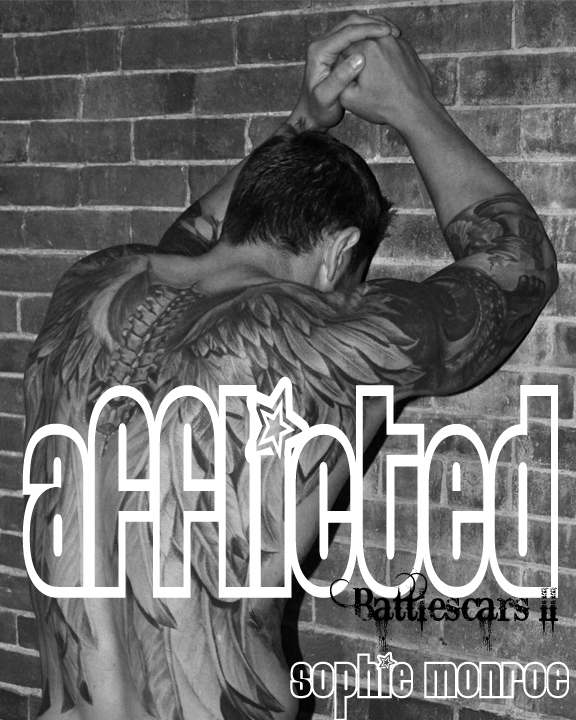 Fresh off tour Blake Potter, the sexy bassist for Battlescars, is in Smithville, Ohio to work on their next album ‘Coming Clean’. Still pining after Aubrey’s best friend, Piper, it’s going to be harder than he expected to see her back with her long-term boyfriend, Cole. He’s trying his hardest to forget her, but no matter how hard he tries to stay away circumstances keep bringing them together. Being burned before, he refuses to let it happen again. He’s still struggling to let go of Rowan, the girl that made him the way he is.

Piper is fighting an uphill battle of her own. She’s working her ass off trying to make a name for herself as a tattoo artist. Her long-term boyfriend, Cole, was recently discharged from the Marines turning her world in a way that she never expected. When he begins leaving for days at a time Piper starts struggling to help him pick up the pieces. She calls the one person that might be able to help, Blake. He becomes the friend that she needs no matter how much it’s killing him.

What will happen when one phone call changes everything for both of them leading them in a path that neither anticipated? Pasts will come out of the shadows and threaten to ruin everything. 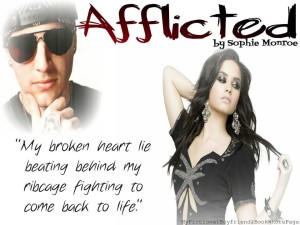 UAN: Hi Sophie! We are so excited and honored to have you here at Up All Night Book Blog!! How ya been, girl?

I’m doing great! Super busy working away on Conflicted and such…

We have a few book-related questions to throw your way…you ready?

Hell yes! I was born ready.

Okay, so you’re working on the Battlescars series. What was your inspiration with writing Battlescars and Afflicted (and coming soon…Conflicted)?

It was a multitude of things. Music and I go hand in hand, always have, always will. There’s seldom a time that I don’t have something playing, so it seemed like a natural choice to write the series. Growing up I had lots of friends in bands and they were always portrayed as the bad kids, the kids your parents didn’t want you hanging out with, the odd kids out, when in actuality they were the best kids! I wanted to portray that even though you have a certain status or stigma it doesn’t mean there’s truth behind it.

That’s a really good point! And you have definitely portrayed the guys from Battlescars in a different light than what you might think of members of a rock band.

Did you ever want to be in a band or were you a groupie (confession time!)?

Please if I could sing I would totally have a band, but I sound awful so there goes my dream of being the next Lzzy Hale (insert sad face.) I wasn’t a groupie but I did have a multitude of bands that I followed closely throughout the years and would go see them whenever I got the chance.

Do you have an all-time favorite concert that you’ve been to see?

I love concerts, the atmosphere of them in intoxicating! My favorite would probably be my first, which was The Allman Brothers (don’t hate) with my dad. When I told him they were who I wanted to see he told me that he’d take me down to the old folks home and hand them some instruments, lol.

Who is your fantasy cast for the Battlescars series?

Tough question… Blake is 1,000% Matt Shadows from Avenged Sevenfold. I think Sal Coz Costa formally of My Darkest Days would be a great Jake. For Derek, I see him as Nate Young from Aneberlin. Kevin I see as Tyler Connolly from Theory of a Deadman. 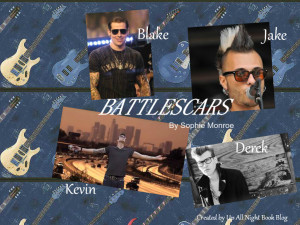 And do you have any favorites?

They’re all my favorites, but hands down Granny is my all time fav since she’s a mix of my gram and what I’ll be at 80.

We love her too! Nothing quite like a no-holds-barred granny!

We love the cover for Afflicted.  Who is your inspiration?

The cover was pure coincidence actually. There’s a scene in Afflicted where Blake is beating the hell out of a brick wall and that photo depicted it perfectly, plus the tattoos are stunning. I’ve been so lucky to get work with Chris from CJC Photography and my cover model, Joe. They’re both amazing and wonderful!

That was definitely a heartbreaking scene! Do you find yourself acting out any of the emotions that you write about? For example, crying when a particular part is heart-wrenching?

Not really, but occasionally I’ll get a little choked up after the fact. I try to feel what they’re feeling though so I can make sure that I portray it the best I can.

Regarding Afflicted, Cole is dealing with a very serious mental health concern. Was there something specific that led you to include that as part of his character?

PTSD is a serious thing and I think it’s often brushed under the rug. It’s a shame really since the whole reason a lot of cases exist is because men and women were fighting for our freedom. You’ll get to see some more Cole in Conflicted too 😉 Since June is PTSD awareness month part of June’s proceeds will go to The Wounded Warrior project.

Is there anything that you decided to change last minute in Afflicted?

Not really, the story itself came together rather nicely. I tweaked some things as I went along, but for the most part it was the way it is.

Okay, on to your writing process:

If you weren’t an author, what would you be doing right now with your time? Fashion advisor?

Well since you know me Dawn, you know I do that in my spare time whether people want me to or now, haha! (And you are so good at it!) I don’t know what I’d be doing, definitely something creative though!

Top 10 things you must have in your writing cave?

Get ready to laugh…

1-      writing raisins (I have a giant bucket of “writing raisins” which is basically chocolate covered raisins from Costco and they’re so good.)

That’s it for my vital writer supplies.

***Note to self…hit up Costco for raisins and Diet Coke before next interview with Sophie….

What are five things not many people know about you?

I’m a huge believer in what goes around comes around and that life’s to short.

I respond to all of my fans, even when things get hectic.

I’m working on a secret project…

Ummm, what…a secret project??? Don’t leave me hanging! I promise, I won’t tell anyone! (I can’t guarantee they won’t READ about it somewhere…but that’s not me telling them 😉 )

It’s something that I’ve been jotting things down here and there a lot and it’s blossomed into something quite comical.

What is one thing that has surprised you most about the writing community?

The amount of support is amazing, bloggers really help spread the word and it makes it so much easier for us to get the book out there. It’s like a little family <3

That’s what we are here for! And we couldn’t agree more about it being like a little family!

And we just have to ask…how much personal research goes into your writing? (I’m thinking Piper and Blake at the ice cream parlor 😉 Whew! )

For an aspiring author, what is one thing you would say to them as they start out?

Do your research! Ask for help, we don’t bite.

What’s up next for you?

I’m working away on Conflicted, which will be the third book in the Battlescars series. I also have a secret project that I’ve been working on…

Again with the secret! Are you sure you can’t share just a tiny bit?

As the Go-Go’s would say, “My lips are sealed!” (you know you just sang that in your head :-P)  I’m thinking we needed more Diet Coke to bargain with…

Thanks so much for taking time to visit with us! We can’t wait to share our interview with all the Up All Nighters!

Going into Afflicted, I was very excited to learn more about Piper and Blake and their story. I loved Piper in the first book, Battlescars! I remembered her as being a very sexy, feisty, funny girl. And I couldn’t wait to see how her relationship with Blake developed. What I didn’t expect was to find her a little lost and unsure of herself. And to have Cole, her long-time boyfriend, being a part of the picture. Screech!!! Put the brakes on…crap, now we have to figure out how Piper and Blake maybe work this out? But what about Cole??

And that is the push and pull I felt in Afflicted. Piper is completely indecisive about her relationship with Cole. AND Blake, in my opinion. I fully understand though the struggle she faces as she deals with some extremely serious issues surrounding Cole’s return from duty as a Marine. Certainly not easy! Then there is the pull she feels with Blake. How to reconcile all that? I did want to slap her once or twice to say – CHOOSE ALREADY!!! But although I don’t have firsthand experience with PTSD or someone close to me with it, I can only imagine how much it impacts family and friends, like it did for Piper.

This is the second book in the series and I recall reading somewhere that you don’t need to read Battlescars (book 1) beforehand. However, I’d definitely recommend it. Having read it over 3 months ago, I felt a bit disconnected initially. I wish I had re-read it before Afflicted, as there were references to places, situations, and people from book 1 that I struggled to fit back into some of the scenes. At times, I felt a little lost on timing and who was talking.

Overall, the book ended on an emotional note that made me sigh. And damn, I fell just a little bit in love with Blake, that damn sexy rocker who knows how to treat a girl right! He’s layered and passionate and so caught up in Piper! That’s one lucky girl! I’ll be watching for Conflicted to see what comes next for the Battlescars rock stars!

Sophie Monroe is an author from New Jersey. She’s obsessed with music and loves a good story. She released the Amazon Best Seller Battlescars in March. Afflicted is a spin-off of Battlescars with different characters but has appearances of the reader’s favorites Jake, Aubrey and Granny Jean, along with the rest of the gang.