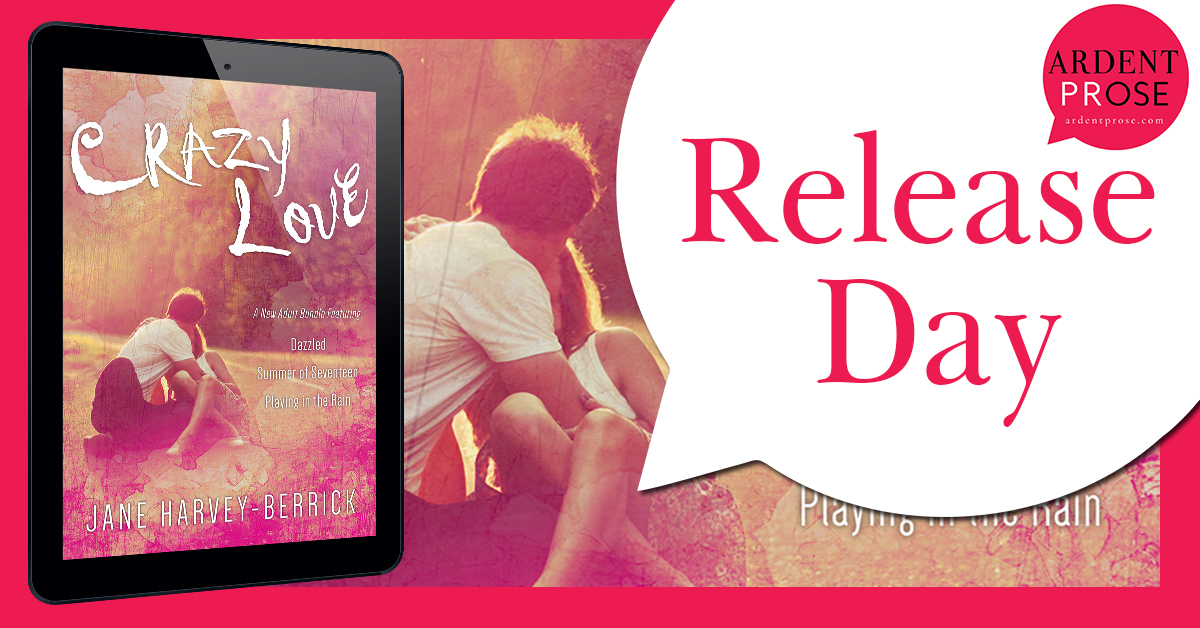 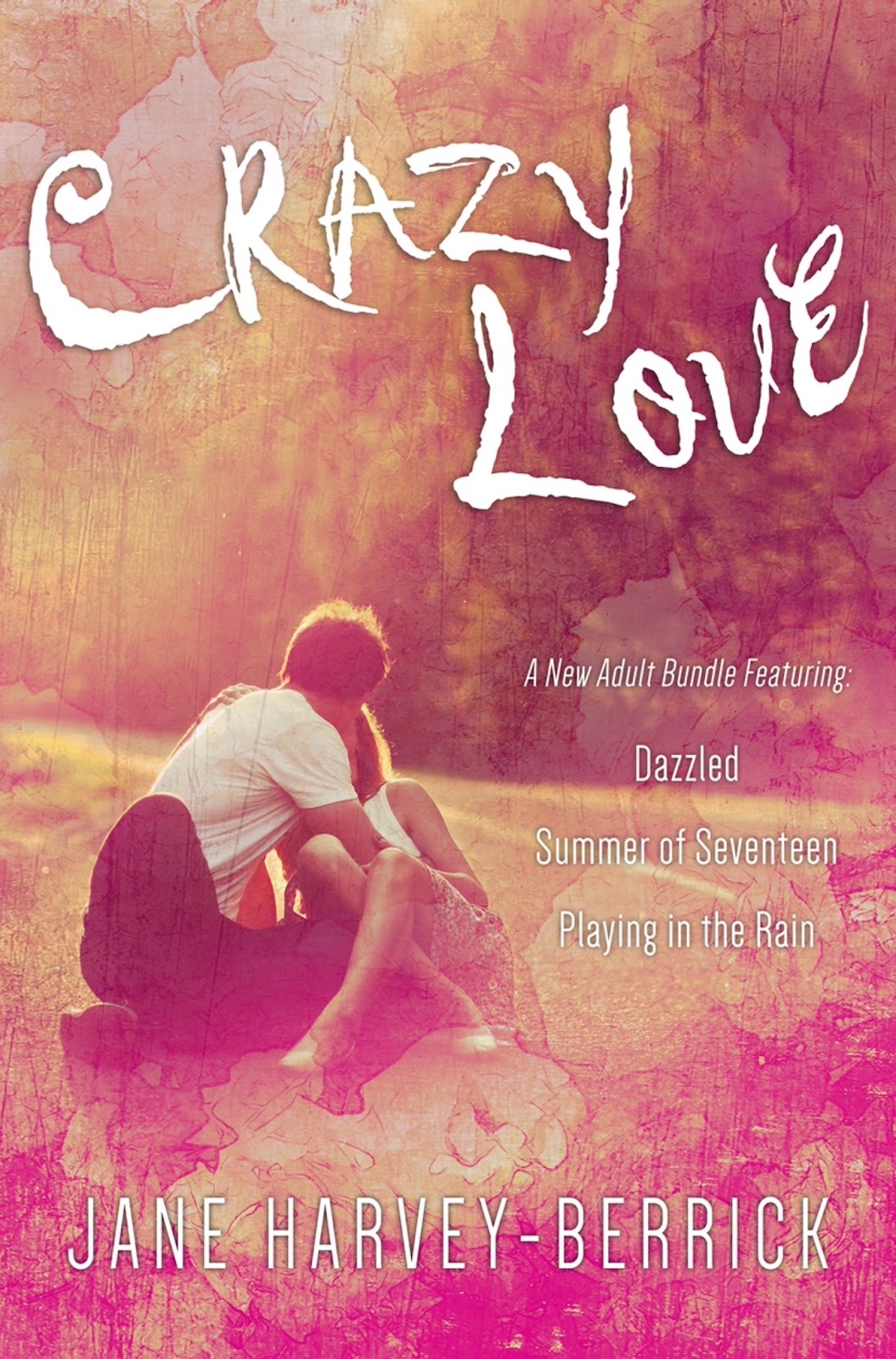 Three stories of love and longing for New Adult readers. Dazzled
Miles Stephens is a young actor from London. Out of work, unemployable, and fired from his last job, he unexpectedly gets the chance to star in a big-time Hollywood movie.The film is a great success, propelling him to worldwide fame – but when the dream doesn’t match the reality, he turns to Clare, lifelong friend and girl next door.Clare knows two important facts: when you break chocolate, the calories fall out; and that she’s totally in love with clueless Miles.
Playing in the Rain – A Novella
Ava Lawton can’t believe her run of bad luck. It’s supposed to be an exciting time in her life: fresh out of college, living in a new state, with a new job, and away from her family at last.But when she’s forced to quit her job, everything falls apart quickly. Suddenly, she’s alone in a crowd, with no one to turn to.At her lowest point, a stranger gives her a message that brings her hope.Now is the time to live life her own way.Now is the time to choose to be happy.And maybe it’s time to let a beautiful stranger be part of her life.Can summer love last a lifetime? Listed in Huffington Post’s Best Ugly Cry reads http://www.huffingtonpost.com/mara-white/oh-you-little-heartbreake_b_8812004.html
Summer of Seventeen
It was supposed to be the endless summer of sand, sea, and surf. Supposed to be. But, Nick’s life is crashing out of control. His girlfriend and his best friend have declared war, his sister’s constant interference in his life is driving him insane, and there are money problems that won’t go away. Being seventeen isn’t supposed to be this hard. When cool surfer Marcus arrives in town with a string of women following, Nick sees that there are easier ways to live. But with his life falling to pieces around him, it’s hard to know who to trust. As the scorching heat of summer grows, events begin to unravel, reaching a shattering conclusion—and a summer he’ll never forget. 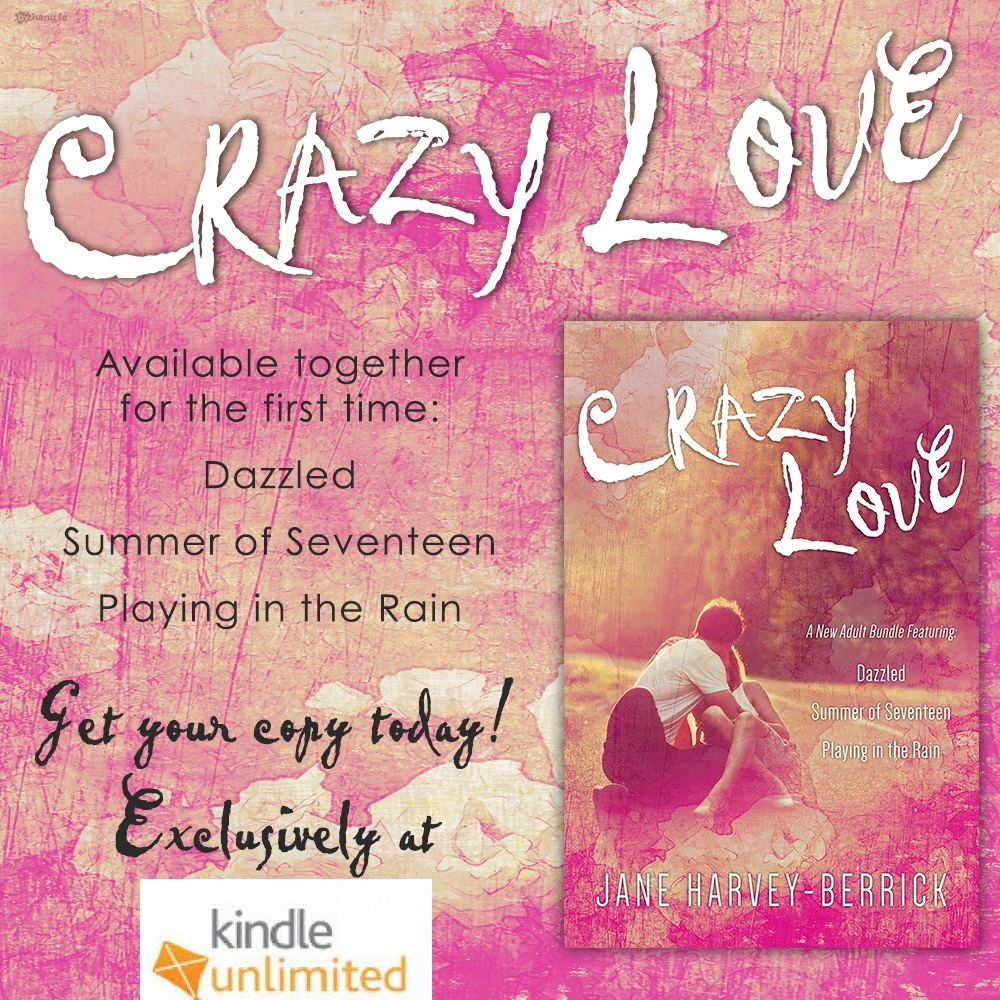 Three books in one bundle…and three books by Jane Harvey Berrick…what more could a reader ask for!

I LOVED Dazzle, Miles is a really good guy, a bit naive to Clare’s feeling but always wanting to be a good guy to everyone. Without even knowing that his behavior towards Clare often hurts her.  they are best friends, have been for life.  Clare is harboring some serious feelings for Miles but he’s clueless.  Her friendship with Miles is more important than her feeling for Miles.

There is some serious angst in this book. Angst that will make you want to scream and holler at your Kindle and yeah – Miles too.

I have always loved Jane Harvey Berricks writing and descriptive way of sharing her stories.  These books are what you always expect from Jane and more!

Huffington Post Best Ugly Cry Book
PLAYING IN THE RAIN
A blur of movement caught my eye as the rain on my windshield gave the illusion that I was underwater. He was running, which I suppose is what people do when they’re caught in the rain. A huge furry dog was running next to him, matching his long, even strides, both of them drenched and dripping, their feet splashing through puddles, raindrops running off their faces.His white t-shirt had become transparent and clung to his muscled chest, and I could see the rapid rise and fall of every breath. He raised his hand, the tendons flexing in his forearm as he pushed his dripping black hair out of his eyes.And then he’d passed me, leaving a glimpse of his tight butt in a pair of running shorts, and long muscled legs striding out. All of those things caught my attention, but what totally captured and held it so I couldn’t look away was the huge smile of pleasure on his face.He was soaked to the skin and smiling so wide I could see his even white teeth, grinning like a loon, like he was enjoying the rain.“What an idiot,” I muttered to myself, locking my doors just in case lunacy was contagious.The runner slowed down, turning into the entrance of the park opposite where I was trapped in my car. He bent down to lever a tennis ball from the dog’s mouth, and his t-shirt rose up his back, showing his trim waist and lean hips. He threw the ball like he was pitching a baseball, and the mutt barked and leapt after it, his thick tail windmilling crazily.The dog bounded back, barking around the ball wedged in its mouth, leaping up and leaving muddy footprints over the man’s t-shirt. He threw his head back and laughed, wrestling the saliva-coated ball from the dog, and threw it again.He didn’t even try to shelter from the rain. He was playing with the dog—playing in pouring the rain.And then his head snapped up and I swear he looked right at me, as if he’d felt the weight of my amazement. I sunk lower in my seat, refusing to meet his gaze, staring stonily ahead, but not before I noticed that the crazy guy was freakin’ beautiful. Not just plain old handsome—but beautiful. High cheekbones, lips that were full and pink from exercise, and stunning pale blue eyes, framed by long dark lashes. Model perfect white teeth, and a body built for…Oh God, I was overheating, because if ever I’d seen a body built for sin, that man had it. Although now I’d seen his face full on, he was younger than I’d originally thought; my age perhaps.The traffic began to move forward, tearing my thoughts from the beautiful man who was standing in the rain, still watching me.I let the Prius crawl a few feet up the road. Red tail lights flared in front of me then vanished again, and I was about to pull away for a second time when someone banged on the passenger window, making me squeal in fright.It was him, and he was smiling at me, gesturing for me to put down the window.I stared back, my mouth hanging open in shock, then I jumped again when the car behind me honked loudly.“Patience is a virtue, asshole!” I yelled to the rear view mirror, then flushed bright red when I saw my gorgeous stalker grinning.He gestured again for me to roll down the window. I pressed the button to open it a crack, and he slid a piece of paper toward me, winked, then continued with his run, the ugly fur ball loping beside him.I read the smeared writing, the ink bleeding into the wet paper. I’d expected a name and a phone number, or maybe the name of a bar and a time, but all the paper said was, You’re beautiful. 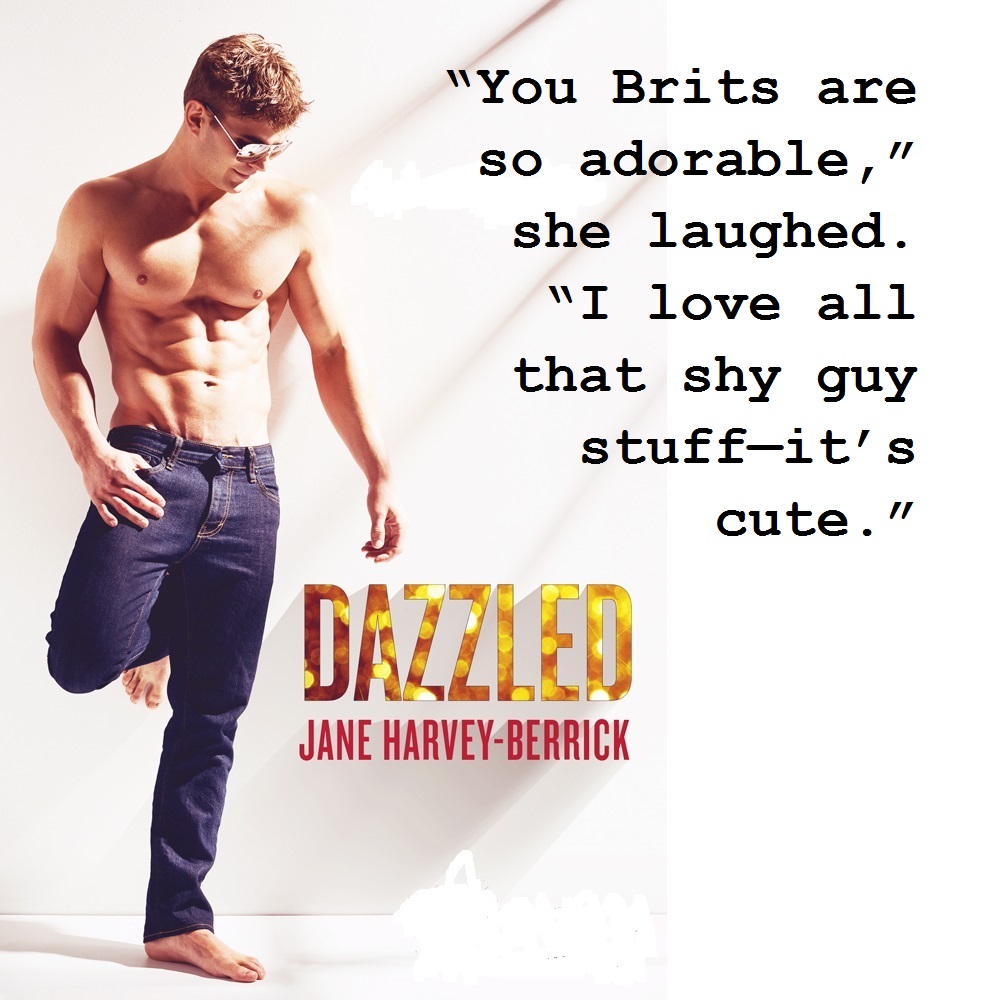 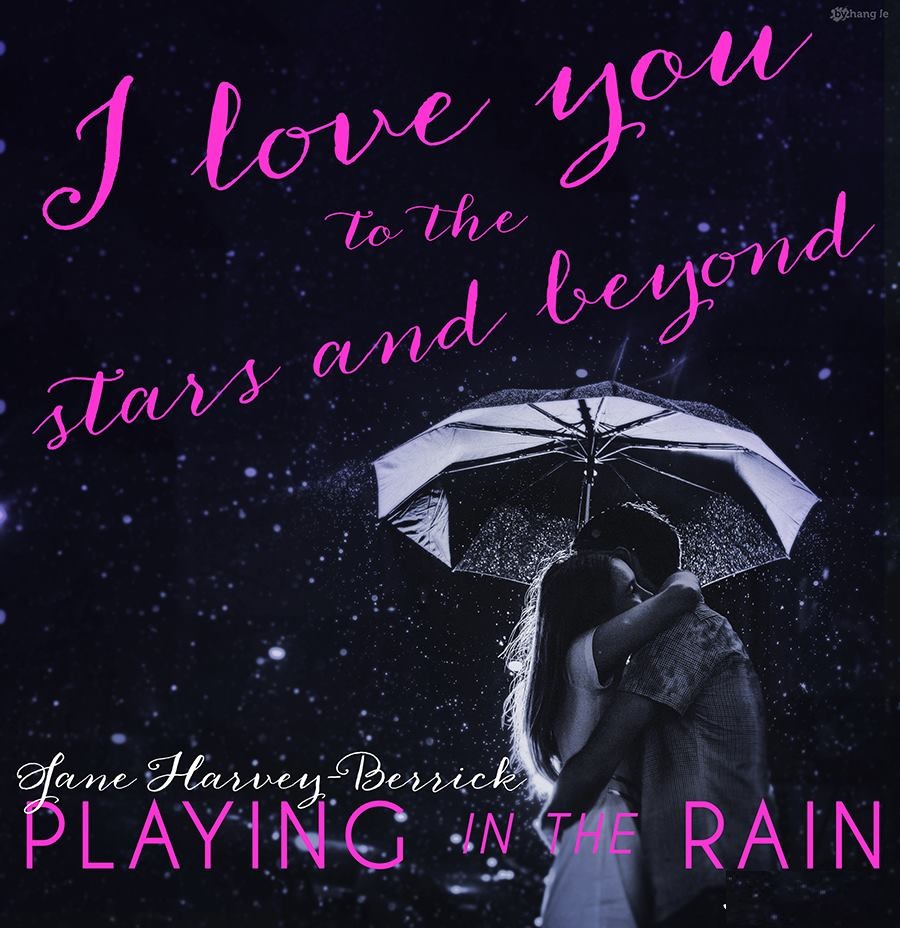 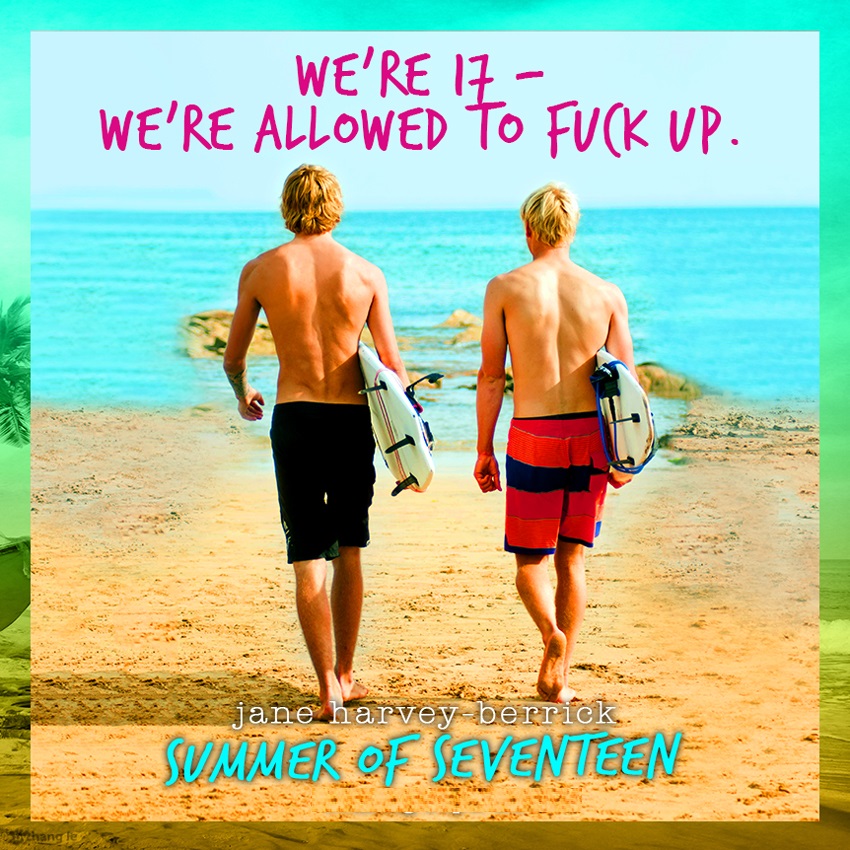 Jane is a writer of contemporary romance fiction, known for thoughtful stories, often touching on difficult subjects: disability (DANGEROUS TO KNOW & LOVE, SLAVE TO THE RHYTHM); mental illness (THE EDUCATION OF CAROLINE, SEMPER FI); life after prison (LIFERS); dyslexia (THE TRAVELING MAN, THE TRAVELING WOMAN).
She is also a campaigner for former military personnel to receive the support they need on leaving the services. She wrote the well-received play LATER, AFTER with former veteran Mike Speirs. (https://www.youtube.com/watch?v=hk1CyB8c0xA )
Author Links
Web Facebook  Twitter  Amazon Page Goodreads Instagram