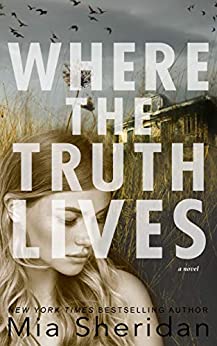 Where the Truth Lives

The follow-up to Where the Blame Lies—Where the Truth Lives is a gripping, page-turning, romantic thriller that will leave you gasping for breath.

When the director of a local mental health hospital is found murdered and mutilated, Homicide Detective Reed Davies is first on scene. What was done to the body is gruesome. Inexplicable. But Reed is dealt another curveball when he finds that the doctor who discovered the victim is someone Reed is intimately familiar with—a woman with whom he shared one passionate night weeks before.

Dr. Elizabeth Nolan is somehow tangled up in the crime, and even while Reed must now question her possible involvement, he can’t help being drawn to the beautiful, enigmatic woman.

As more bodies appear and the devious killer terrorizes Cincinnati, a shocking connection begins to emerge, one that not only involves Dr. Nolan, but Reed himself. A connection more twisted and elaborate than he can imagine. Now Reed must hunt the monster down, a killer who will stop at nothing to see his diabolical plan to its final, deadly conclusion.

Mia Sheridan once again flexes her writing muscles with the romantic thriller-Where the Truth Lives.  I consider it a stand-alone but its foundation began in Where the Blame Lies. The mood of the story is on the darker side and may contain triggers for some. I was both horrified and captivated by the prologue and continued to be drawn in until the very end.

Homicide Detective Reed Davies is desperately trying to find a serial killer. Questions and connections are everywhere and spill into his personal life as well.

Dr. Elizabeth (Liza) Nolan has a connection not only with the killer but with Reed as well. Liza and Reed shared an explosive one night stand and then become reacquainted at a murder scene.

Where the Truth Lives is layered and twisted. At times, heart stopping. The intensity builds. You think you know who the killer is, but then another curve comes and steers you off course! Mia Sheridan writes amazing, beautiful and complex characters. Both Liza and Reed have many emotional struggles involving their pasts. Liza has overcome so much. She is strong and caring and yet at times, vulnerable and self-deprecating. Reed has spent his life trying to overcome his past. He is a strong and loyal warrior.

“Somewhere in there, Reed, in the midst of all those twisted pathways and shadowy corners is…where the truth lives.”

I wrote in my review for Where the Blame Lies that I was happy with the ending (there seems to be some conflict about it). But I would have loved an extended epilogue. Maybe something 5 -10 years down the line. A bonus chapter at the end of a future book??  Well what I got was unexpected and amazing! So much more than a bonus chapter! I highly recommend both Where the Blame Lies and Where the Truth Lives!