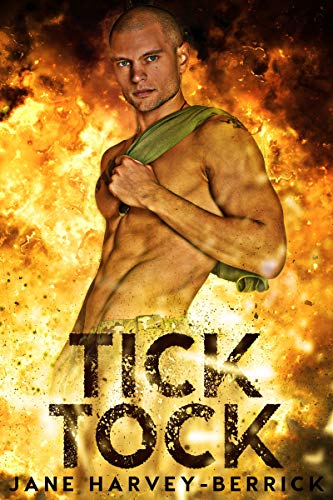 “If you love military romance, if you love suspense, then TICK TOCK will be for you”

“A story of courage and compassion in the darkest places”

Forget SEALS, Marines, Fighter Pilots – I have the most dangerous job in the world. And I love it.

James Spears is part of an elite group who lives and breathes danger. Where others run from it, he walks towards it, calm, focused ice-cold. James is a top EOD operative.
Explosive…
Ordnance…
Disposal…

You’d call him a bomb disposal expert. Or crazy. A guy with a death wish. He’s heard it all before and he doesn’t give a shit. He’s the best.

They say he doesn’t have blood in his veins, he has ice. They say he has no nerves.
All that’s about to be tested.

Amira is recruited by the CIA to infiltrate a terrorist cell living in rural Pennsylvania. She’s the perfect plant, no one would ever suspect her. Because her brother was killed when a bomb was dropped on the Syrian hospital where he was working as a doctor. And now hate burns deeply inside her. She’s perfect.

That’s what they tell James when he’s told to train her to be the best damn bomb-maker there is. In a secret camp, deep in the woods, James teaches her everything he knows about building bombs. He’s not a praying man, but now he’s really hoping that he’s doing the right thing.

This hasn’t been an easy book to write for lots of different reasons—it’s important to me, so getting the research right has been tricky.

They have guided and advised, but ultimately it’s my book, so any mistakes are mine and mine alone.

The aim is to be respectful to both communities, and to tell a story of love and compassion in a very dark place.

There may be ‘triggers’ for some people in the story, so please be advised.

In the end, it’s a love story, not a hate story, and I hope that’s the part that remains with you.

Well, Jane Harvey Berrick…you just BLEW ME AWAY (pun intended).  This book was WOW.  These characters, this story, it’s so much more than just a military romance.  It’s a testament to soldiers and families everywhere.  You showed us different angles of peoples experiences and in such a way that I was in awe.

These characters, Amira, Clay, James, Smith… every one of them had their own story.  This book isn’t for the faint of heart. My blood pressure was elevated, I was sweating, sitting on the edge of my seat, praying and hoping for these characters to find their way.  To find what they were looking for in their lives, in their relationships with each other and within themselves.

The writing was brilliant, the storyline current and prevalent to our world today.

Only one problem…I need more. 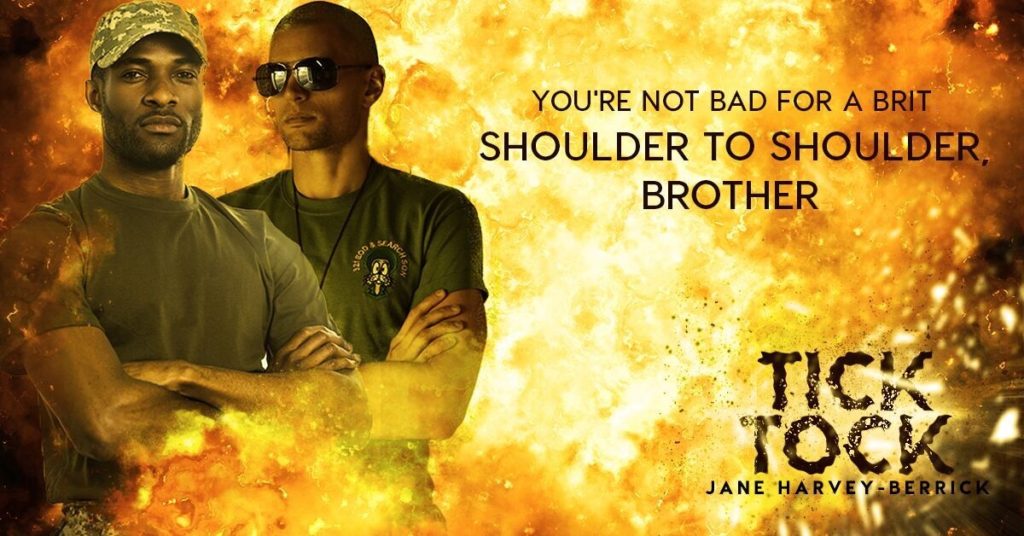 I’ve never been afraid of dying. It’s living that scares the hell out of me.

But in the bomb suit, I am utterly alone.

There is no today, no yesterday, no tomorrow.

There is no God, no Devil, no good, no evil.

Just me. And the sound of my breathing, loud and rhythmic.

Just me. And this bomb.

A bomb is a device that is designed to kill, maim or harass.

I’m not afraid. I don’t have time to be afraid.

The sun burns down, the light is a white haze, sweat runs into my eyes. The longer I’m out here, kneeling in the dust, the more vulnerable the team watching my back.

I can’t be quick. I have to be certain.

Because if I’m wrong, I die.

I am an EOD operator.

I am the Tick Tock man.