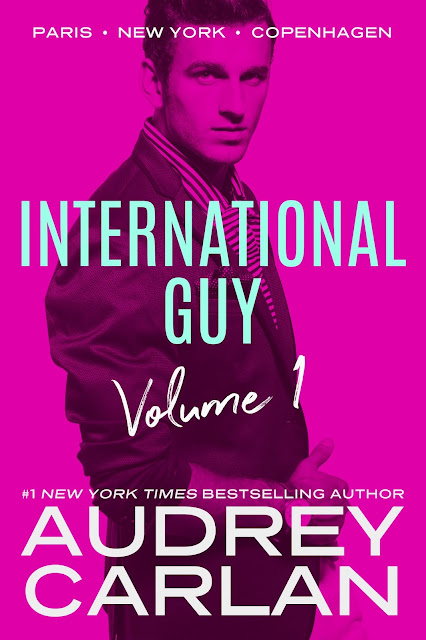 Title: International Guy: Volume 1
Paris, New York, Copenhagen
Series: International Guy #1-3
Author: Audrey Carlan
Publisher: Montlake Romance
Genre: Contemporary Romance
Release Date: July 10, 2018
Blurb
This volume includes the first, second, and third
International Guy novellas from #1 New York Times bestselling
author Audrey Carlan.
My name is Parker Ellis. You can call me The Dream Maker.
This is where my story begins.
There’s a world of women waiting for me, but my journey
starts here, in three cities: Paris. New York. Copenhagen.
International Guy Inc. is owned and operated by Parker
Ellis, a ladies’ man with a high IQ and a big libido. He’s the most successful
life and love coach in the world, and he’s smart enough to know he can’t run a
multimillion-dollar company alone.
He hires two friends whose areas of expertise complement his
own. They comprise The Dream Maker, The Love Maker, and The Money Maker.
Together, they advise the wealthiest people in the world: Hollywood hotshots,
European royalty, and the CEOs of multibillion-dollar companies. And sometimes
they can’t help it when things heat up and they end up in bed with their
clients. Quite literally.
This International Guy likes his playboy lifestyle, and he’s
not looking for commitment. After all, there’s a whole world waiting for him.
But as he goes from city to city, and from woman to woman, it’s possible that
he just might find his own love along the way…

International Guy is a series of 12 novellas featuring Parker Ellis, Bogart Montgomery (Bo), and Royce Sterling (Roy). Volume One features Paris, New York and Copenhagen. I was curious as to whether or not International Guy would be the male version of Audrey Carlan’s Calendar Girl. At first glance, this series is very different from that series. The stories also go in many directions. Just when I think I know where the story is headed, it takes a sharp left turn…

Told from Parker’s POV the story took me places I wasn’t expecting. The concept of International Guy is advising and ‘coaching’ wealthy and or famous people who need a little guidance. ‘Paris’ is fast paced. As the series kicks off we meet Parker Ellis, CEO of International Guy Inc. which he runs with his friends Roy and Bo. Parker advises on life & love, also known as the Dreammaker, Bo on fashion is the Lovemaker and Roy on finance and business is the Moneymaker.  They each have a particular quality that they bring to the table for their clients.

At International Guy, we cater to the client’s needs. No request is too demanding or too strange. As long as it’s not illegal…we’re in.

Their current job is to assist perfume heiress Sophie Rolland as she steps into the role of CEO. I did not connect the way I had hoped that I would. There is some chemistry between Parker and Sophie but things go in several other directions. I was surprised. The writing is good, I just didn’t like a few situations. ‘Paris’ surprises Parker with the outcome….

It seems that the blurb indicates that Parker will be the main attraction with a side of Bo & Roy…..

“This International Guy knows that there’s a whole world waiting for him. But as he goes from city to city—and from woman to woman—it’s possible that he just might find his own love along the way…”

Parker now finds himself in New York City. His assignment – helping a famous Hollywood starlet Skylar to get her ‘muse’ back. This one is tricky for Parker as the starlet has been his all-time celebrity crush. Their chemistry together is wild. And once again, Parker incorporates a gigolo vibe while helping Skylar get her muse back. He does get to know Skylar and helps her find enjoyment in what she does and who she is. Skylar changes but so does Parker…..

“I’d like to admit, being here, sitting next to this woman, feels so completely natural. Peaceful even…..”

As they part, Parker and Skylar make certain promises to each other. Parker is in deeper than he realizes.

Parker’s next assignment: ‘taming’ Princess Christina Kaarsberg for the Danish throne as she has been spiraling out-of-control. He swoops in and does what he does best – observe, analyze, and figure out what is really going on. At least his gigolo tendencies took a break this time…. We get a second peek at Skylar and a surprise appearance from Sophie Rolland (Paris). Revelations are revealed…..

“You better be careful. You are easy to fall for. I should know.”

For such a smart guy Parker totally misses the clue. Next up Milan……

“Part of life is taking the hits and learning how to live with the scars left behind.”

I am a huge fan of Audrey Carlan! I loved the Calendar Girl series and there are more similarities with International Guy’s Parker and Calendar Girl’s Mia, but they are not obvious. I hope that as International Guy moves forward it will develop deeper connections for Parker in his international journeys. It was a slow journey for me so far to get to love Parker. Looking forward the next chapter and hoping for a bit more depth as Parker finds himself in Milan… 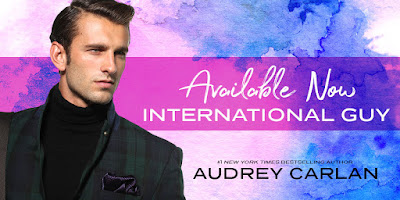 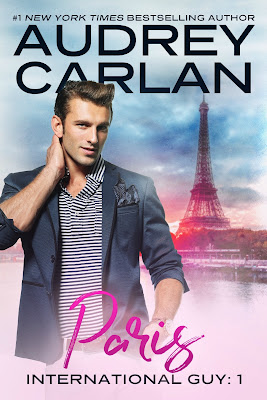 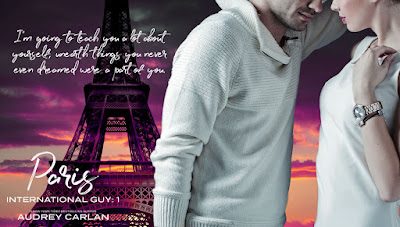 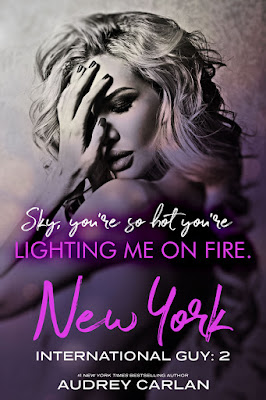 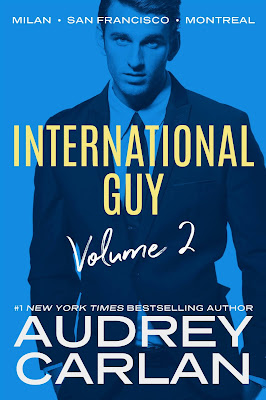 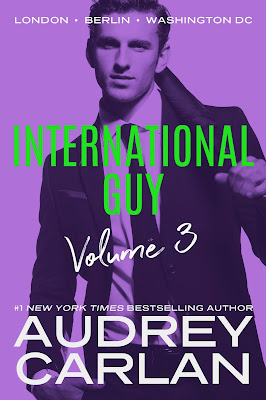 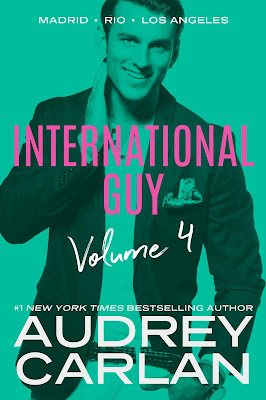 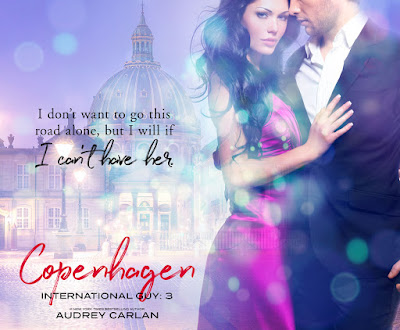 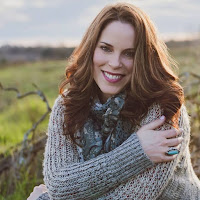 Audrey
Carlan is a #1 New York Times, USA Today, and Wall Street Journal bestselling
author. She writes wicked hot love stories that are designed to give the reader
a romantic experience that’s sexy, sweet, and so hot your e-reader might melt.
Some of her works include the wildly successful Calendar Girl Serial, the
Trinity Trilogy and the highly anticipated International Guy Serial.

She lives
in the California Valley where she enjoys her two children and the love of her
life. When she’s not writing, you can find her teaching yoga, sipping wine with
her “soul sisters” or with her nose stuck in a wicked hot romance
novel.
Author Links
WEBSITE
BOOKBUB
AMAZON
FACEBOOK
FACEBOOK GROUP
GOODREADS
TWITTER
PINTEREST
INSTAGRAM 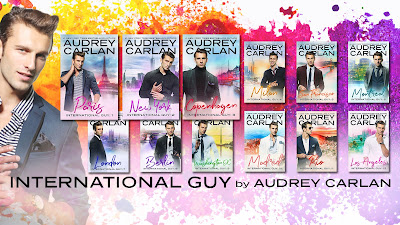