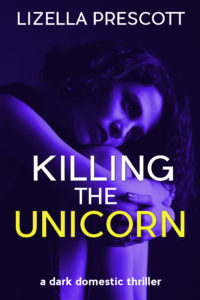 Fans of B. A. Paris and Ruth Ware will love this dark and disturbing psychological thriller.

She inhabited my dull, threadbare marriage and made it into something glamorous and exciting. Gentle reader, I hated her…

Since having twins, Helen has lost her waistline, her libido, and her edge. Mann, her wealthy, high-flying husband, has tried to be patient. But he needs more than she can give. A lot more.

When he asks to open their marriage, Helen reluctantly agrees. She would rather bend than risk a high-stakes divorce.

When Mann connects with Julia, Helen is relieved. At first. She likes Julia, a gentle woman with a tragic history. But her husband is moving fast. Too fast. And a series of odd events unnerves Helen and makes her wonder if Julia is lying about her past…or worse.

Helen becomes obsessed with Julia even as she questions herself and her motives. To protect her children and her sanity, she is driven to discover the truth: is Julia a danger to her family, or is she?

Killing the Unicorn by Lizella Prescott is not my usual type of read. I’m more of an emotional reader… books that make me feel, but the synopsis of this one had me intrigued. So, I took a shot and it paid off. I ended up really enjoying it.

The beginning was a little slow for me, but once it picked up I was all in! It’s a twisty psychological thriller that kept me reading, guessing and thinking. Helen’s life appears perfect. She is married to a billionaire, Mann Gottlieb, and has two beautiful twin toddlers. After a tough pregnancy and birth, Helen finds herself over weight and uninspired. She still loves her husband, but their sex their life is suffering. To her surprise, Mann suggests (of course to save their marriage… hummm) a polygamous relationship. This is something that I, personally, could NEVER do, but putting my feelings aside, I can understand why Helen agreed… She was extremely desperate. This is where we meet the seemingly perfect, Julia. She swoops in and does everything right. At first, things are actually good, maybe too good. As the story unfolds it takes a dark turn. This is where the plot gets intense and addictive. Helen senses something is terribly wrong…. Is she being paranoid or is something sinister going on? At first, I disliked Helen. She was insecure, whiny and self-loathing. I needed this chick to stand up for herself and get it together. I could not relate to her until further into the book. Then I began to actually feel for her situation. Was she delusional or was she right? How many women have had gut feelings but are made to feel crazy?

Some aspects of Killing The Unicorn were bit over the top, but I just went with it and found myself entertained. After all, it is fiction! If you are looking for a book to get lost in, this one is for you.

I smelled his musky aftershave before I felt his embrace. His arms wrapped around me, and his lips found the soft, tender skin on my neck. Out of habit, I leaned into his hard, sculpted chest. At six-feet and change, he was nearly a foot taller than me. Once upon a time, his muscular frame had made me hot and wet with liquid joy.

“The kids are finally asleep,” he rumbled, nuzzling my ear. “Let’s have some grown-up time.” His hands roamed from my bulky waist to my overstuffed thighs.

I closed my eyes and pictured my husband Mann just a few weeks past his thirty-ninth birthday. He might have been a movie star or a model if he hadn’t fallen for technology first. His hair was a deep chestnut, subtly salted with gray. His eyes were a warm, thoughtful brown. His nose, broken in a lacrosse accident many years ago, was a few endearing millimeters away from perfection.

He was the father of my adorable, two-year-old twins, and he still wanted me, with all my lumps and flaws. I should have melted into him. I should have burned with longing. I should have desperately wanted to shuck off my clothes, to be vulnerable and intimate and seen.

But I felt nothing but a bone-deep exhaustion, lightly tinged with irritation. I had just finished putting our two cherubs to bed after a grueling day of attachment parenting. All I wanted was to savor the quiet of the house. Besides, sex in its most traditional form was painful for me, a side effect of an unspeakably difficult pregnancy.

“C’mon, honey,” he whispered, pressing himself into me. “We don’t have to do anything that will hurt. I just want to be close to you. It’s been so long.”

He was right. It had been a long time, longer than I care to say. I decided I had to try. I had been a half-assed sort of wife since the girls were born, and he deserved more. We deserved more. I half-moaned, half-sighed as his hands found my round, flaccid belly. I would fake it until I felt it, or something like that…